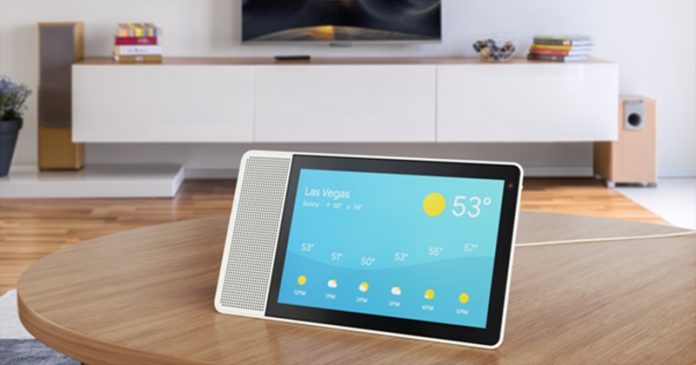 A new category of products has surfaced in recent months. If you follow tech somewhat, you’ve probably heard of the term “smart displays”.

But what exactly are smart displays and why should you really care about them? In this article, we take a look at this new type of gadget and see what sets it apart from the other available tech on the market.

The definition of smart displays

Smart Displays are basically virtual assistant-powered speakers that also feature a screen. The first company to give this concept a go was Amazon with its last year’s Echo Show, although the company didn’t market it using the “smart display” moniker.

The touchscreen adds extra functionality to the classic Bluetooth speaker equation by allowing users to do things like watch photos/videos, place voice calls and more.

You might have noticed by now that smart displays do sound a lot like tablets. In both cases you get a touchscreen display you can use for your entertainment. And both types of products give you access to a virtual assistants like the Google Assistant or Alexa.

But there’s one big difference between the two categories. Smart displays aren’t really meant to be carried around, they aren’t portable. Instead, like a land phone, they are meant to take up a stationary place inside your home. Moreover, these gadgets are also set up so that you can easily control what other smart devices you might have laying around the house.

On the other hand, the experience of a tablet is far more customizable, thanks to the huge number of apps and games it can run and the numerous tweaks you can apply to Android.

While on smart displays, you get the virtual helper which has been adapted for this type of products, so things are a lot bolder and simpler. However, smart displays aren’t just another type of Android device, so you won’t be able to load up Android apps.

What smart displays are currently available on the market?

If you’re looking to give the new smart display category a shot, you currently have a few options at your disposal. 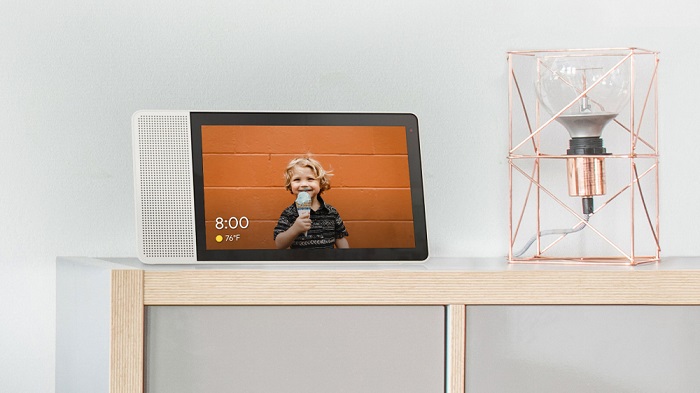 Lenovo’s Smart Display launched this summer with all of the great features of the Google Assistant on board. This includes allowing users to listen to music from their favorite services including Spotify, Pandora or YouTube Music. You’ll also be able to get directions from Google Maps, watch YouTube videos, check the calendar and have a quick video chat.

The Lenovo Smart Displays comes in 8-inch and 10-inch flavors. The larger one features a FHD panel, but both include a 10-watt full range speaker. Prices start at $199. 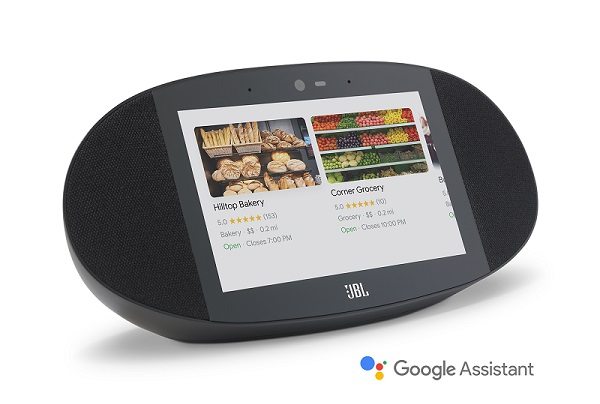 In contrast to the Lenovo device,  the JBL Link View smart display doesn’t look very much like a tablet. Instead it’s shaped like an oval that gives you the impression you’re actually looking at an alarm clock.

The product is IPX4 rated and comes with an 8-inch screen. The display is flanked by two 10W stereo speakers that work in concert with a passive radiator to produce “rich, deep bass”.

The smart display also supports Google Cast and features a 5-megapixel camera on top of the screen. You can get one for $249.95.

LG also has a smart display with Google Assistant. Powered by the company’s ThinQ platform, the WK9 features an 8-inch display and speaker tuning from Merdian Audio. However, unlike the other options in this list, the WK9 boasts a bulky, rather unappealing design. 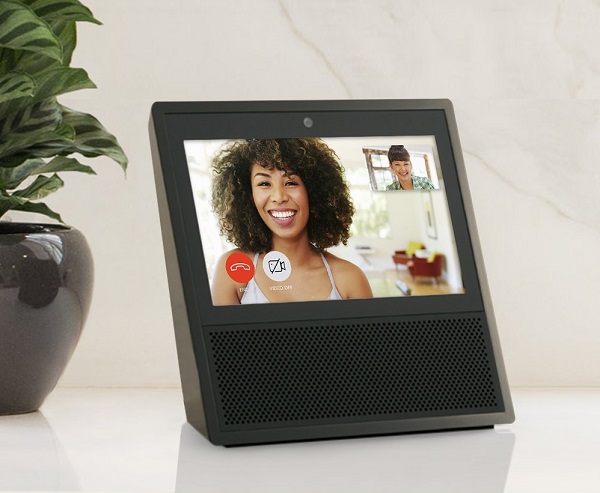 If for some reason you’re not really a fan of the Google Assistant, you might want to check out Amazon’s Alexa-infused smart display line up. The Echo Show was actually the first smart speaker to come equipped with a screen.

The device lets you access Amazon Prime Video content, which is perfect if you’re a Prime user. What’s more, you also get access to Alexa’s extensive skills library. The product is currently available at the discounted price of $129.99. 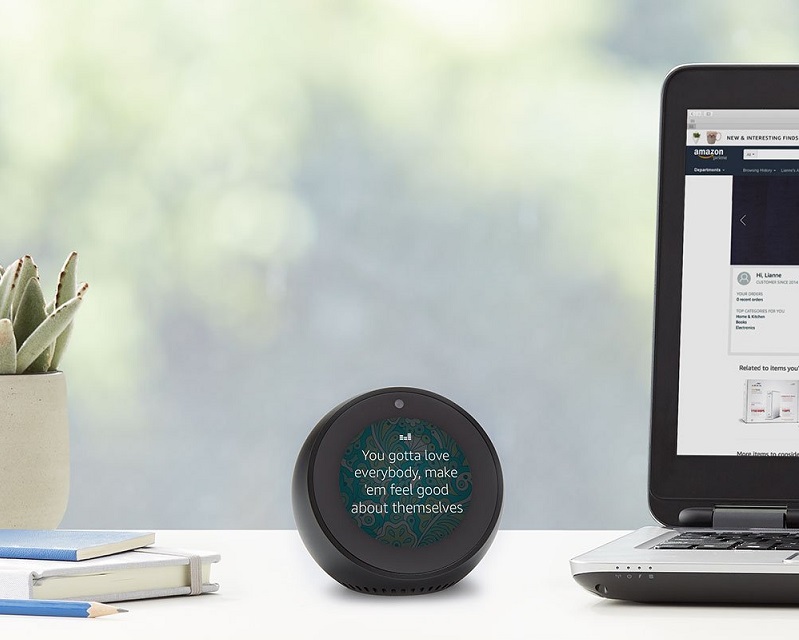 The Amazon Echo Spot is a small circular device with a tiny display in the middle. And while you won’t be able to use it for watching videos, the device makes for a pretty nice video chat phone/fancy alarm clock. It’s also one of the cheapest model from the list at $129.99.