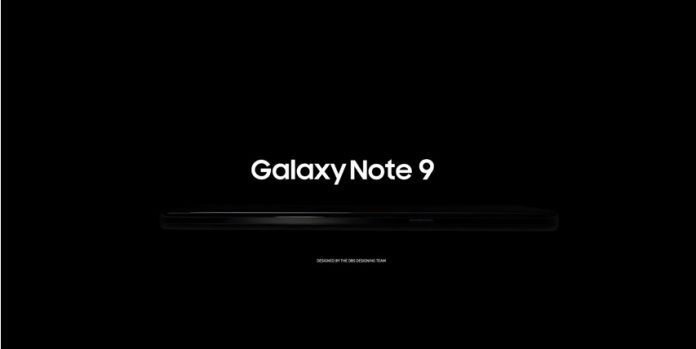 With the Samsung Galaxy S9 out, the next big thing to look forward from the Korean tech giant this year is the Galaxy Note 9.

Well, the first rumors regarding the phablet have started to emerge online, revealing a few preliminary details.

In the months that follow, leaks regarding the Galaxy Note 9 will intensify, so more information about the upcoming phablet will be made available to us.

For this article, we’ve gathered together all the info currently available regarding the Galaxy Note 9. The piece will be updated regularly, as new details leak out.

The current Samsung Galaxy Note 8 comes with a metal/glass body with curved edges and a dual-camera setup on the back.

That’s pretty much how the Galaxy Note 9 will look like. Most likely the upcoming phablet will be similarly-styled as its predecessor, with not many visible differences to speak of.

The recently-launched Galaxy S9 also looks very similar to its predecessor, so expect the same story in the case of Samsung’s second flagship this year.

Obviously, the bezels on top and bottom are going to be a tad slimmer than last year, although the differences won’t be considerable.

Luckily (for some), we don’t expect the Galaxy Note 9 to come with the controversial Notch. Rather, the company will stick to the design language most Samsung fans know and love.

Over the last few months, we’ve seen several reports claiming the Note 9 will feature a fingerprint sensor under the display. Although, back in March, reputed analyst Min-Chi Kuo of KGI Securities claimed the phablet won’t get the new authentication tech after all.

But who knows, Samsung might end up surprising us after all. Fingerprints readers under the display represent the next-gen in mobile authentication tech, so lots of people are excited to see it in action. But Samsung seems to be struggling with the implementation. A previous report claimed that both ultrasonic and optical solutions have failed to meet the company’s self-imposed standards.

Moving on to the display, the phablet is expected to grow a bit in size this year. According to the latest rumors, the Note 9 will feature a 6.4-inch screen. Which tops the Note 8’s 6.3-inch panel. The phone will most likely benefit from the same “modern” 18:9 aspect ratio as its predecessor.

We expect the device to boast a beautiful Super AMOLED display like always, quite possibly with Mobile HDR. In terms of resolution, the Note 9 could launch as Samsung’s first 4K handset. Although for now, we haven’t seen leaks suggesting a resolution increase.

Before we go on and talk about hardware, it’s worth reminding you about an interesting possibility.

Last year, Samsung’s Koh Dong-jin said that Samsung aims to launch a foldable smartphone next year under the Galaxy Note brand. So the Galaxy Note 9 might be the bendable phone we’ve been hearing about for the last few years. However, Koh warned there are still hurdles to overcome, so the release might be pushed back. 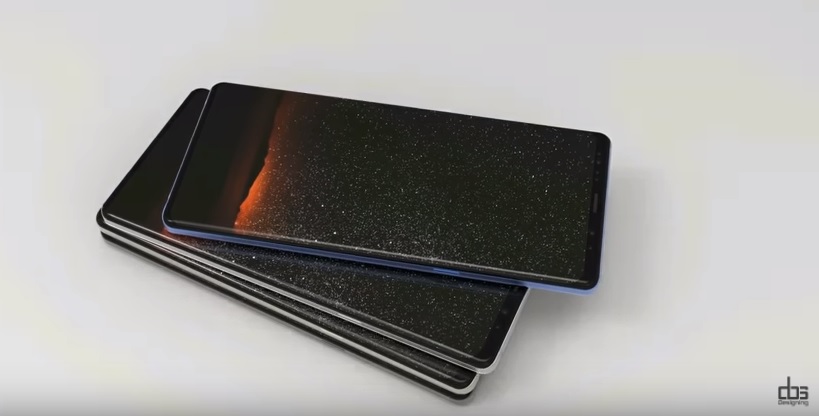 Like the Galaxy S9 and Galaxy S9+, the Note 9 will get the Snapdragon 845 treatment too. As usual, some models will get the Samsung Exynos chip, depending on the market.

The Note 8 has 6GB of RAM under the hood, and we don’t expect an increase in this department. Although, the base version of the Galaxy Note 9 might arrive with 128GB of storage.

And now for the best part: well-known leakster Ice universe has suggested the phablet could have either a 3,850 mAh or 4,000 mAh battery. Samsung hasn’t apparently made a final decision yet.

Huawei’s P20 Pro started a new trend in mobile photography by embedding not two but three cameras on the back of the phone. Will Samsung follow suit, or will it just offer an improved dual-camera setup on the Note 9?

We’ll just have to wait and see. Although, we dare speculate the Note 9 will take advantage of a dual-camera with variable f/1.5-f/2.4 aperture just like the Galaxy S9+.

Samsung will probably keep one telephoto lens and one wide-angle one, just like on the Note 8 last year. Remember the soon-to-be predecessor was the first to bring dual optical image stabilization in the game. So no doubt the Note 9 will come with some worthy enhancements.

At this point, it’s not clear whether Samsung is looking to increase the resolution of its rear and front cameras. No doubt, we’ll know more soon.

Samsung focused on audio this year, by outfitting the Galaxy S9 with a pair of AKG-tuned stereo speakers. On top of that, there’s improved bass performance, less distortion at higher volumes and access to Dolby Atmos surround sound tech. So we expect the Galaxy Note 9 to borrow some of these features when it arrives.

The Note 9 will arrive with Android Oreo (hopefully, the latest version) with its own Samsung Experience software over the top.

At MWC 2018, the company’s CEO DJ Koh said that the latest version of Bixby will be introduced alongside the phablet. He also added Samsung is looking to develop an ecosystem of products for Bixby 2.0. Samsung already confirmed a Bixby-powered speaker is on the way.

Obviously, AR Emoji will also be part of the Note 9 package, although we hope it’s an improved version.

Traditionally, the next-gen Galaxy Note phone arrives in the latter half of the year. The Korean tech giant usually unveils during the IFA trade show in Berlin.

The Galaxy Note 8 made an official debut on August 23, so we wouldn’t be surprised if the Note 9 will follow the same route.

However, a report coming out of The Investor indicates the phablet might arrive earlier this year. In a bid to beat the iPhone X2 to the market, Samsung could unveil the Note 9 in July.