Earlier today, Lenovo announced the Moto Z and the Moto Z Force, two flagship level phones looking to redefine what is means to be modular for a smartphone. Aside from the high-end hardware offered in these phones, the biggest feature Lenovo touted was the ability to snap-on different back plates called Moto Mods that allow for different styles and functionality for the phone. “Snapping is the new flipping.” according to Motorola. The Moto Mods attach to the new Moto phones via strong magnetic pins located on the lower back of the device and the mods themselves.

Lenovo announced four Moto Mods to be available first with more coming in the future from third-party companies. They even announced an award of $1 million dollars to any company that comes up with the best Moto Mod by May 31st, 2017.

The first of these mods is the JBL SoundBoost Speaker, providing loud, stereo sound right at the palm of your hands, with 3W per speaker totaling 6W . This mod also includes a built-in kickstand and extra battery (1000 mAh) that supposedly adds 10 hours of additional battery life. The SoundBoost mod weighs 145 grams. JBL has an impressive array of speakers already and has earned a reputation of selling very high-quality Bluetooth speaker sets. 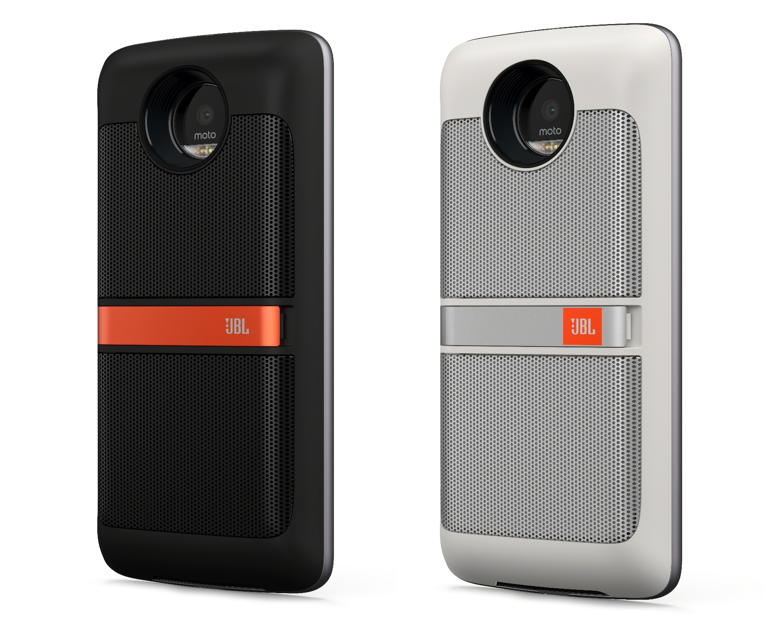 Next up is the Moto Insta-Share Projector. This one was built in-house by Motorola, and with a quick snap onto the Moto Z allows the phone to project its screen up to 70 inches on a flat surface. It includes a kick-stand and 1100 mAh of battery life for an extra one hour of projecting. The mod weighs 120 grams and projects at 854×480 WVGA resolution with 50 lumens nominal brightness. 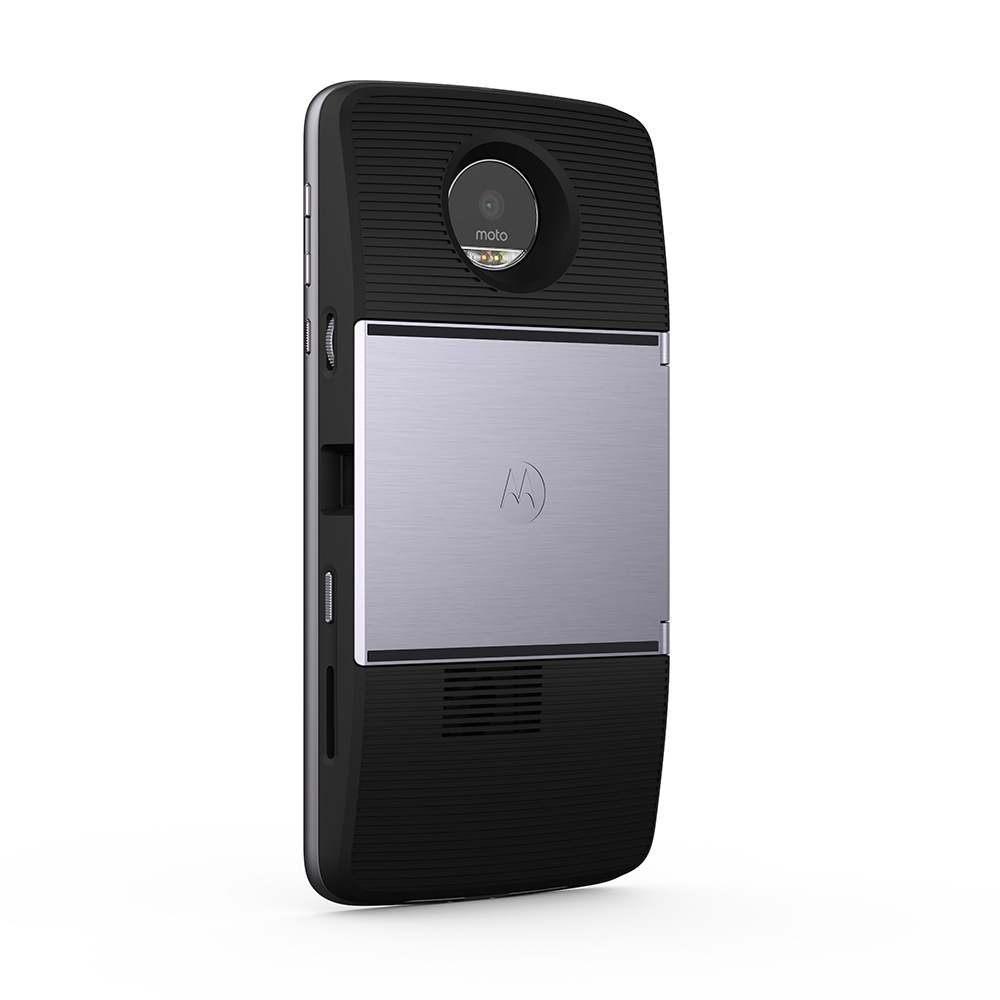 The third Moto Mod is the Incipio offGRID Power Pack, giving the Moto Z up to 22 hours of extra battery life without adding too much bulk. The pack charges the Moto Z at a rate of 4-6W depending on the battery level. There’s a wireless changing (85 grams) and a non-wireless charging option (79 grams) of this mod. Each option can be chosen from black, white, Kate Spade New York, and TUMI designs. The final official Moto Mod for the Moto Z is the Style Shell, which is basically a more advanced version of a swappable back cover. These different style back covers, like the other mods, magnetically seal to the phone, allowing for seamless and effortless switching of styles. These styles include real wood, leather, different fabrics, and more. 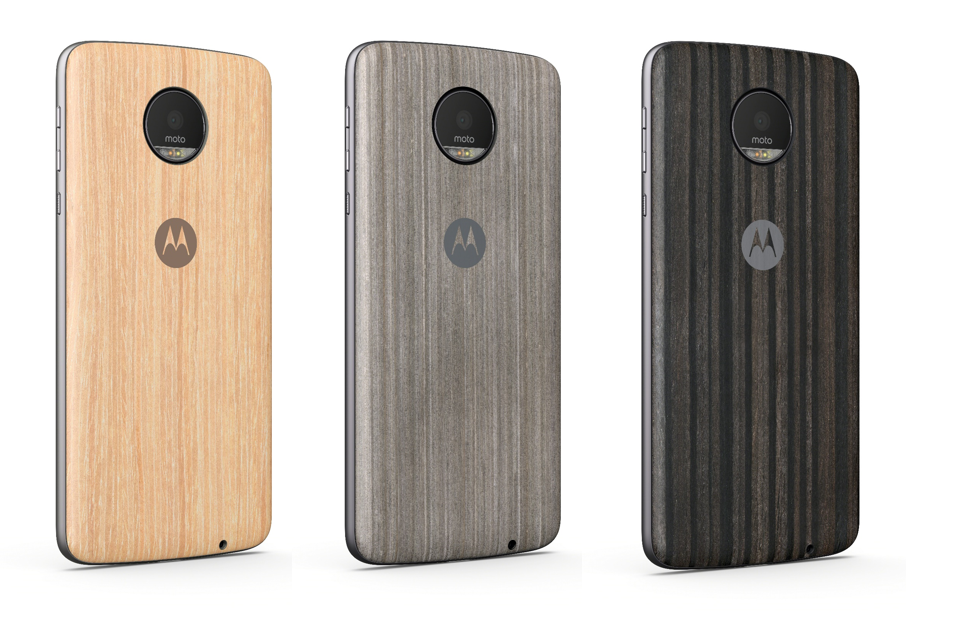 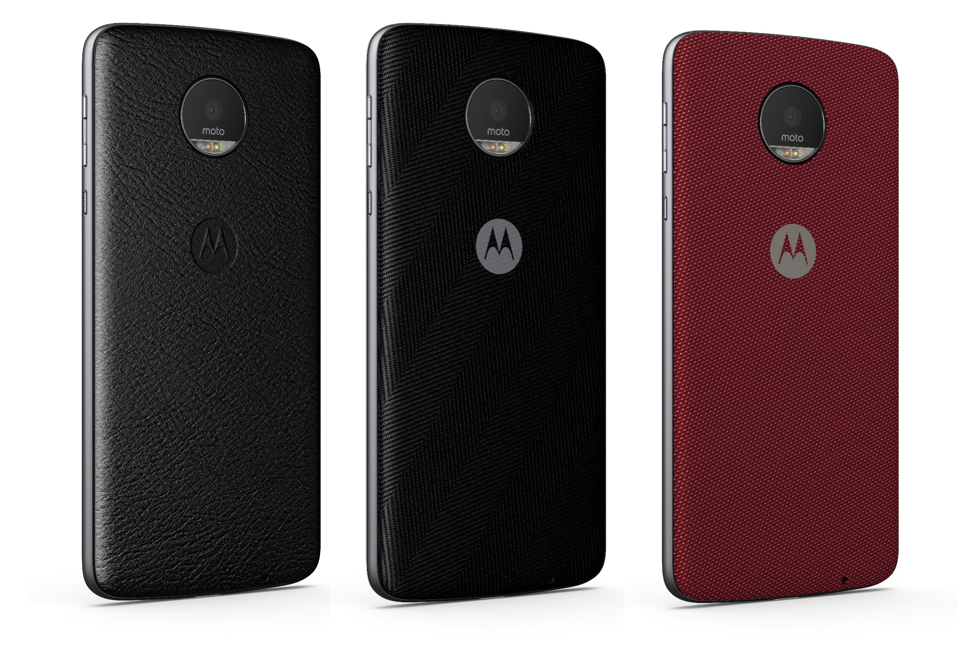 All-in-all, Lenovo has impressed me with Moto Mods. While JBL’s Sound Boost system seems too bulky to keep on your phone all the time, it will definitely come in handy for a camp-out or even hanging out in your room. Motorola’s Insta-Share Projector is truly a unique device, and I can definitely see myself using it on the ceiling of my room for Netflix as I doze off. Incipio’s battery mod looks to be the most popular mod because of it’s slim size and solid amount of battery life. Because the Moto Z is so slim already, adding this battery mod still won’t make this phone bulky overall.

These mods, along with the Moto Z, will be exclusive to Verizon for a few months then sold unlocked. Which one of these has caught your interest?