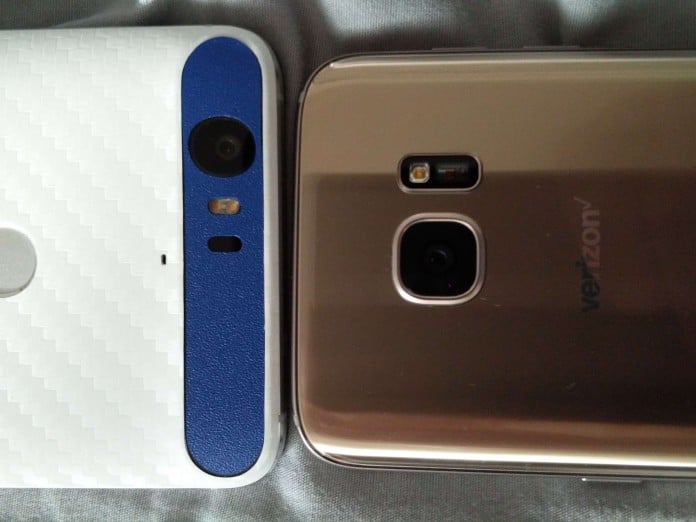 I’ve been using the new Samsung Galaxy S7 for about a week now. I’m nowhere near ready to write my review on the phone because I still have much to learn but I already know that at the end of the review period I’m going to box it up, send it back to Verizon, and never put my SIM card into one again.

That’s not to say that Samsung’s 2016 flagship isn’t a great phone; it is. In fact, after using it and playing with it’s curved-screen brethren last week I was prepared to create a Swappa listing for my Nexus 6P and go to my local T-Mobile store to shell out my hard-earned cash on a Galaxy S7 Edge. That thing is an absolute pleasure to hold in the hand. 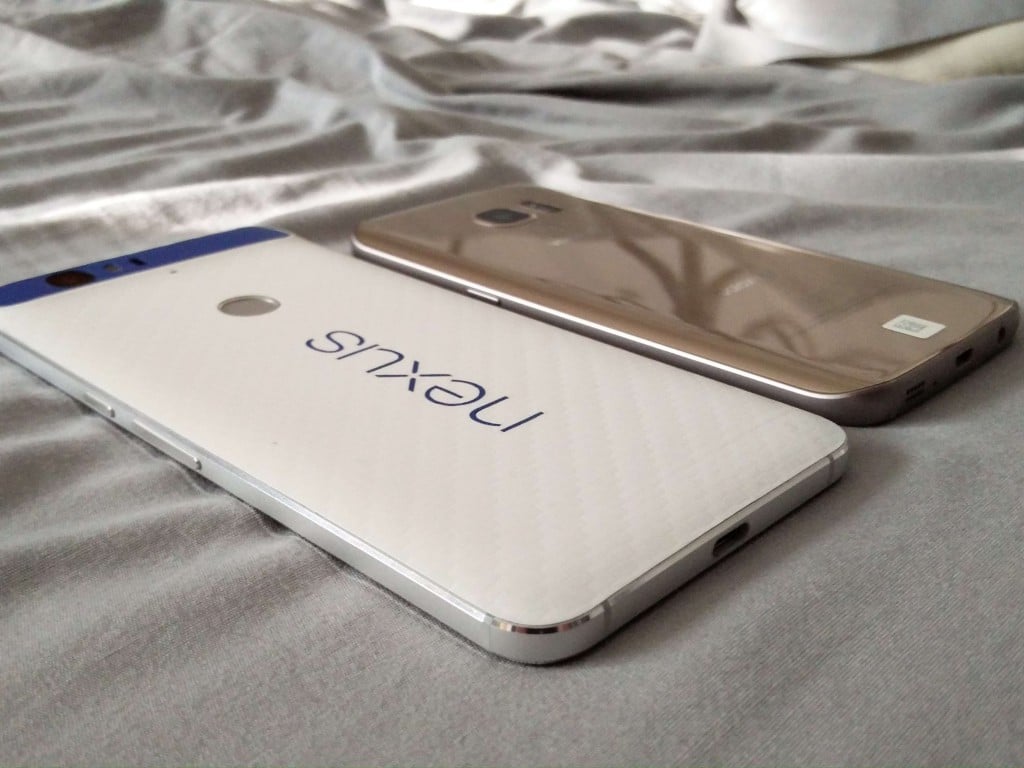 But then I starting thinking about what I would be giving up by trading in my Nexus 6P for a shiny new Galaxy S7 Edge. Not only would I have to go through all of the headache of selling my Nexus but then I would have to shell out another ~$400 and would it really be worth the upgrade? Would it even be an upgrade at all?

More than likely, that would mean that I wouldn’t see Android N (I’m pulling for Nonpareils) until March of next year, despite the fact that Google’s next tasty treat will be available on Nexuses (probably) in August of this year. After that, who’s to say whether the Galaxy will ever see another major update. It’s not really a big deal as long as it works, but software updates are a value-add to me and that’s something I would be missing out on with Samsung’s offerings.

I could probably sell… still be about $300-400 short of a Samsung Galaxy S7 Edge… What would that extra money get me? Samsung Pay and an objectively more attractive (yet, fragile) phone… a new host of issues that I’m not ready to deal with.

Touchwiz has taken broad leaps over the last few years with regards to cleaning up the lag and (particularly with this year’s phones) finally making a phone that will leave me without battery anxiety but there are still so many things that Samsung did to their UX that drive me absolutely batty.

That I need to click (only once) on a lockscreen notification and then unlock the phone in order to open into my desired application is just terrible. To clarify, you must single-tap on the desired application and then carefully engage the unlock mechanism without accidentally touching somewhere else (we’ll get to that) in order to have the phone open to that app. What’s worse is that it behaves differently when you have a trusted Bluetooth device. On a Nexus you just double tap on the desired application’s notification and it will bring up the unlocking prompt for you. If you are connected to a trusted Bluetooth device then it just goes.

The fact that there’s no discernable way to quickly (or at all) turn on Do Not Disturb for a pre-determined amount of time such as the next 2 hours while I’m in this movie or until my next alarm, annoys me every single time I want to use those features.

I’m neither for nor against having physical buttons on a phone; it honestly makes no difference to me. However, the ability to wake and unlock the phone simply by pressing my finger to the fingerprint scanner is invaluable and without compare. The fingerprint scanner on the Galaxy S7 is fine but I often find that I need to re-seat my finger to make it work, which is just wasting time. It also doesn’t use Nexus imprint, so there’s no guarantee that it will be compatible with apps that implement the Google API. 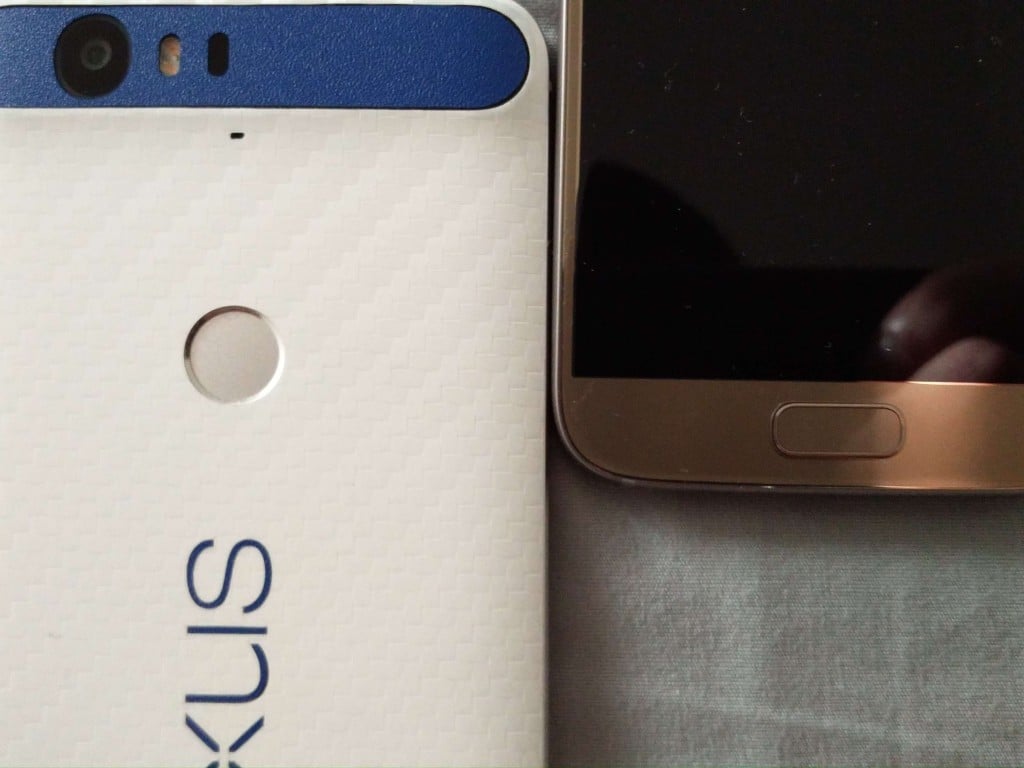 I was talking to some of the other folks when I was playing with the Galaxy S7 Edge last week and lamenting over the fact that I was sure there would be false touches on a screen that you can’t help but be touching if you’re holding the phone. The other people there assured me that wasn’t a problem and Matt Adams remarked in his review of the phone that it took some getting used to but I can’t stop accidentally touching things on the edge of the Galaxy S7 and it drives me insane.

I’m constantly accidentally dismissing notifications and hitting buttons in apps and I hate it. This isn’t something that I have to deal with on the Nexus. Admittedly, that probably wouldn’t be a problem if I slap a case on it, but half of the reason that I wanted the S7 Edge was because it’s such a beautiful phone that does really feel good in the hand. Once I put a case on it, it looks and feels just like every other iPhone and Xiaomi from here to China.

This is another pretty small thing, but Samsung chose to go for a Micro-USB again this year when every other OEM is switching over the USB Type-C and it’s superior everything. And for the sake of, what, making their new generation of phones compatible with the Gear VR? If the Galaxy S7 didn’t have wireless charging I would just cry myself to sleep every night.

I’m not going to pretend that the Nexus 6P is perfect. I honestly wish it were smaller and weren’t housing the angriest SoC that Qualcomm has ever birthed. The camera on the Galaxy S7 is clearly superior and Google Cardboard is no match for the Gear VR. But underneath it all is pure, unadulterated Android. For better or for worse, it is clean and without bloat and 9 times out of 10 blows away the competition when it comes to overall smoothness of the OS. And those front-facing stereo speakers! *swoons*

The point is, I paid $500 for the Nexus 6P six months ago and it has served me well in that time. I could probably get about $400 for it on Swappa and then I would still be about $300-400 short if I wanted to buy a Samsung Galaxy S7 Edge and what would that extra money get me? Samsung Pay and an objectively more attractive (yet, fragile) phone, but a new host of issues that I’m not ready to deal with. I’m not made of money. I put my pants on one leg at a time just like everyone else. If I were, I’d probably be swimming in a pool full of smartphones like Scrooge McDuck. But until then, I’ll stick with my Nexus.