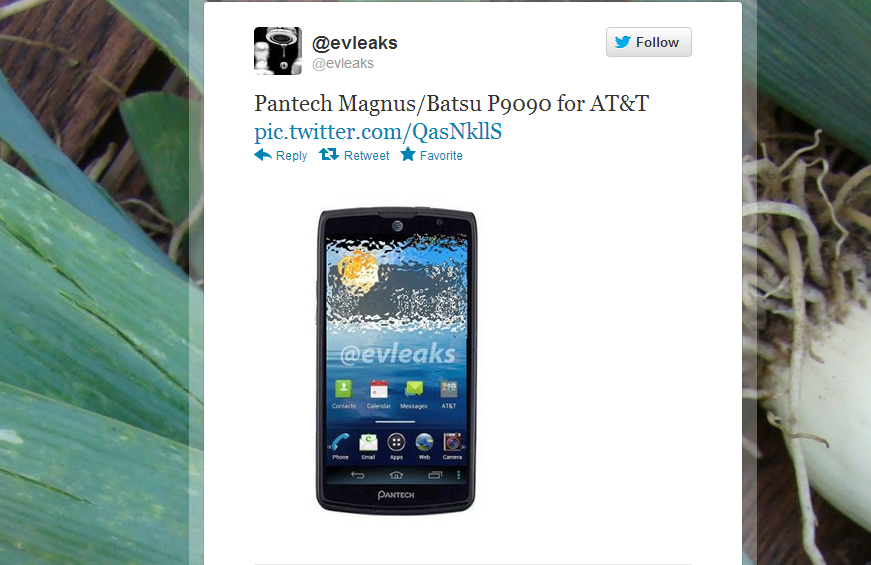 Over at @evleaks‘ Twitter, we’ve got a shiny new shot of the rumored Pantech Magnus, and it’s looking pretty solid. We covered the speculations awhile back, with specs such as Android 4.0 Ice Cream Sandwich, a 1.5GHz dual-core Snapdragon processor with Adreno 225 GPU, an HD display 720×1196 (720×1280 including menu), NFC support, and Bluetooth 4.0… but we still couldn’t look at the darn thing.

The supposed leak looks pretty convincing, and could signal that plans are now drawn up for announcing this mobile powerhouse. The device is also known as the Batsu P9090, and is expected to release on AT&T. Some may hem and haw at the carrier choice, but with benchmarks like these, can you really say no? 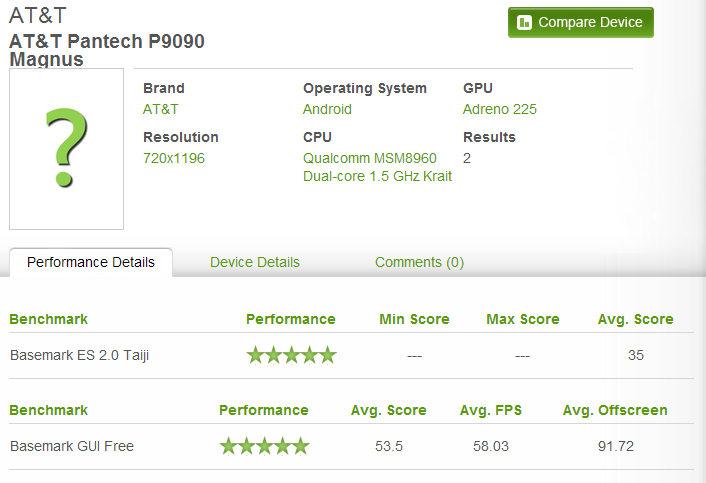 For now, we’ll have to hold to speculation  but we’re thinking this bad boy will be hitting the streets pretty soon. What do you think? Let us know in the comments.