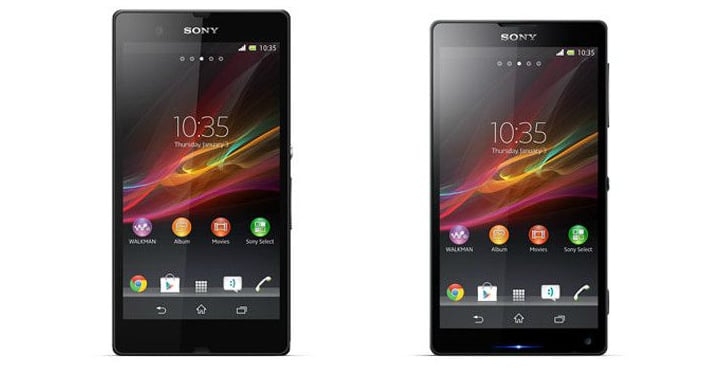 The press images for a pair of upcoming Sony smartphones have leaked online thanks to the team at Engadget Spanish (translate). The headlines says it all here, these are allegedly the first press photos for the Xperia Z and Xperia ZL.

Also known as the Yuga and Odin, these are the two devices that have been getting plenty of circulation in the rumor mill over the last few months. The two are nearly identical under the hood and are said to include a quad-core Qualcomm Snapdragon S4 Pro APQ8064 processor and Adreno 320 graphics. Additional details reportedly include a 13-megapixel rear-facing camera, micro HDMI, microUSB, and a 2,330 mAh battery.

The Xperia Z is the larger of the two devices and will feature the 5-inch 1080p HD display that is becoming common in the Android space. We’re expecting to see both of these on display at CES and would be very surprised if they were not part of their big 2013 unveiling.