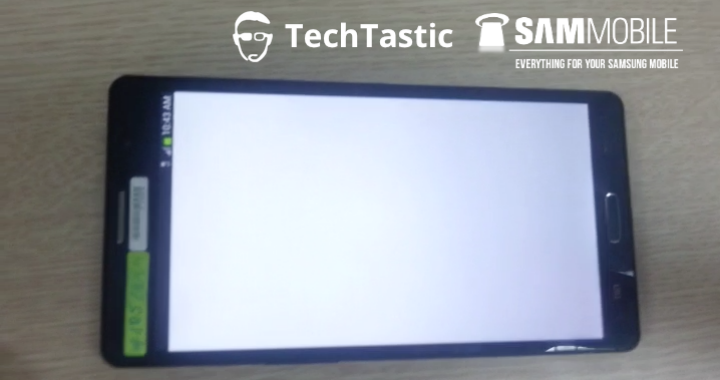 A few images of the rumored Samsung Galaxy Note 3 have surfaced, giving us a glimpse at what we might expect for the upcoming smartphone. First found on SamMobile and TechTastic, the extra-big handset appears to feature a more square shoulder and thinner bezel than previous models. Of course it’s entirely possible that the device pictured here is in a shell or could be an unfinished design.

Among the rumors for the Samsung Galaxy Note 3 are a 5.99-inch Super AMOLED display, 13-megapixel camera, octa-core Exynos or Snapdragon 800 processor.Naturally, the phone should feature the S Pen stylus and we’d hope for Android 4.2.2 or later with Samsung’s Touch-Wiz Nature UX.

Unfortunately there are still no indications as to when we might see the Samsung Galaxy Note 3; however, we might expect