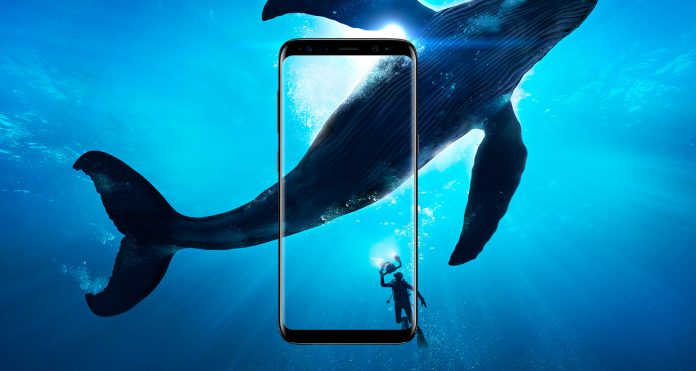 This week, Samsung announced its newest line of Galaxy devices, the Galaxy S8 and S8 Plus. As is my way, I’ve taken it upon myself to compare the former of those two with my current love, the OnePlus 3T. For the most part these comparisons will rely on specifications rather than individual experiences, in order to remove the human aspect of it (translation: my seething resentment of Samsung and my unreasonable manlove of OnePlus) and keep things objective.

In a world of precision cut aluminum chassis(es), Samsung has opted to go with a glass back. When I saw that the S8 had a glass back – even a Gorilla Glass back – I immediately got flashbacks to the iPhone, and how disastrous that went for Apple. W

e all know someone that had an iPhone that looked like that picture on the right. As a result, Apple decided to go with an aluminum chassis, and that has more or less become the standard for phones the higher end devices these days. OnePlus took a page out of that book itself with the 3T, and I personally think that’s a much better decision. That elephant being addressed, it should also be noted that the S8 rocks the newest generation of Gorilla Glass, while the 3T features last year’s model. A key difference here, however, is that IP rating – Samsung’s can withstand full immersion, and while the 3T is no slouch when it comes to durability, it’s not rated at all – potentially a concern. 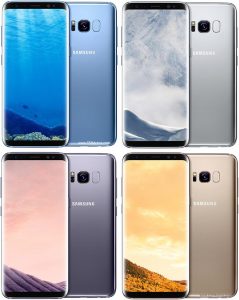 At a whole 0.3″ larger in the diagonal than the 3T, the S8 is squarely in the “Phablet” classification of sizes – unless you have Kawhai Leondard hands (yes, this joke is recycled. Sue me.) you won’t be reaching the edges of this screen without help. Both phones feature Super AMOLED displays, with the 3T’s being tweaked a little, color-wise and slapped with an “Optic” label. Ever the pioneer in needlessly dense screen resolutions, Samsung has slapped the S8 with 570ppi, which is all-but-guaranteed to destroy your battery life. While the OnePlus 3T has a pretty impressive screen-to-body ratio, the S8’s Infinite display and utter lack of bezel trumps it – hard.

Obviously, the eye-catching thing here is the 6GB of RAM in the OnePlus 3T. Android is notorious for its memory leaks and RAM dependency, so that extra 2 gigs can really make a difference – especially when multitasking. There’s a measurable difference between the two processors here, but in my opinion the difference between them is less impactful than is the difference in RAM. The Galaxy S8’s expandable storage is nice, but if I’m being honest I’ve never had a need to have more than 64GB of internal storage.

There’s a lot to cover here, so bear with me. Samsung’s key feature is the DeX (Desktop Experience), which is exclusive to the S8, but it also supports Bluetooth 5 (the first flagship phone to do so, I believe), USB 3.1, and Qi Wireless Charging – the 3T is stuck on Bluetooth 4.1, USB 2.0, and standard cabled charging.

I’m about 90% sure the battery life on the Samsung Galaxy S8 is gonna suck. Like badly. It’s got a 3000mAh battery, while rocking a Snapdragon 835, on a screen that boasts 570ppi. Meanwhile, the 3T carries a 400mAh larger battery, with a more efficient processor, on a less dense display. If battery life is your thing, you’re gonna want to take a hard look at those stats before deciding on a phone.

And here’s where it gets murky. While the 3T sports Oppo’s DashCharge capability, charging a battery from 0-60% in just thirty minutes, all of Samsung’s materials for the S8 simply read “Fast” Charging. Not QuickCharge 4.0, as previously rumored. Not 3.0, not even 2.0. You’d think that this would be a feature to be highlighted, but as with battery power in general, it seems as though Samsung has neglected charging as well. I’ll have to do some digging and update this if it’s simply an oversight.

While the 3T’s back camera is nothing to write home about – it’s got very standard specs and not a whole lot of special features – Samsung is prancing around saying the camera on the S8 is the best it’s ever released. Spec-wise, I just don’t see it. Its field of view is limited, it’s got a low pixel count – though we know that’s hardly the only measure of a good camera – and it’s got a smaller sensor than does the 3T. The only area, specification-wise, that the S8 is measurably better is the Pixel Size – and it’s a substantial difference. The front shooter, however, clearly goes to the 3T – 16mp is the biggest, baddest I’ve ever seen on a selfie camera.

At $720, the Samsung Galaxy S8 is, as always, a premium-priced flagship device. At $439, the OnePlus 3T is, as advertised, a flagship phone at a reasonable pricepoint. Despite being released almost six months apart, the 3T stands up to the S8, and in some ways even surpasses it – notably, in terms of RAM (often an issue in Android) and in the battery department (an issue for literally every, ever).

I feel like everything Samsung announced today has been done before. It just took a bunch of features that already exist in some form or another and slapped fancy names on them. Infinity Display? You mean the curved display that’s been around on the Galaxy Edge, or the minimal horizontal bezels on many Huawei and LeEco phones? DeX? Many companies, including HP, have already implemented such a solution in the past (but damn, does that Dock look fancy). Android has supported keyboard and mouse input, as well as a desktop environment, for years.

Don’t get me wrong – the S8 is going to sell a ton of units and will likely be a runaway success. But I can’t help but draw comparisons to Apple’s strategies lately, when looking at Samsung – take a feature, highlight it with a super-interesting name, and hype it to Hell so that no one can recognize that we secretly have had these features for a while now.