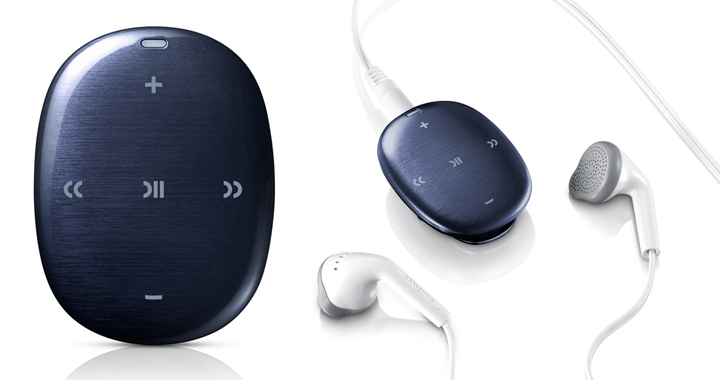 Samsung today announced a new music accessory for those who own Galaxy S III and Galaxy Note II devices. Called the Galaxy Muse, it’s essentially a 4GB MP3 player that can pair with your smartphone via a dedicated Android app. Users get all the standard features in the Muse, including skip, shuffle, go back, and play. It’s a small unit that is designed to go places where you might not want to take your Android handset. You know, like on the treadmill.

Galaxy Muse is available in Pebble Blue and Marble White for $49.99 at Samsung.com.

DALLAS — December 7, 2012 —Samsung Telecommunications America, LLC (Samsung Mobile) – the No.1 mobile phone provider in the United States and a subsidiary of Samsung Electronics Co., Ltd., the No. 1 smartphone provider worldwide1 – is giving Galaxy™ smartphone users in the United States an amazing new way to enjoy music on the go called Galaxy Muse™. Coupled with the Muse Sync Android™ app, Samsung is providing Galaxy S® III and Galaxy Note® II owners an innovative new way of syncing music that frees them from their PC2.

Users can get their music on the Galaxy Muse by simply downloading the Muse Sync app from the Google Play™ marketplace or Samsung Apps. After connecting Galaxy Muse to the Galaxy S III or Galaxy Note II via the included connector cable (USB to 3.5mm headset jack), users can sync the songs they want and leave their phone behind. Due to its wearable design and small form factor, users can take Muse along in place of their smartphone as a portable music player at the gym or on the go. Galaxy Muse also comes equipped with a durable, built-in clip for attaching the device to a shirt or pocket, so it’s wearable and offers the convenience of hands-free listening. Within this compact and clean design, Muse offers enough capacitive controls to become a user’s primary music player. Skip, shuffle, pause, or go back and listen to your favorite song again and again.

“The Galaxy Muse expands the Samsung Galaxy product portfolio to offer music on-the-go in a compact and lightweight player, with songs shared directly from our award-winning smartphones,” said Kevin Packingham, chief product officer at Samsung Mobile. “Muse is the latest example of Samsung delivering another outlet for content consumption across the entire spectrum of consumer electronics.”

Galaxy Muse is available in Pebble Blue and MarbleWhite for $59.99 at Samsung.com. The Samsung Muse Sync mobile application is available free from Samsung Apps and the Google Play marketplace. For more information on Galaxy Muse, go to http://www.samsung.com/us/mobile/cell-phones-accessories/YP-W1NAL/STA.