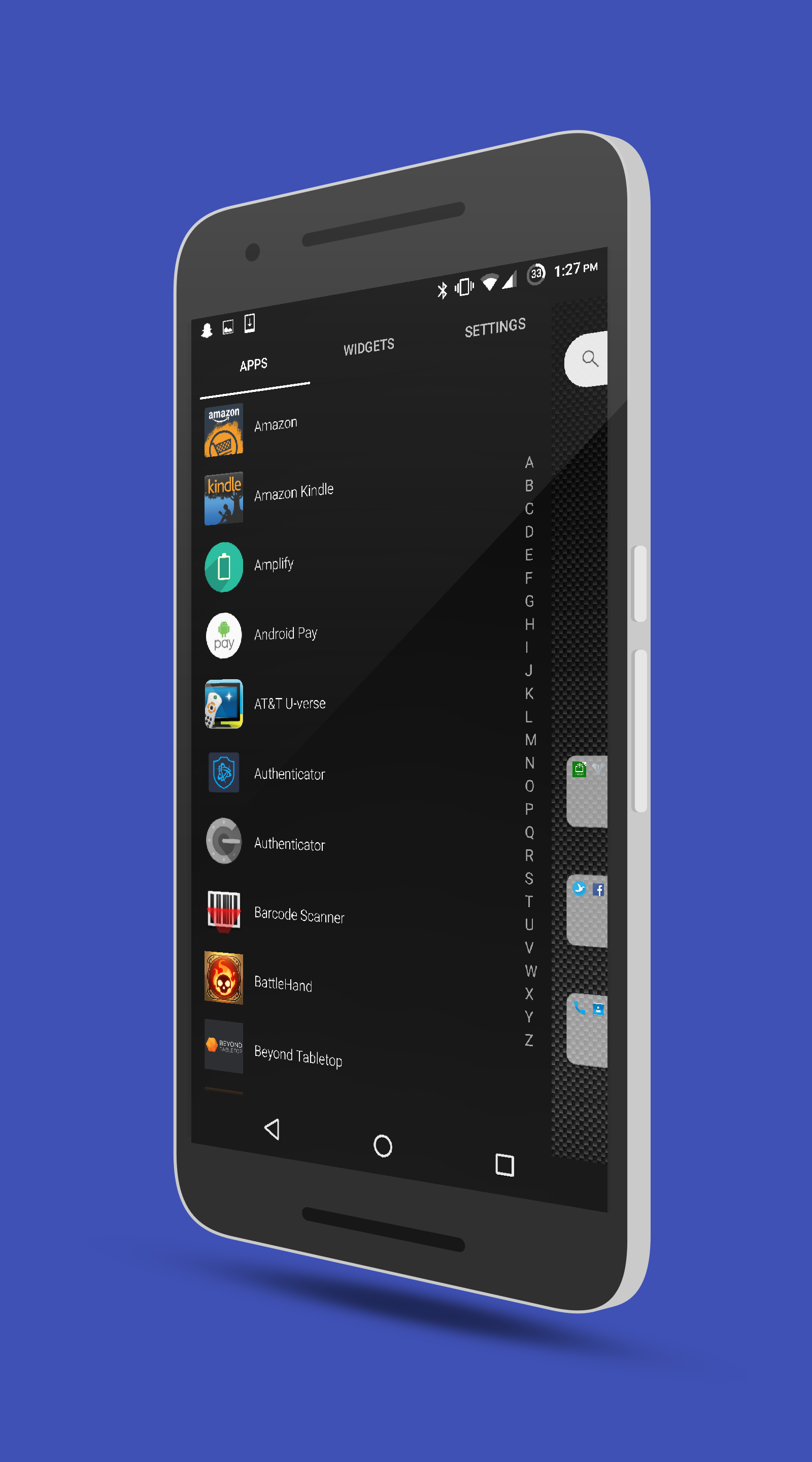 There are dozens, if not hundreds, of launcher-replacement apps out in the wild; Nova, Google Now, Apex, Launcher X, to name a few of the more popular ones. Shortcut Launcher, though, takes a different approach than any of those. Rather than revolutionizing the way your launcher looks, Shortcut Launcher wants to change the way you use it.

Shortcut Launcher is totally painless to set up. You download it, set it as your default launcher (when prompted), and then watch as it imports the homescreen from whatever launcher you were using prior. You may get a prompt to approve Shortcut to use Widgets, which you should grant. Other than that, there’s no accounts to make, no logins to keep track of, and no other setup. Very convenient.

Shortcut Launcher looks very similar to Google’s basic Material Design styling, so it shouldn’t have any problem fitting in with the rest of your phone. It eschews the standard dock and app drawer in favor of a full-screen layout with a slide out “App List” that’s only a right-swipe away. This List contains three tabs; Apps, Widgets, and Settings. It also has a quick-scroll bar on the right side.
[row][double_paragraph][df-caption title=”No Dock!” url=”https://www.androidguys.com/wp-content/uploads/2016/02/screener_20160205133118.png”][/double_paragraph][double_paragraph] [df-caption title=”App List just one right-swipe away!” url=”https://www.androidguys.com/wp-content/uploads/2016/02/screener_20160205133344.png”] [/double_paragraph] [/row]

Shortcut Launcher’s bread and butter, though – which is, unfortunately, hidden within the launcher itself – is the search system, which generates “Cards” of information based on your searches; much like what Google Now is doing. The search engine seeks out your information across many media, among them Google itself, and your device, to find the relevant data and present it first.

These cards come in many forms; movies, music, apps from the Play Store, contacts, TV shows, places…it’s very impressive.  These cards don’t always have all the information you need, but they often have information that’s relevant – and the style of them is very Google-like, and very well done. Further, any of these cards can be long-pressed and placed on your homescreen as shortcuts.

The app itself is very lightweight and snappy; custom options are slim, but the launcher is very pretty and functional right out of the box. The only UI complaint I have is that Folders show very small icons of the contents, making it tough to see what’s in the folders if you don’t already know what’s in them. Labels are a must. I’ve encountered no stability issues or crashes in the 48 hours I’ve used it, though I did notice that if I long-press on the search bar, the “Paste” option gets stuck on the screen until I click on it. Odd little bug.

Download this. Give it a try. Shortcut Launcher’s universal search, cards, and ability to create a homescreen shortcut from almost anything you can imagine are rather impressive.