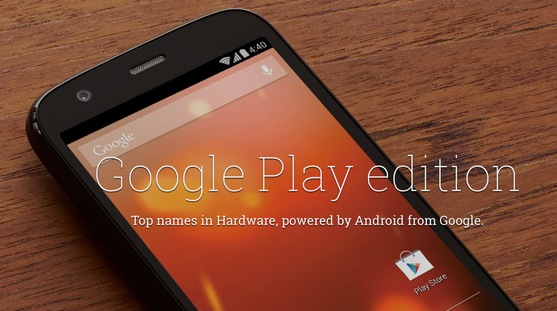 Android users often love their phone’s hardware, but wish that they had a choice over what software it ran.  This was in fact a driving force in creating the Google Play Edition (GPE) devices a couple years ago.  Google worked with some of our favorite OEM’s to give their fans a choice on whether to use that manufacturer’s UI or stock Android.

But alas, something went wrong with the GPE system and it is now gone.  Some may argue that it was doomed from the beginning.  But I still can’t get past the idea.  There are so many folks who care about a pure, stock Android experience.  Of course, there’s the Nexus every year, but what if you’re not a fan of the manufacturer Google picked that year?  Shouldn’t the stock-only users have a hardware choice as well?

What exactly went wrong with the GPE program?

I’d argue that LG may have been the problem, or rather, the budget Nexus.  The GPE devices had to compete with a $300-$400 Nexus, which offered fantastic bang for the buck.  Although the OEM’s stripped away their UI’s from the GPE variant, they didn’t strip any of the cost.  It’s hard to convince someone to pay double solely to have that preference in hardware.

Another issue was sales.  Because GPE devices were only offered through the Play Store, it only appealed to the minority of people who buy their phones unlocked and full price.  Most people sign a contract to get a subsidized price or nowadays do financing.  I don’t see how a phone can be successful ignoring a large chunk of the market.

One last theory is the lack of support.  There weren’t a multitude of devices that were a part of the program.  Over the year or so that it ran, here was the portfolio: 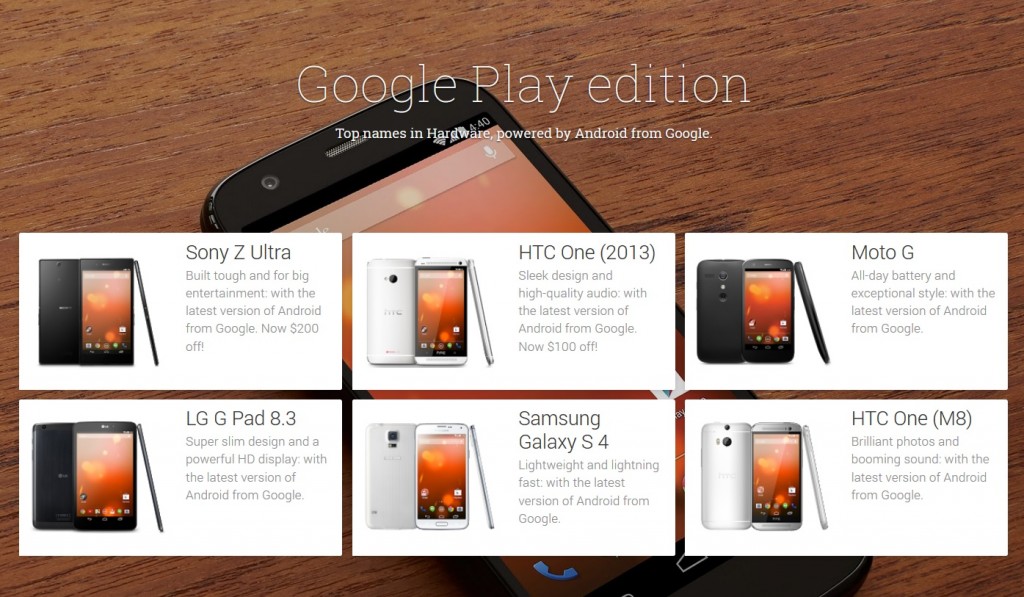 This is a pretty pitiful list considering all the phones within the timeframe.  Although the Sony Z Ultra was there, the more reasonably-sized Xperia Z1 (or Z2) was not.  The GPE Galaxy S5 never made it.  There was no sign of an LG G2 or G3 variant.  A program just can’t be successful without substance.

With all this said, I come to the question:  Should GPE devices come back?

One thing we can’t ignore is that the “value” Nexus went away last year.  The Nexus 6 was priced just as high as the rest of the flagships.  If GPE phones were still around, this would’ve given them more of a fighting chance.  Heck, everyone freaking out about the only Nexus being a ginormous phablet would’ve settled down knowing that they still had a choice elsewhere.

The other issues I’ve raised would also have to be addressed.  But look at what Motorola has done with the Moto X Pure Edition.  They’ve completely sidestepped the carrier/contract way and are doing phone purchasing the way they think it should be done.  This is a step in the right direction, and if the industry follows, I believe that GPE phones would fit right in.

I hope that Google hasn’t deleted the GPE idea from their mind.  A great idea is nothing without proper execution.  GPE phones should make a comeback when the time is right.

Do you agree, or still think that GPE is a lost cause?