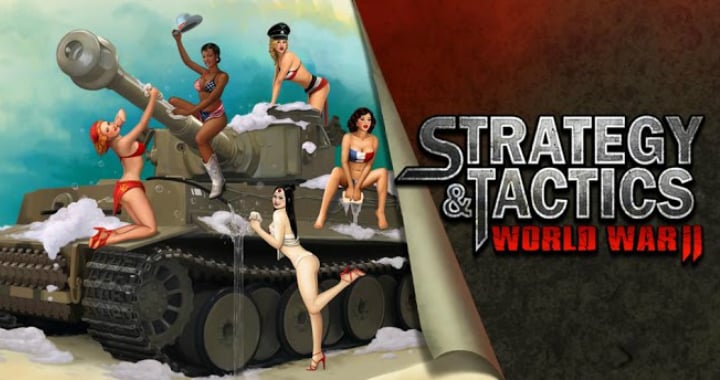 Like many Risk-type games, Strategy and Tactics: World War 2 finds itself in the middle of Europe in the 1930s and 40s. Though it does not vary much from the setup of Axis (excluding Japan) versus the Allies, Strategy and Tactics brings a much needed polish and refinement to the Android war-strategy genre. I am a middle-of-the-road Risk player, somewhere between Strategery and Civilization, so I was very excited for a pickup and play game mobile game without too much minutiae. 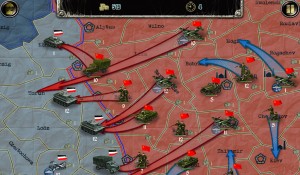 Fortunately, Strategy and Tactics begins with a twist. You start the game in 1939 as a German general during the opening blitzkrieg of the War. You get the powerful German army to start and take control of Northern Europe, and you end in the desert trying to help your Italian allies. From there, you switch over to the Allies camp in Russia in 1941. You backtrack into Mother Russia until you are able to garner enough of your forces to push back. Finally, you gain control over the British and American forces, moving through Africa and Italy into Germany, liberating Europe.

There are cutscenes that fill you in on the story, but these are mostly nice hand-drawn art overlaid with poor dialogue. These introduce you to the generals behind the war (not factual), but leave a lot to be desired in the non-serious way they talk about the war. Aside from the cutscenes, the levels and campaign are fairly short, but this is only the beginning as the game allows you to play against the computer and local and online multiplayer in different pre-set and self-created scenarios.

While the difficulty ramps up and down unpredictably in the single-player campaign, there are hundreds of combinations that you can play through from the European, African, and Russian theaters according to your own defined settings; though, you cannot choose a random country to find on any map. The settings only allow you to play as one or the other country on their specific map so only the American and German armies can fight on the Operation Overlord map instead of, say, Russia and France.

This is the type of small bump that Strategy and Tactics hits more frequently than I would like. Limiting your choices in the design-your-own-map gameplay is as inexcusable as not allowing your technology and army upgrades to continue onto the next chapter within the single-player campaign.
To compound this, the difficulty per level was anything but predictable as I found myself retreating and using stalling tactics in the second level of the game but then wiping the floor with the French.

I would like to have had better dialogue that threw a wrench in the overplayed WWII scenario, but the levels are laid out well with a good mix of small, medium, and large maps, and a variety of troops (tanks, planes, and a mix of infantry) keep the logistics and tactics of war fresh. Herocraft created a nice foundation for further installments in the Risk-like strategy genre, but there is a lot of room for improvement to reach the Age of Empires and Civilization level.