The Note 8’s software is driven by Android Nougat 7.1.1 and the latest Samsung Experience interface. Bixby, the company’s software assistant, is also fully incorporated  and its voice commands are growing in capability. You’ll find the Note 8 in two color in the US: Midnight Black or Orchid Gray. A point of contention for many will be the price tag, which now inches close to the $1k mark. On Sprint, the Note 8 retails for $960, or you can opt for the carrier’s monthly financing to soften the blow.

On Sprint, you can find the Galaxy S8 duo in Midnight Black, Orchid Gray, or Arctic Silver flavors. The standard Galaxy S8 retails for $750 and the larger S8 Plus goes for $850, with the option for monthly payments.

The first thing to note is the design advancement. The bezels on the V30 are noticeably smaller than the G6 just a few months ago, and the glass on the sides of the display have a premium curve (similar to the current Galaxy phones). Also, LG has finally dropped old LCD technology and embraced OLED – a 6.0″ QHD P-OLED panel to be exact.

Other key hardware includes the commonly used Snapdragon 835 chipset with 4GB of RAM, 3,300mAh battery (no longer removable), wireless charging, and a IP68 rated waterproof chassis. It’s important to know that Sprint is getting the slightly higher-end version of LG’s latest, the V30+. The difference with the vanilla V30 is double the base storage, to 128GB instead of 64GB. MicroSD expansion is of course also available.

The software on the V30 is driven by the latest Android Nougat build (v7.1.2) and LG’s latest UX interface, which brings some lofty updates like a Floating Bar for shortcuts, ability to lock the camera zoom on an object, more Always-On display options, and voice recognition to unlock the phone.

The Essential Phone is the first phone from a startup company led by one of the co-founders of Android, Andy Rubin. It turned out to be a very well-done original device that could stack up against the more established competition, especially because of its dramatic edge-to-edge display design. And Sprint happens to be the only carrier offering it.

The Essential Phone’s standout features are its 5.7″ almost bezel-less QHD LCD panel, dual camera system, and exceptional construction – titanium frame and ceramic back panel. It keeps up with other flagship specs, such as the octa-core Snapdragon 835 chipset, 4GB of RAM, 128GB of internal storage (but no microSD card slot), 3,040mAh battery, and Bluetooth 5.0. A couple compromises worth noting are its lack of waterproofing, a headphone jack, and wireless charging. There’s also that unusual disruption at the top of the display to retain the selfie camera.

Like Motorola and Huawei, the Essential Phone’s dual camera system utilizes a secondary, monochrome sensor to boost image quality. Spec-wise, these are 13MP and f/1.85 aperture lenses. And the small notch at the top, center of the display houses a 8MP f/2.2 camera.

One of the Essential Phone’s prime features is to only bare the essentials on the software front, meaning no bloatware or frills. So we have up-to-date Android and near-stock interface experience. Through Sprint, it retails for $700 outright or you can can break it up monthly, in only the Moon Black color.

HTC needed to make a big statement with its 2017 flagship, and it has definitely seemed to do so with the HTC U11. The device features design cues taken from the HTC U Ultra lineup with a shiny metallic finish, but there are extra goodies thrown in. 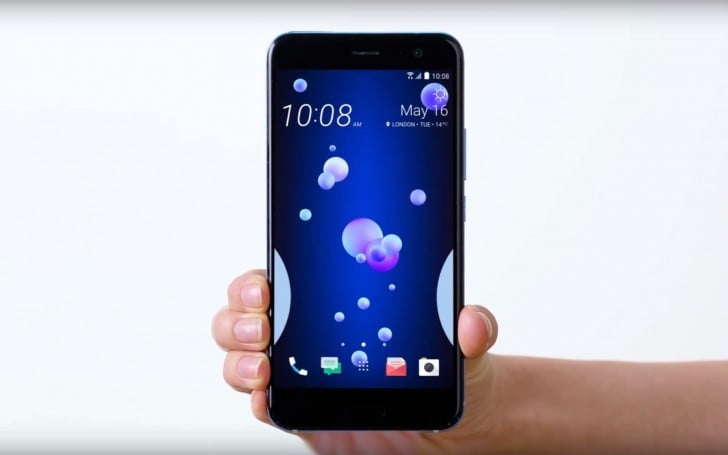 The specs for the U11 line up with other 2017 flagships, as the device features a 5.5-inch 2K display, while being powered by the Qualcomm Snapdragon 835 SoC. The U11 also includes two different variants – 4GB RAM and 64GB of storage or 6GB of RAM and 128GB of storage.

As for the cameras, the U11 features a 16MP front camera with HTC’s UltraPixel technology. The rear camera features a 12MP Sony IMX362 sensor with a f/1.7 aperture and the ability to shoot up to 4K video.

Other features of the U11 include a 3,000mAh battery with Qualcomm Quick Charge 3.0, along with a USB Type-C charging port. Finally, the U11 features Edge Sense Technology with a pressure-sensitive frame, which allows users to perform various tasks by simply squeezing the edges of the U11.

Pricing for the HTC U11 comes just under $700 through Sprint; customers can opt for monthly payments for the device or purchase it outright. 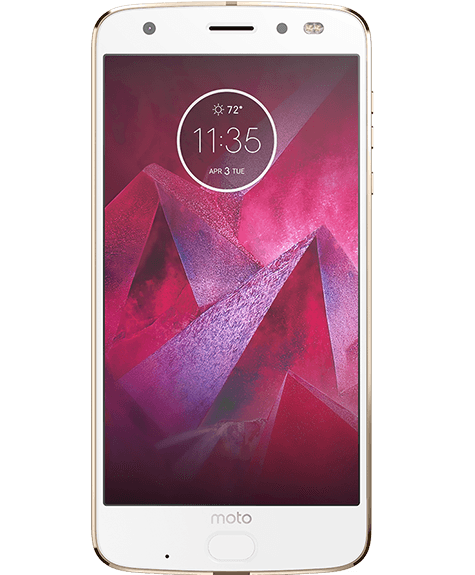 Currently, the Moto Z2 Force is available in a few color variants with pricing that hovers around $750-$800.