Also, keep in mind that you can purchase your own phone from another outlet which can work with Verizon. Take, for instance, the Google Pixel, which can be bought at a variety of outlets. The unlocked handset can be paired with pretty much any major carrier. That said, you’ll need to make sure that the phone in question has Verizon-compatible cellular bands, or you won’t be getting all of the coverage that you’re paying for.

With that out of the way, let’s take a look at Verizon’s best phones this month.

The Note 8’s software is driven by Android Nougat 7.1.1 and the latest Samsung Experience interface. Bixby, the company’s software assistant, is also fully incorporated  and its voice commands are growing in capability. You’ll find the Note 8 in two color in the US: Midnight Black or Orchid Gray. A point of contention for many will be the price tag, which now inches close to the $1k mark. On Verizon, the Note 8 retails for $960, or you can opt for $40/month financing for 24 months.

The software on the V30 is driven by the latest Android Nougat build (v7.1.2) and LG’s latest UX interface, which brings some lofty updates like a Floating Bar for shortcuts, ability to lock the camera zoom on an object, more Always-On display options, and voice recognition to unlock the phone. Verizon only has the Cloud Silver color (at least right now) and prices the V30 at $840 retail or $35/month for 24 months.

These are only phones offered through Verizon with a “stock” version of Android. The Pixel and Pixel XL are Google’s flagship phones, and you’re in luck if you’re on Verizon, as it is the Pixel’s exclusive carrier. Like last year, there are two flavors of the Pixel 2 – a standard 5.0″ and XL 6.0″ size.

Google’s outstanding goal with the Pixel line is the best marriage between hardware and software. AI is the definite focus when it comes to the latest Pixel line, and software tricks are bountiful such as the ability to query things in pictures you’ve taken, automatic music info of what’s playing around you, motion photos capture, and more Google Assistant capabilities. You’ll also be getting the very latest Android build (8.0 Oreo), with the promise of stay up to date for three years.

On the hardware front, the two devices share just about every spec, with exception to the screen and battery sizes. The standard Pixel 2 has a 5″ AMOLED 1080P panel (at the typical 16:9 aspect ratio) and 2,700mAh battery while the 2 XL boasts a 6″ QHD P-OLED (but at the newer 2:1 aspect ratio) and 3,520mAh battery. The common specs are an octa-core Snapdragon 835 chipset, 4GB of RAM, 64GB or 128GB storage options, 12.2MP rear camera with f/1.8 aperture and 1.4 µm pixel size, 8MP front selfie camera, front-facing stereo speakers, IP67 water resistant rating, and Bluetooth 5.0.

A couple downsides worth mentioning is no microSD card expansion support (Google is against it), no wireless charging, and no 3.5mm headphone jack. It may seem like a disadvantage that the Pixel 2 only has one rear camera in the 2017 dual camera trend, but Google has managed to do a very competitive “Portrait” mode with only the one sensor. It uses Dual Pixel technology which can function two-part to create the effect. The original Pixel’s camera capture was arguably the best in a smartphone, and Google has made plentiful upgrades (such as adding OIS) to maintain its crown. DxOMark has given the Pixel 2 camera a record-setting score of 98.

Google Assistant is of course more capable than ever with Android 8.0, and there’s a new way to summon it on the Pixel 2 phones – by squeezing the sides. Yes, like on the HTC U11, there are pressure sensors on the sides of the frame.

Both phones are up for pre-order right now at Verizon, with a ship date towards the end of the month. The smaller Pixel 2 will get Kinda Blue, Just Black, and Clearly White colors options and will go for $650 retail or $27/month financing, while the Pixel 2 XL gets only Just Black and Black and White at $850 retail or $35/month. If you order before 10/18, you can snag a free Google Home Mini smart speaker (retails at $50). 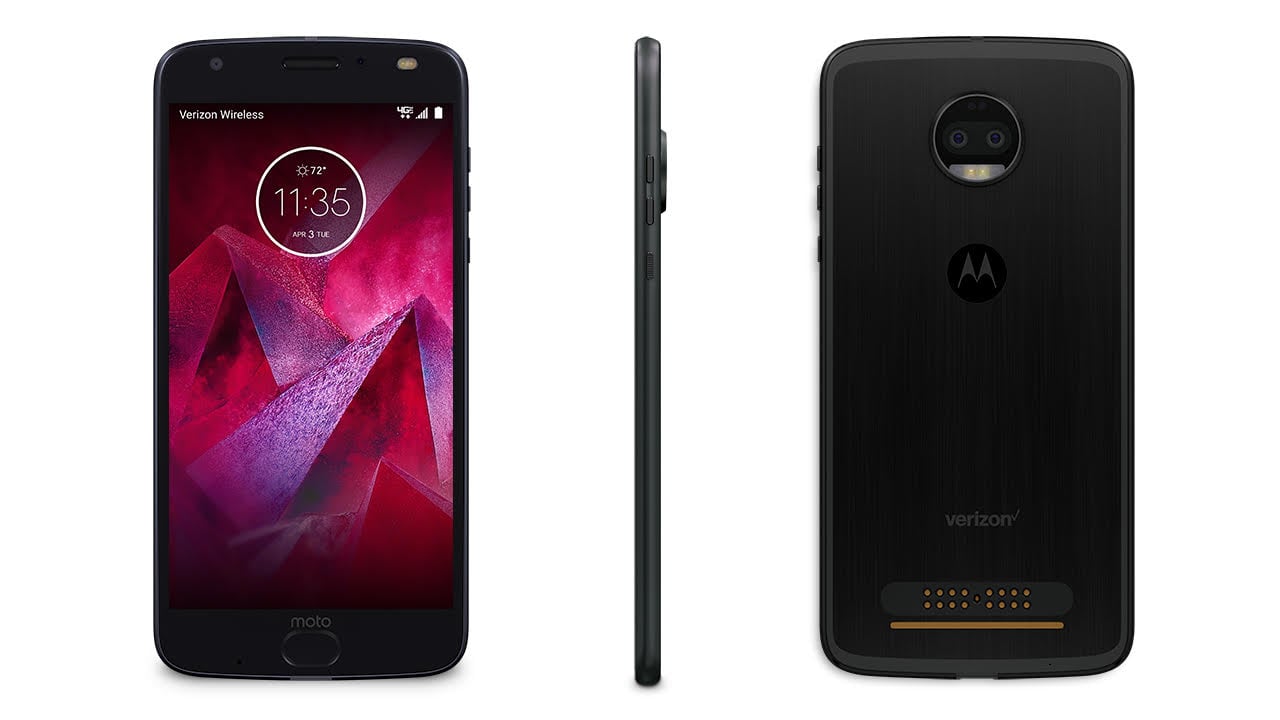 Powered by the newest version of Android on the market, 7.1.1 Nougat, the Z2 Force will be offered across a variety of carriers. This is somewhat of a departure for Motorola who had been heading toward a direct-to-consumer only route. Unlike last year’s model, there will be no Droid or Verizon-exclusive take on the handset. 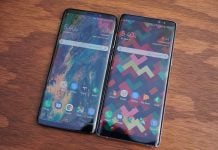 Best smartphones that don’t come with a notched display