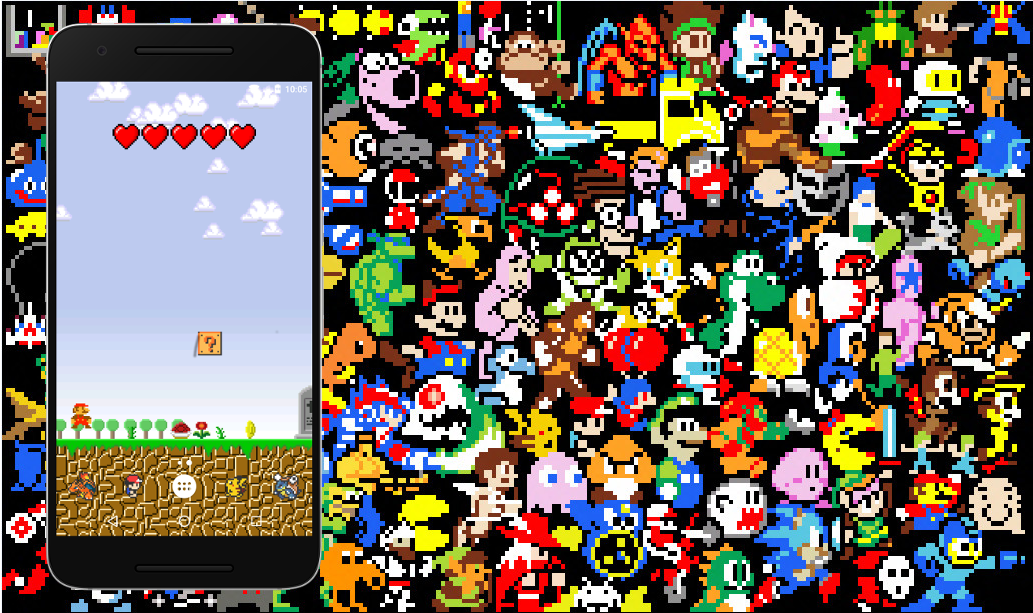 Games have always been a part of mobile phones. Remember when Nokia was the de facto brand if you wanted to buy a mobile device? Even those clunky but very resilient phones had the likes of Snake and Bounce for your entertainment needs.

When Apple and Google launched app stores for their mobile operating systems, game developers flocked to it, launching successful games throughout the years. However, there are some games that have had a bigger impact than others. Some of them have left us meaningful gameplay and innovative mechanics, some managed to do a lot with the hardware available, and some others have left us stuff like microtransactions and pay-to-win.

Whether you are a fan of what they have done, or disagree with their mechanics (such as a certain game that riddled your Facebook notifications with requests for lives) these games, in my opinion, have left a long-lasting impact in the offerings we currently have in the Play Store. They are not ordered by their impact, but rather by their release date. Let’s start!

Released by Rovio Entertainment, Angry Birds took the world by surprise with its easy gameplay, comical style, and the always nice price of free. The monumental success of the game gave path to several sequels (including an agreement with Star Wars), spinoffs (like Bad Piggies), a huge amount of merchandise, and even a movie. There’s no doubt that a huge amount of games were influenced by Angry Birds’ style.

The easy-to-pick up nature of this game, combined with short levels that were ideal for mobile gaming, made it a fan favorite for years. Unlike more traditional gaming, you didn’t need to be necessarily good at games to enjoy (and excel at) Angry Birds. These elements are still being combined in games these days. There’s no doubt that a considerable amount of games were influenced by Angry Birds’ style, but the fact that they came up with it at the dawn of the mobile app stores era made the games incredibly successful.

Download and install Angry Birds from the Google Play Store.

While console gaming was enjoying the likes of Red Dead Redemption, God of War III, Fallout: New Vegas, and Heavy Rain, mobile gaming had Fruit Ninja. And you know what? It worked! Why? Because this game was remarkably fun. It was so easy to pick up, it managed to, somehow, provide fun for hours, and its sessions were quick enough to be enjoyed in short bursts. This approach to making “short but sweet” games paved the way for so many other developments throughout the years, but it was also one of the first “endless” kind of games that we saw on the Play Store (then called Android Market).

Sure, if you analyze an endless game, it’s basically just a game where you set a high score and then try to improve it (something which we’ve had for years). However, the fact that it was so beautifully done made a huge impact for the game and for the platform in general. Fruit Ninja’s developer Halfbrick later tried to capitalize on the popularity of the game with largely unsuccessful TV shows and films. However, they also learned some lessons from Fruit Ninja and developed Jetpack Joyride, another prime example of a to-the-point mobile gaming experience.

Download and install Fruit Ninja from the Google Play Store.

Who would’ve thought that running endlessly could be so fun? Developed by Imangi Studios (which, at the moment of launch, was made up of only three people), it was so simple in concept that one can wonder why no one thought of it before. You control a character who runs forever through an obstacle-ridden Aztec temple while being chased by monkeys. If you do anything that might slow or halt your progress, it’s game over.

The challenge was to get as far as possible, and then brag to your friends about it. This was the real beginning of the endless gameplay mechanic adapted to mobile devices, which is still present in Play Store games nowadays. This also paved the way for sequels and spinoffs, but also games within the same genre such as Subway Surfers, Danger Dash, and MARVEL Spider-Man Unlimited.

Download and install Temple Run from the Google Play Store.

You somehow knew that this game was going to make it to this list. Originally launched as a Facebook game, its developer King quickly realized how appealing the game would be on mobile devices, porting it to the three main mobile operating systems in November of the same year.

This game was so popular that even my grandparents knew about it. Like it or not, the strategy of asking for additional lives on Facebook and offering them for real money through in-app purchases worked wonders for King. In my opinion, this was one of the turning points for mobile gaming, one in which the old paradigm of getting money from gamers upfront was replaced more promintently with draining them through in-app purchases.

The fact that this game still tops grossing charts all over the world, even when it is five years old (four on Android), is a testament of how influential this game has been on the Android gaming scene. Released by Supercell, this game in essence is Age of Empires for mobile devices. You are in control of a village, gather resources, and fight against other players.

The difference is that this game was intelligently crafted to entice gamers towards the purchase of gems, an in-game currency. To speed up construction of new facilities, you can either skip the waiting time or hire more workers (and thus have more stuff done at the same time), both done through gems. Add to that a social aspect through the clan concept, in which you work together with players all over the world towards a goal, and you have a winning formula.

There are several clones of the game, but the main concept the industry got from Clash of Clans was the mass introduction of an in-game currency that can be obtained primarily with real money. Even though you could own loads of gold coins or elixir in CoC, they might be useless because your workers or buildings are all “busy” upgrading other stuff, hindering your progress. It is a beautiful, evil concept that still brings huge amounts of money to Supercell and to companies that have adopted it.

Download and install Clash of Clans from the Google Play Store and read our tips and tricks article.

Yes, you read that right. Flappy Bird, by dotGEARS, was actually released in 2013, not in 2014 as many of us thought. The game experienced an unprecedented amount of popularity among… Well, everyone. Every single person in this planet knew what Flappy Bird was.

Dong Nguyen, creator of this game, thought that current mobile games were too complicated for their mobile nature. He coded a really simple game in which a bird had to navigate a world full of green pipes. It was so simple yet incredibly frustrating. This made the game a massively addictive (any Amaranthe fans here?) one, which contributed to its explosion in popularity. Although the game was taken down some weeks later, the legacy of endless, retro-inspired, difficult, and dead-simple games is still with us to these days.

Download and install Flappy Bird from the Google Play Store.

In a market in which in-app purchases and pay-to-win has taken hold, an effort like Monument Valley deserves all the recognition in the world. Released by Ustwo Games, the puzzle game puts you in control of Ida, a character that travels through beautiful landscapes solving puzzles. It has a small backstory, gorgeous visuals, and a relaxing vibe that made it a hit among mobile gamers.

Even though it was criticized for its short lenght and unchallenging difficulty, its point was very clear: demonstrate the world that gamers were willing to pay for games upfront if the experience was up to par, and that not every game had to go the microtransaction way in order to be financially successful. This motivated some developers to ditch the in-app purchase paradigm and focus on bringing interesting gameplay. The result? Games like Lara Croft GO, Ghost of Memories, Smash Hit, and Stellar Fox. Hopefully, they are being successful as well.

Download and install Monument Valley from the Google Play Store and read our review.

I will always remember fondly the days where my friends and me walked through our city’s pier with hundreds of other Pokémon GO players, all interacting with each other for tips and new discoveries. You could say that the game, at first, provided very little incentive to keep playing it, but the experience that it created is something that I have never seen in any kind of gaming. Developed by Niantic under the supervision of Nintendo, it was one of the first (and definitely the most impactful) augmented reality experiences in the Play Store, and one that caught the attention of the whole world.

Unfortunately, it hasn’t been the catalyzer for new AR experiences. However, with Pokémon GO maintaining a steady userbase, added to games like Ingress and platforms like Seek, we know the potential is there. You could also say that its success finally opened the door for Nintendo’s other franchises to finally come to our Android phones. This has resulted in IPs like Super Mario (through Super Mario Run) and Fire Emblem (thanks to Fire Emblem Heroes) finally making it to the Play Store, with great success.

Download and install Pokémon GO from the Google Play Store and read our review.

What would you add?

Sure, there are several other impactful games out there, either because they are well-received by critics, because of their innovative mechanics, or because they’ve spammed their way into relevance. Who can deny the impact that Plants vs. Zombies has had in gaming in general? Or how Asphalt games have introduced racing games to the masses? Modern Combat or N.O.V.A. for the shooter fans? Vainglory for the MOBA crowd? Who in this world hasn’t played Cut the Rope? There are so many great experiences in Android gaming right now, and we must be thankful that developers are bringing such high-quality content to our devices.

Are there other hidden gems that you can think of? Games that have truly impacted the way we game in our devices? Games whose mechanics are like nothing we’ve seen before? Let us know in the commets below!

How Android has improved its features for gamers