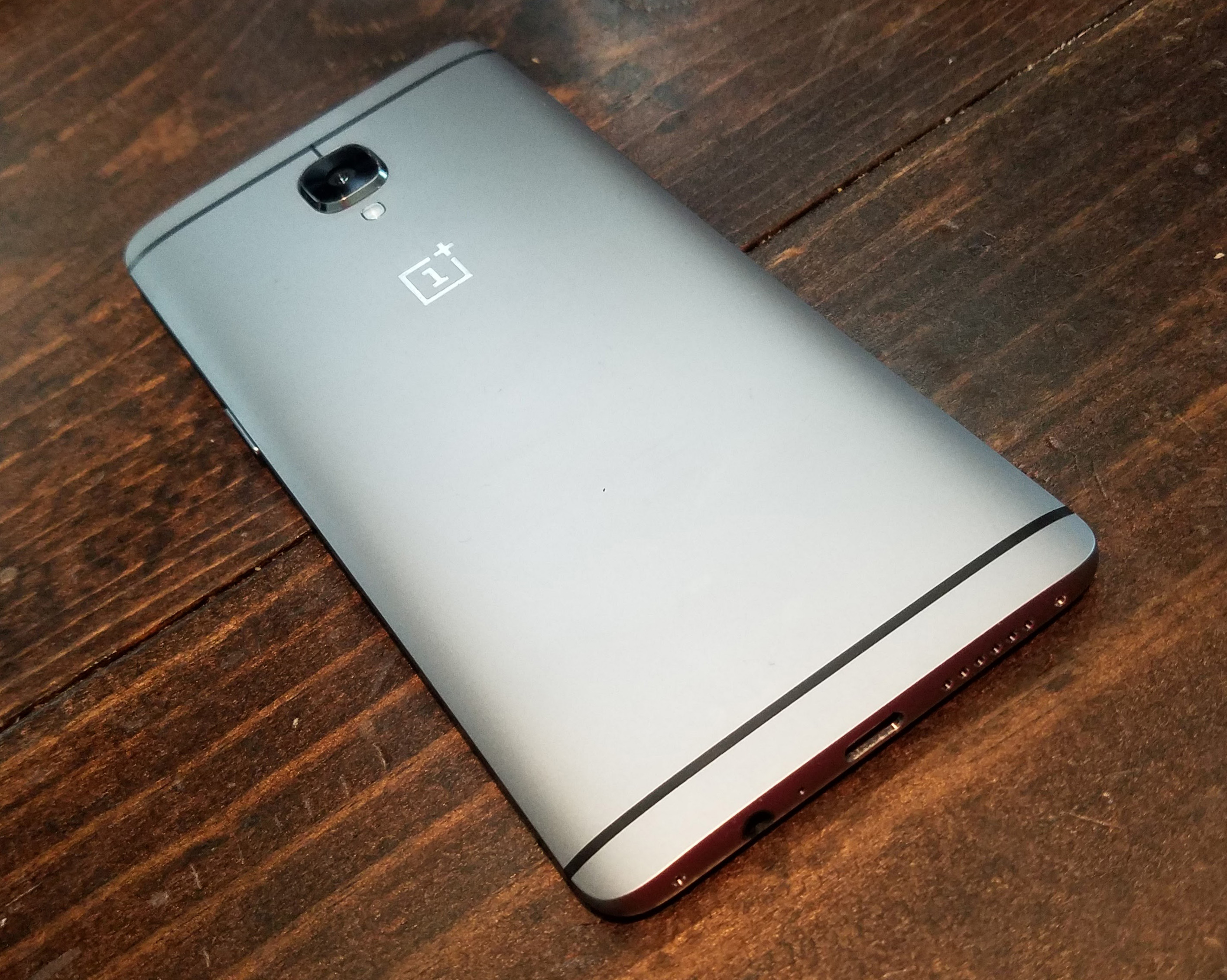 The OnePlus 3 is out to rave reviews. The third flagship from the up-and-coming Chinese startup finally dropped the “Flagship Killer” tagline this time around, but that might be exactly what it has on its hands. Starting at $399, the cost-efficient flagship phone has the same specs you’d expect to find in phones twice its price. So, what’s the catch? Where does the phone suffer from that amazing price tag? Where does it shine in spite of it? Here are our first impressions, we’ll have our full review out soon so keep your eyes peeled for that.

This phone is simply one of the most pleasing devices I’ve ever picked up. It wouldn’t surprise me if OnePlus got the inspiration for its third flagship from the HTC One lineup of phones. The metal body feels strong, but light. The phone weighs only 5.57 oz, which is .19 oz heavier than the Samsung Galaxy S7, but due to the size difference (the OnePlus 3 is half an inch taller) it feels lighter. The OP3 is also thinner than the Galaxy S7 and within 0.01″ of the Apple iPhone 6S. To get a phone that feels so light in spite of being bigger than its competitors is seriously impressive. 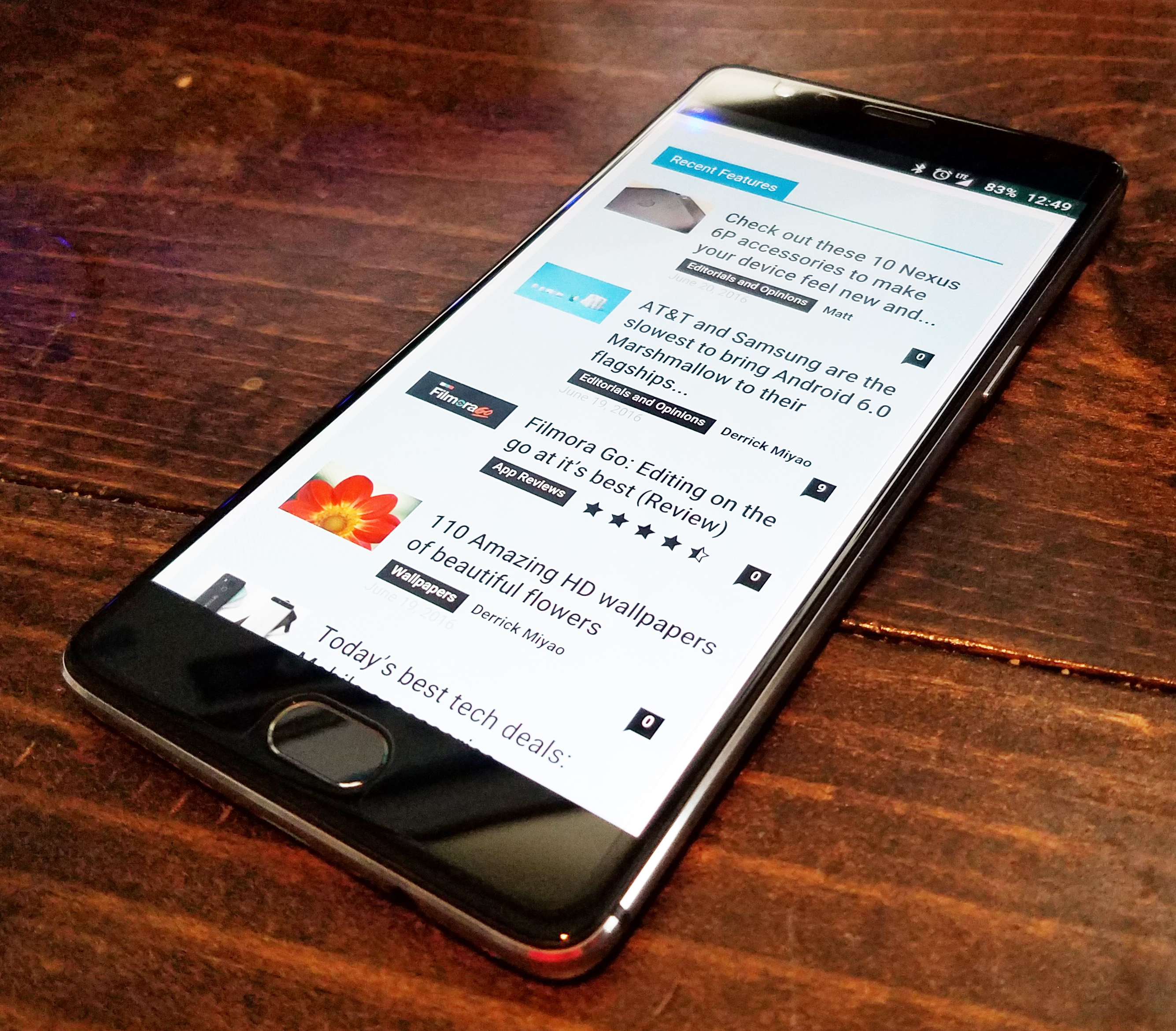 The bezels on the sides of the screen are sublime. The 2.5D glass also lends to how small they feel, but based on sight alone, this has one of the thinnest bezels around. It’s not quite bezeless like the Sharp Aquos Crystal, but it’s close. You do pay for it a bit in top and bottom bezels, but it’s a good trade-off.

Speaker placement isn’t ideal since it’s bottom firing, but the speaker does get extremely loud. I haven’t had to cup the bottom of the phone to get good sound, but you may have to in very loud environments like a bar.

The metal build does feel great and what surprised me the most is that it isn’t slippery. I don’t know exactly what OnePlus did to the metal to accomplish this, but it wins over phones like the Samsung Galaxy S7 who have wonderful build materials but are difficult to hold due to how slippery they can be. Where the build may fall a bit short is the accumulation of dirt and grease from your fingers. I keep my hands pretty clean due to working in a shared environment, but I still find the phone getting a bit grimy on the rear of the body. This can easily be remedied by picking up one of OnePlus’ protective slim cases when you order your phone. I ordered the Sandstone case and love it.

Oxygen OS finally feels like a complete operating system. I think OnePlus, and its customers, felt some growing pains when Cyanogen was dumped for OnePlus’ own Oxygen OS, but it’s made leaps and bounds since then. Where the custom AOSP-based build of Android used to feel rather spartan, the current version feels feature rich and generally free of bugs. 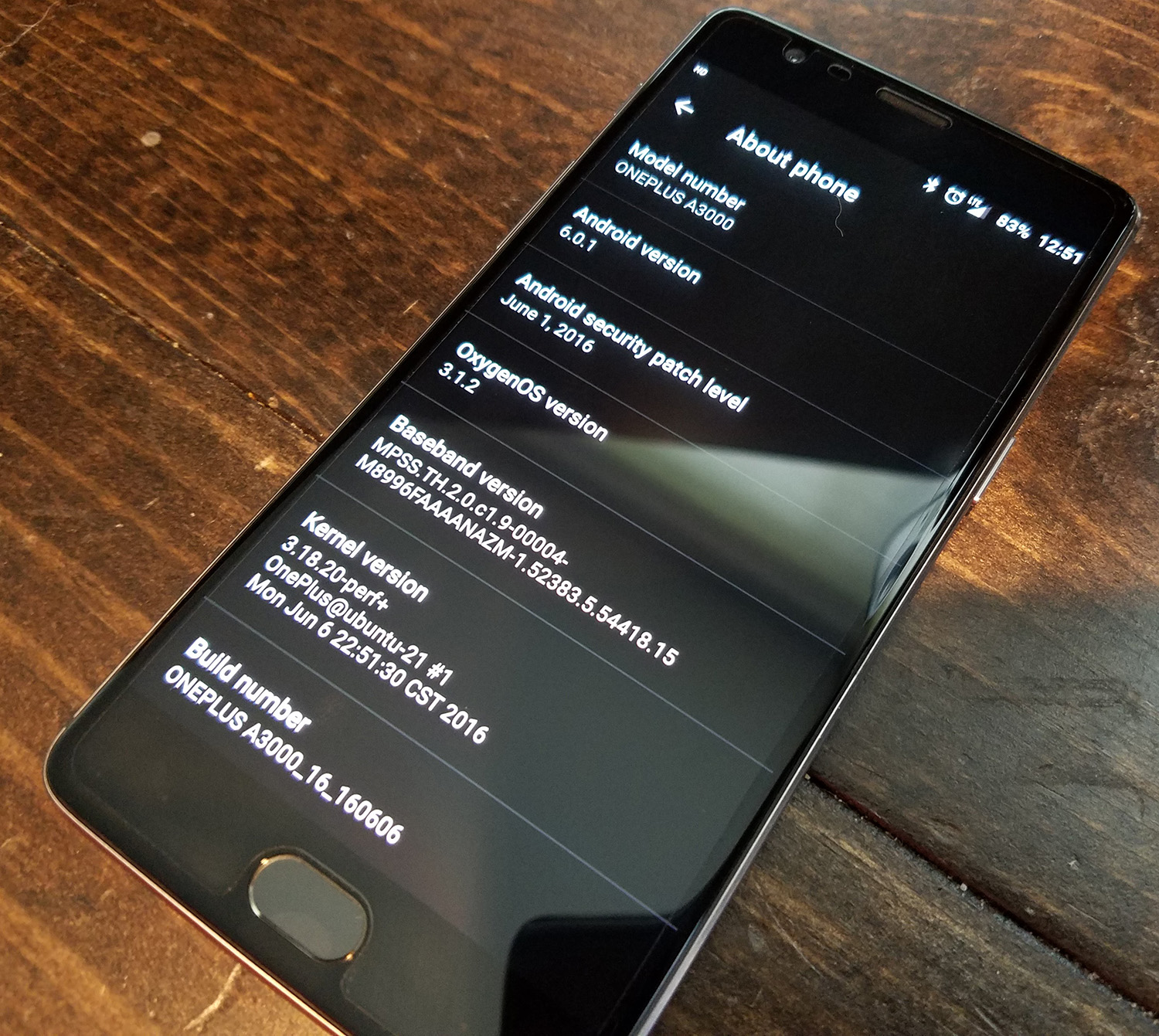 You aren’t going to find the feature packed skins that HTC, Samsung and LG put on its phones, but rather common sense features and quality of life improvements. Adjustable quick-toggles makes a return, as well as the “Shelf” feature. The Shelf is a left swipe from your home screen and gives you a place to take a quick note, quickly access a few apps or add your favorite widgets.

Also making a return is the popular option to use either hardware or software buttons. I personally use hardware buttons which opens up options for actions on double tapping and long tapping the capacitive buttons. Being taken back to my previous app on a double tap of the recents button or holding the back button for the camera are little things that you don’t truly miss until you don’t have them anymore. Only then can you really appreciate how convenient these options are.

OnePlus has incorporated an Active Display into its ROM much like the way that companies like Motorola have. While not as robust as Motorola’s features, it does compare favorably to the active display on the Nexus 6P. You get a notification and it shows up in black and white on the AMOLED display to save power. You also have the option to turn on Proximity Wake which turns the display on when you wave your hand over it. Very handy when it actually works. I’ve had some issues with it getting to trigger consistently. 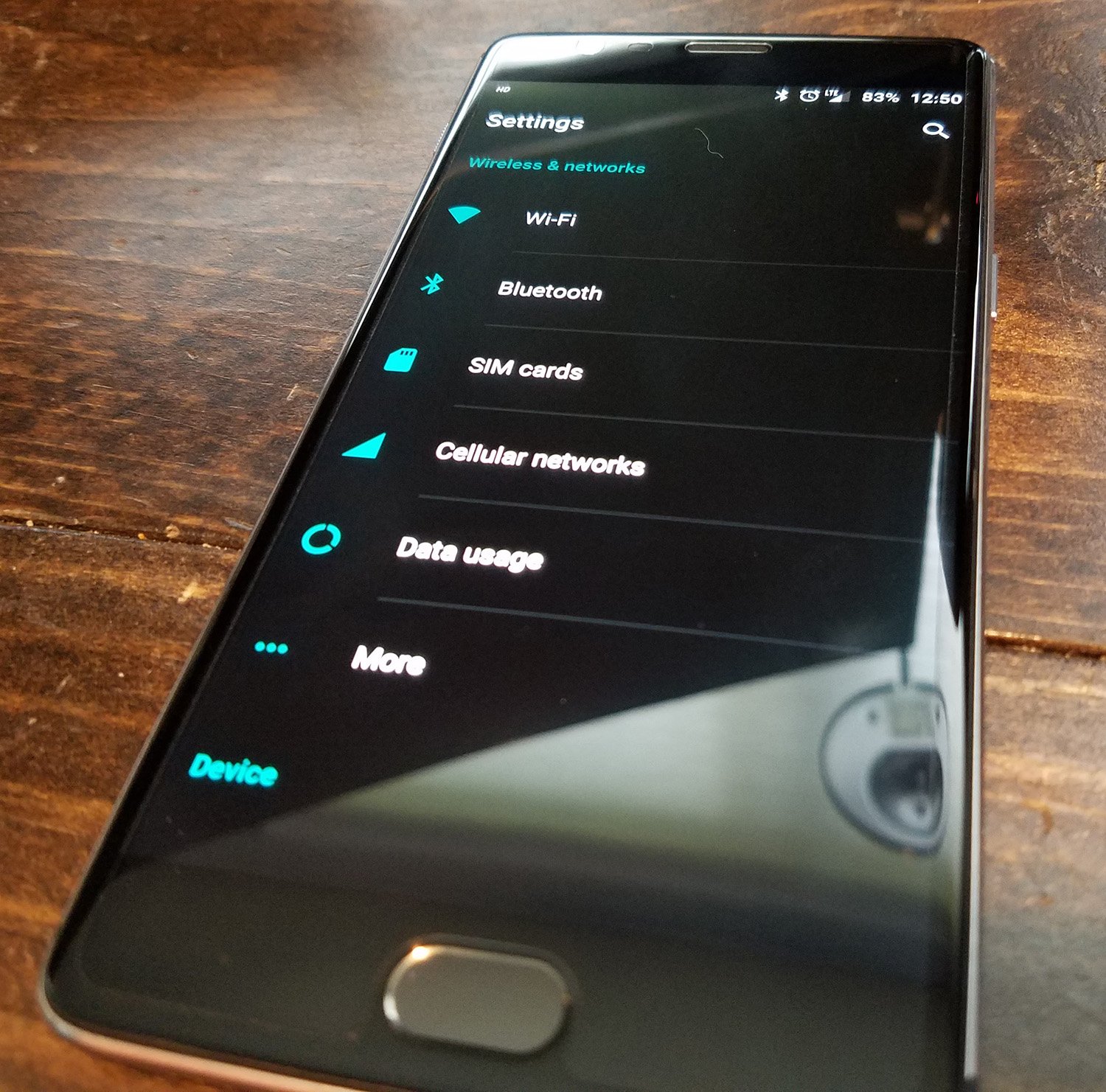 Since OnePlus used an AMOLED display for the OP3, the system-wide dark mode, first introduced with the OnePlus 2, is a real battery saver. I tend to enjoy the aesthetics of dark themes anyway and the Oxygen OS version is no different. It looks great and helps out with battery life. A really smart inclusion by OnePlus.

I have to say, I’m very impressed with the OnePlus 3. I think it’s one of, if not the, best phones on the market so far this year regardless of price. I didn’t touch on a lot of features you’ll see in the full review like the blazing fast fingerprint reader, dash charging, display or battery life. We’ll have our full review out soon with a deeper dive into those topics and more.