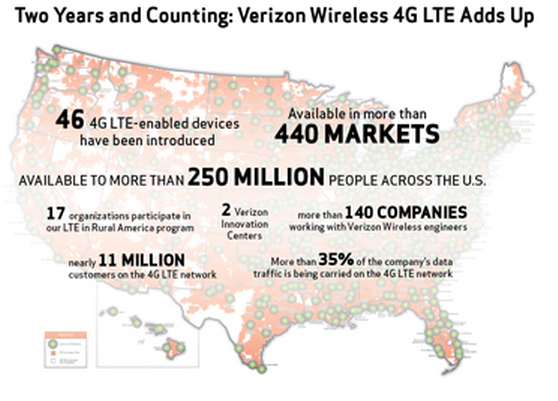 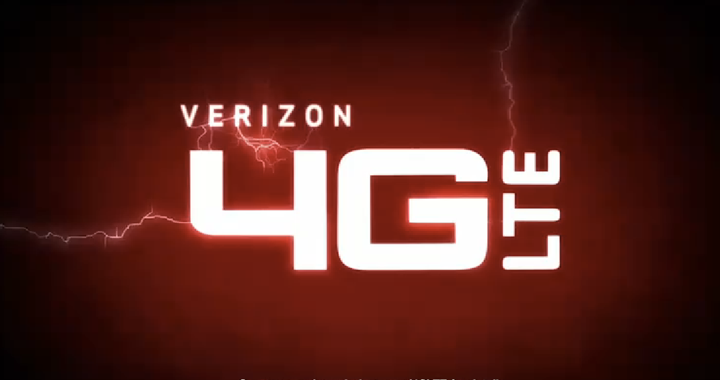 Verizon Wireless is celebrating two years of 4G LTE today as December 5 marks the monumental anniversary. It’s hard to believe, but it has been 24 months since Verizon kicked off the whole “Rule the Air” campaign. Ok, so maybe the ads didn’t really hit until later, but there’s no doubt that they’ve been ruling the air.

As part of the announcement today, Verizon has put together some key figures centered around the 4G LTE network and its coverage across the United States. 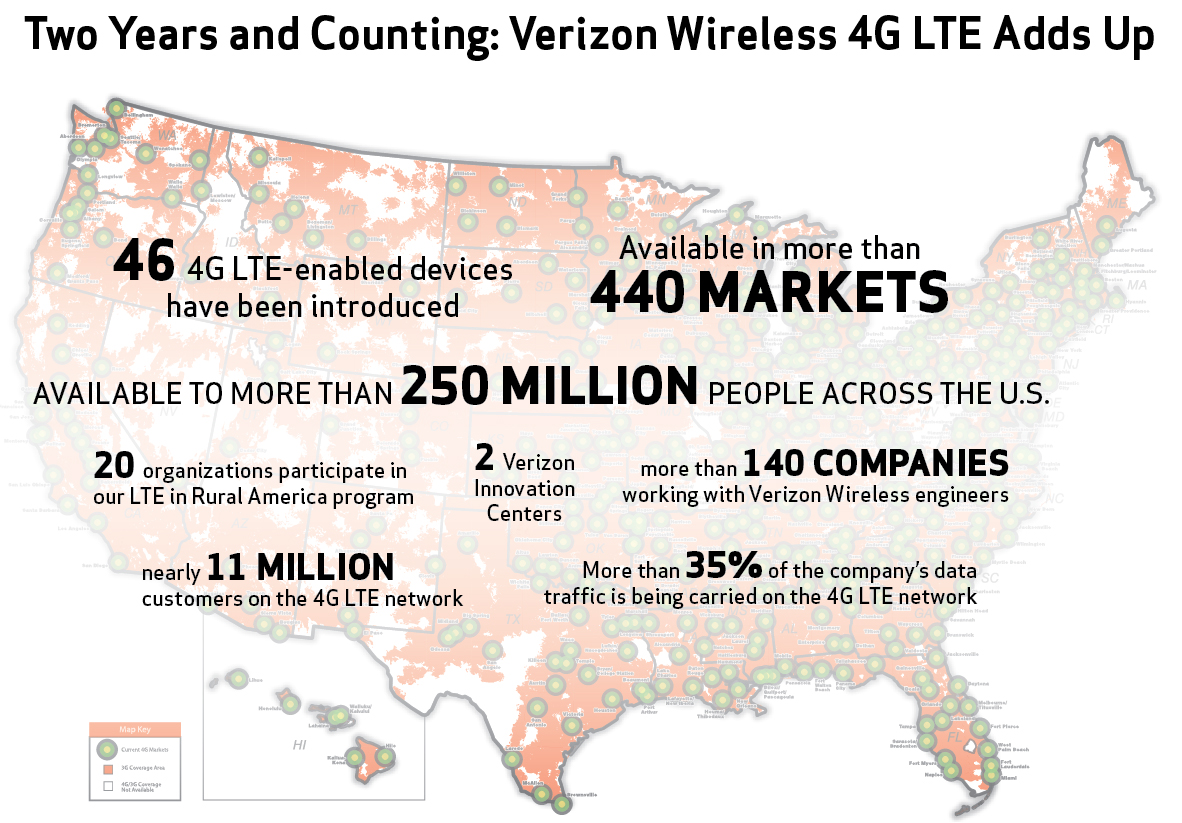 We’ve pulled a few out and put them in fancy bullet-point format.