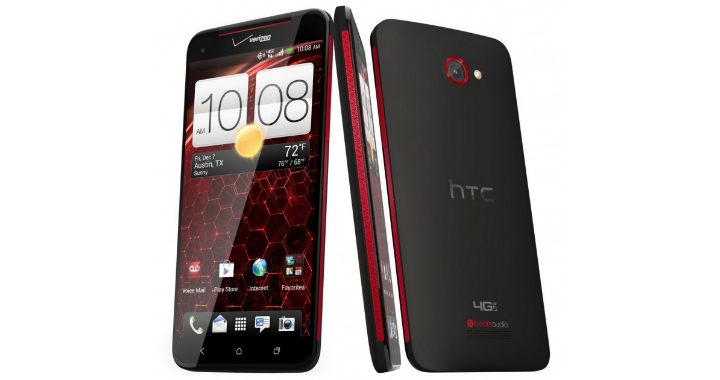 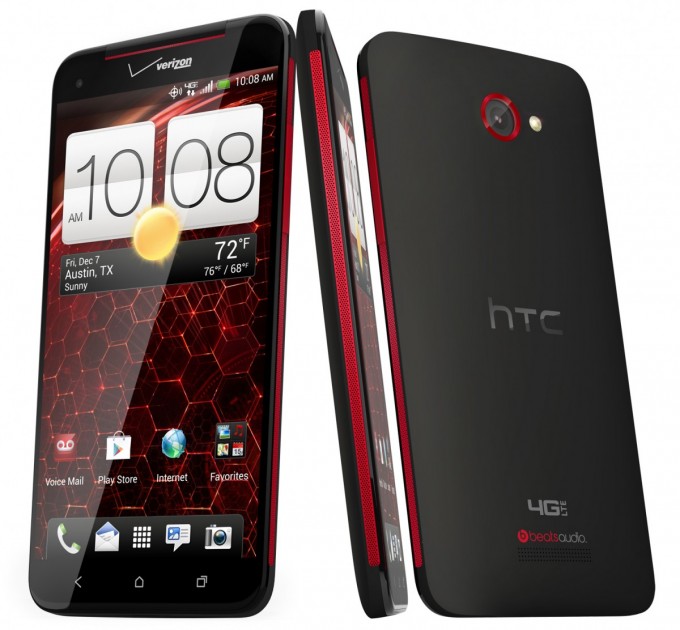 And just like that, another rumor has gone riding off into the sunset. Verizon today announced the DROID DNA, an HTC smartphone with a 5-inch 1080p HD display. We’ve been expecting this device for the last few months where it was the subject of multiple leaks and images.

The Droid DNA arrives on November 21 where it will be offered at a very competitive $199.99 with two year service agreement.

Read on for the goods!

[pullquote2 quotes=”true” align=”left” variation=”black” textColor=”#ff0000″]The DROID DNA by HTC is designed to accentuate the incredible 5-inch display, with a curved, black, soft-touch back which tapers to a mere 4mm to feel comfortable in your hand or pocket. This device also sports red micro-grill sidewalls which hint at the power inside.[/pullquote2]
The 5-inch Super LCD display features 440 pixels per inch, considerably higher than other smartphones on the market.  What’s more, HTC has optimized the screen so that it features an 80 degree viewing angle.  The Samsung Galaxy S III, by comparison, is reported at 30 degrees. Speaking of which, HTC also tells us the DROID DNA is thinner than Samsung’s flagship phone.

As for the black and red color scheme that we’ve seen from HTC and Verizon, this one (red grill) was inspired by Lamborghini.

Internals include a Qualcomm processor with LTE support and a camera with an F2.0 lens. Powered by Android 4.1 Jelly Bean, the phone also features HTC Sense 4+ (better face detection, smile recognition, HDR. The camera is always ready to go and can launch from the press of the dedicated button.  HTC calls this sightseeing mode.  As for the front camera, HTC indicates it offers an 88 degree wide angle so nobody is left out of the video chat. The phone, of course, comes with Beats Audio, but it also has two amplifiers (speaker, headphone jack) for superior sound.

Standout specifications for the Droid DNA: