Your phone is a computer. It may be a little weird to think about your phone as the same kind of device as your laptop or desktop, but when you consider everything that our phones do now, they’re more capable than some computers from just a few years ago. They’re our most readily available portal to the internet and enable us to communicate with our friends and family at a second’s notice. They also allow us to do things like play games, watch movies, listen to music, edit photos, write documents… the list goes on.

All of those tasks require varying levels of computing power, but we currently have hardware on the market capable enough to do everything we could ever want to. Augmented and Virtual Reality are a very real option for everyone who owns a smartphone released in the last couple of years. If modern processors can pull off AR and VR I think we’ve reached a place where we need to focus less on more powerful processors and cramming in more RAM and focus more on other hardware features that will make real changes in people’s lives. Some of these are simple quality of life features, some of these aren’t, but I think they’re all important to the future of Android dominance.

Apple has been rumored to make the switch to Sapphire displays for years now. We’re getting leaks every day about the next iPhone’s OLED technology or scratch resistant sapphire display that will change the industry. Android OEMs need to get there first.

Sapphire rates as a 9 on the Mohs scale of hardness. Most cell phone displays with Gorilla Glass 3 scratch at around a 6. On a scale of 1 to 10 (1 being Talc and 10 being diamond), that’s a gigantic leap in scratch resistance but sacrifices weight and thinness to make it happen. Personally, I’d trade a little extra weight and thickness for a screen that won’t scratch and I think a lot of people would agree with me.

Yes, I know that there are only a limited amount of sapphire displays that can be produced right now due to production shortages, costs, and other manufacturing hurdles but I think this is an area where several Android OEMs need to come together and form a strategic partnership for the benefit for everyone involved. Samsung and LG already make some of the best displays on the planet, if they were able to come together with other industry leaders like Lenovo, HTC, Sony, Huawei, and Xiaomi to produce Sapphire displays and only sell them to Android OEMs then the entire market, and customers would benefit.

Is it feasible? We don’t truly know right now. The deal Apple signed with GT Advanced a few years ago collapsed and Corning has continued to innovate ever since. The new Gorilla Glass 5 is supposed to withstand falls from up to 5-feet, which could spell the end of Sapphire as a realistic option due to Gorilla Glass being lighter, thinner, and cheaper. I do hope that companies continue to push the envelope in display technology because a phone is never really the same once it gets a big scratch right in the middle of the display.

Gorilla Glass may look the most promising right now, but I believe Sapphire should still be the ultimate goal once the manufacturing hurdles can be jumped.

Batteries are a bit of a touchy subject right now due to the Note7 debacle. But, battery technology is somewhere that Android OEMs could really take Apple’s legs out from under it. As a tech writer, I am obviously interested in a variety of phones so I own a few phones. My two favorites right now are the iPhone 6S Plus and Moto Z Play because of their crazy good battery life. I can get a few days of battery life out each of them without charging. I consistently recommend the Moto Z Play to friends asking for phone recommendations due its battery life.

I think about our flip phone days and how batteries performed there. We’re never (or at least anytime soon) going to see week-long batteries like we did in those days, but I never worried plugging my phone in at night, running out of battery in the middle of the day, or what to do while my phone was tethered to a wall. It’s that sense of carelessness with my phone that I want back. I don’t want to worry about if my phone will last through work until I can throw it on the charger in the car and that lack of stress is why I’ve generally stuck to the Moto Z Play and iPhone 6S Plus.

There are have been excellent improvements in charging technology, notably Motorola’s Turbo Charging and OnePlus’ Dash Charging. Both of these can give you a workday’s charge in about 20 minutes, which is really handy, but I think avoiding the charger more often is where the industry’s focus should be. In the next 10 years, we might see a move away from Li-ion batteries in favor of Li-polymer batteries due to their significant advantage in density and thinness, but until then we’ll be looking for battery manufacturers to continue to push the limit of what we can expect out of batteries until then. And hopefully, produce ones that don’t blow up in our pocket.

Currently, fingerprint scanning technology is everywhere. Just about all low, mid, and high-end phones that were released in 2016 featured some kind of fingerprint scanner. There are generally two flavors, the front facing and rear mounted scanners. Sony is the notable exception to these with its fingerprint scanner seated inside the power button (although the US variant doesn’t feature this).

Whatever the method the OEM might choose, there are issues with both. Rear mounted fingerprint sensors can’t be pressed while laying on a table and you can’t see them while viewing the front of the phone. Sure, they’re more convenient due to where our fingers normally rest of the device while in use, but I don’t currently love their implementation.

Front mounted fingerprint scanners like in the Moto Z and Apple iPhone are great because you can see exactly what you’re doing and where you’re pressing. They’re convenient due to them being at the bottom of the phone, but they do take up a lot of space. It’s hard to get more than a 75% screen to body ratio with a front mounted fingerprint scanner and the aesthetics can look a bit goofy with it hanging out at the bottom of the device. 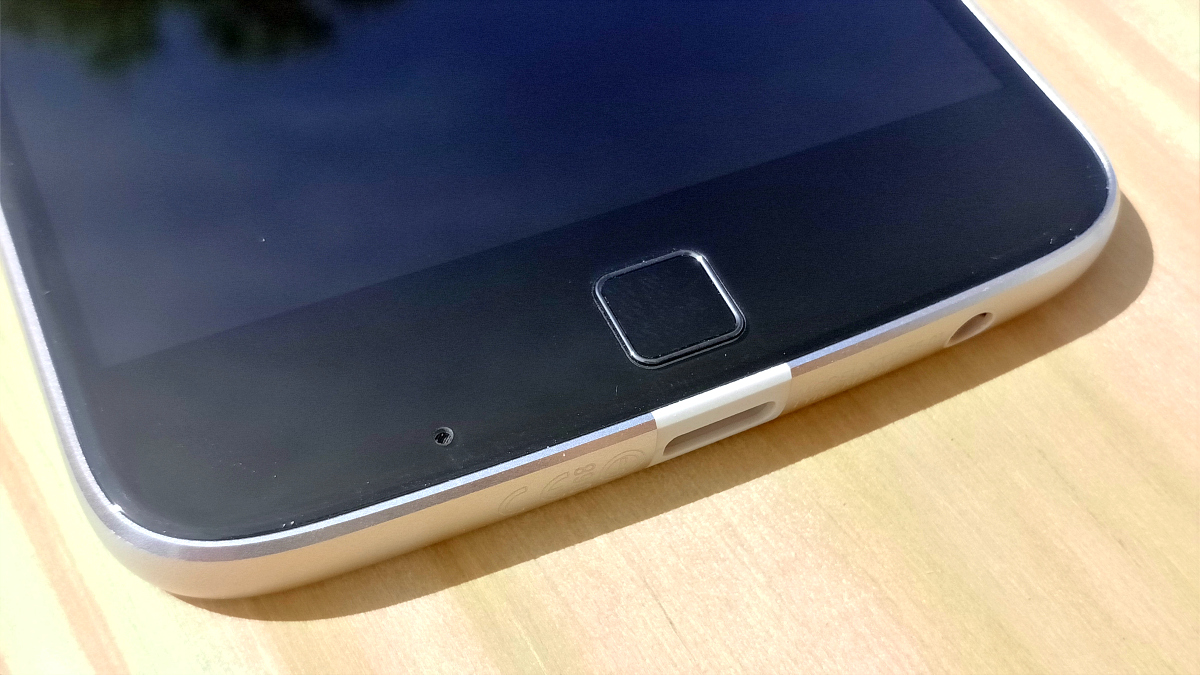 So, what’s the answer? We can’t give up our scanners at this point. They’re too valuable to too many people. Last year Qualcomm announced SenseID which allows phones to scan your fingerprint using ultrasonic waves instead of the normal scanning procedures. This allows for a more accurate snapshot of your fingerprint and according to Qualcomm basically removes the ability to spoof someone’s fingerprints.

Using this technology, it appears that Samsung will add in a fingerprint scanner in the display of its Samsung Galaxy S8. A scanner in the display will let phone manufacturers save space and that’s probably why Samsung is rumored to be dropping its physical buttons completely for the S8. I hope that this feature comes to more phones in 2016 because the current implementation of fingerprint scanners needs an overhaul.

What outside the box features do you think Android OEMs should work on? Where is the next great innovation? Let us know down in the comments what the biggest selling point in a phone in 2017 for you will be.