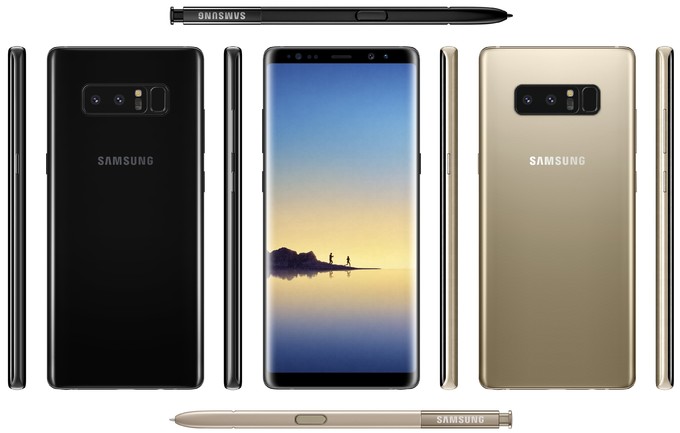 Whether the Korean tech giant will launch in late August or September, as various rumors have claimed, one thing is sure – soon the Galaxy Note8 will make a debut on the market.

But what will it bring when it arrives? In what follows we list what we know so far about Samsung’s second flagship for 2017. 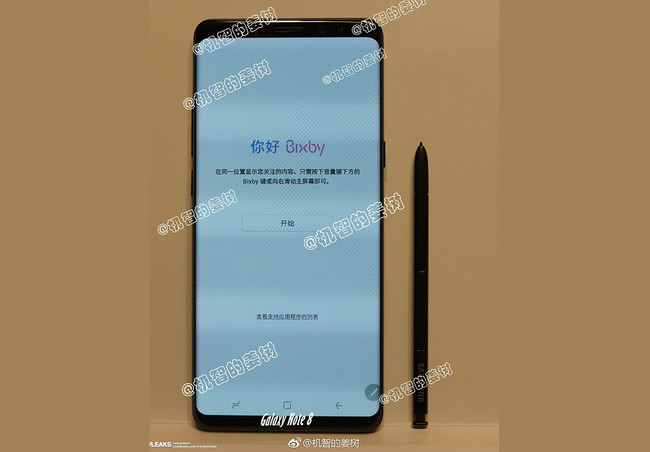 The phone – codenamed “Gr3at” internally by Samsung – will most likely include an Infinity Display and the atypical 18:5:9 ratio. Like the Galaxy S8 and Galaxy S8+, the Note8 will carry a dual curved display which will wrap around the phone’s sides giving it the edge-to-edge look. 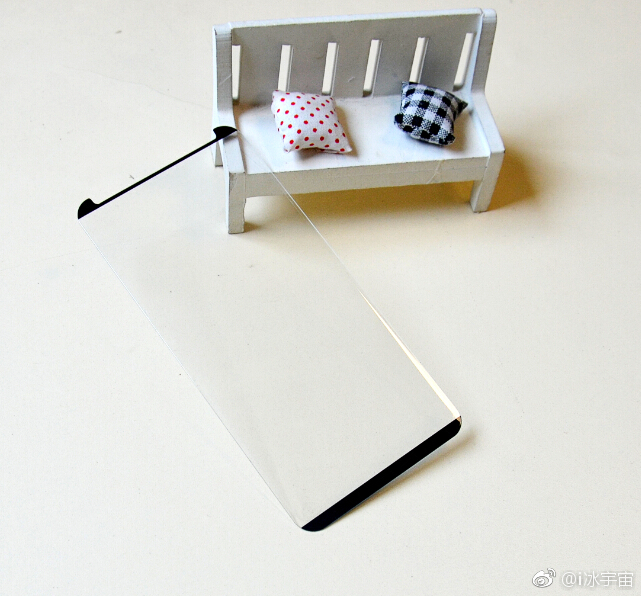 A few leaked pictures showing a screen protector for the Note8 revealed slightly adjusted corners – a detail which suggests a few more pixel might be squeezed in.

We’re not sure whether the Note8 will offer QHD resolution like the Galaxy S8 or whether it’s going to be the first phone to come with a 4K panel. While in daily use this upgrade should make little difference, combined with a VR headset it will certainly make a difference. 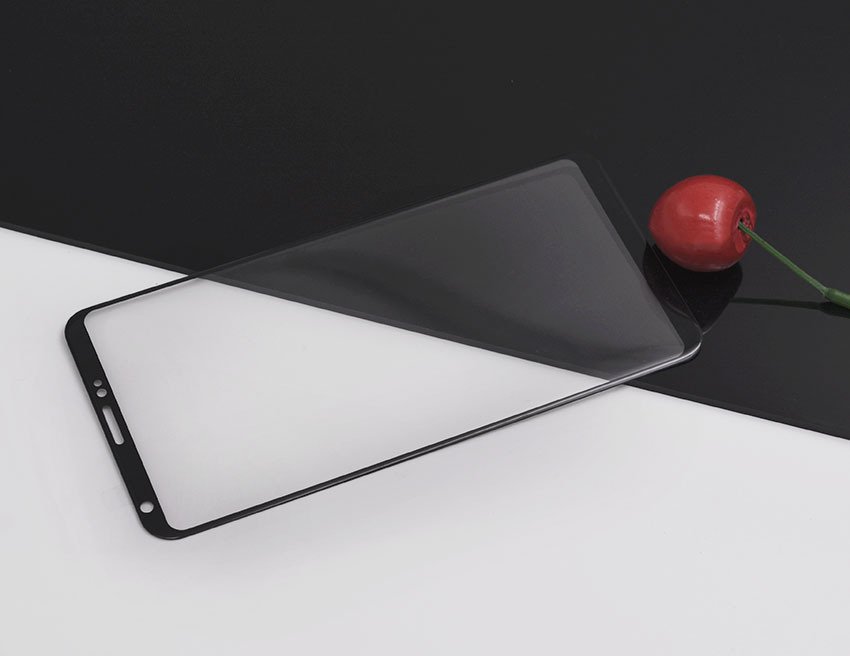 The Note8 has been long rumored to come with a fingerprint sensor embedded under the display. Unfortunately, recent information indicates this will not be the case. According to the latest info, the Samsung will stick to the same fingerprint sensor placement we’ve seen in the Galaxy S8.

However, this time around the cameras and the sensor will be separated by the LED and heart rate sensors, which hopefully will prevent users from smudging the shooter’s lenses with their fingers.

07/01/2017 Update: Case maker Olixar leaked the Galaxy Note8 in all its glory via these case renders.

07/04/2017 Update: MobileFun has already started accepting pre-orders for Olixar’s lineup of cases designed for the Samsung Galaxy Note 8. The renders highlight the phablet’s larger Infinity Display and confirm the fingerprint scanner will once again be placed on the back of the device, like in the case of the Galaxy S8.

We’ve also learned the phone will be available in Orchid Gray, Deep Blue, Black, Silver and Gold. Also the Pop Cover and wireless charging Backpack case made a comeback. Missing from the lineup of cases is the Lens Cover. Place your pre-orders here.

07/24/2017 Update: New renders give us another look at the Galaxy Note 8. As anticipated, the phone boasts an Infinity Display, a dual-camera on the back and a rear-mounted fingerprint scanner. 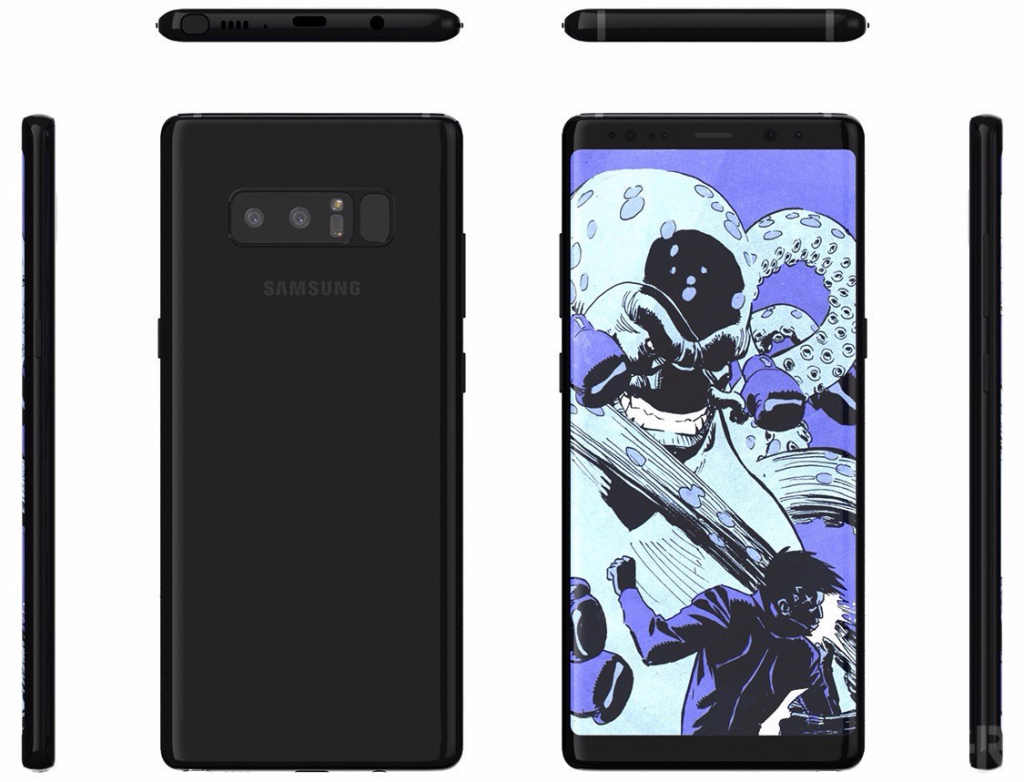 08/01/2017 Update: The Galaxy Note8 leaked in all of its glory complete with S Pen thanks to the reliable @evleaks.

08/16/2017 Update: Evan Blass shared an image which reveals the upcoming Galaxy Note8 in a new Deep Sea Blue color. We can only see the front of the device alongside a blue S Pen, but hopefully, a picture of the phablet’s blue back will appear soon. 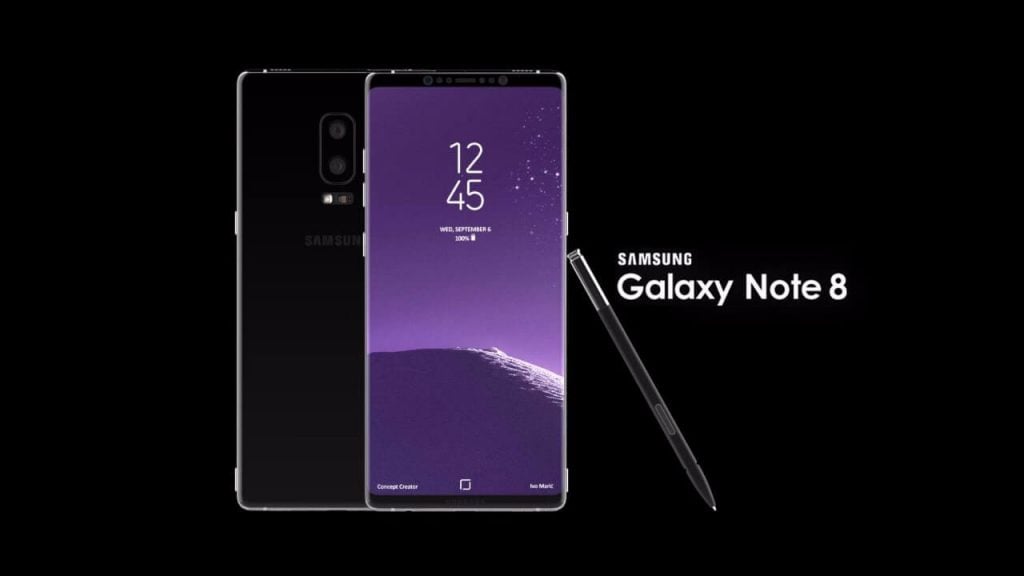 The Samsung Galaxy Note8 will take advantage of either a Snapdragon 835 or an Exynos 8895 processor – depending on the market. The phablet is expected to be the second Samsung phone after the Galaxy C9 Pro to feature 6GB of RAM.

As for storage options, we hope Samsung will offer more variants. The Galaxy S8 only sold with a 64GB configuration. Although the presence of the microSD card slot allowed users who needed more storage to easily expand. The Galaxy Note7 featured a microSD card, so we expect the Note8 to carry one as well.

He subsequently revised his prediction saying the phone will arrive with 6GB of RAM and 64GB/128GB or 256GB of storage.

07/31/2017 Update: The Samsung Galaxy Note8 was just spotted making an appearance at the FCC. While most of the juicy info in the filing is hidden, a detail of relative interest has nevertheless surfaced.

The phone will have four variants: a global one with the Exynos 8895 chipset onboard, two US versions, both with Snapdragon 835 on board (one for carriers and another factory unlocked model) and a display-only model with wireless capabilities.

08/14/2017 Update: According to a listing on Samsung’s Austrian website, the Galaxy Note8 (listed as SM-N950F/DS) will most certainly come in a dual SIM variant. This can be inferred from the “curious” DS ending.

However, US customers shouldn’t get too excited, as historically Samsung has bestowed dual SIM capabilities only to Exynos variants that were sold outside of America. 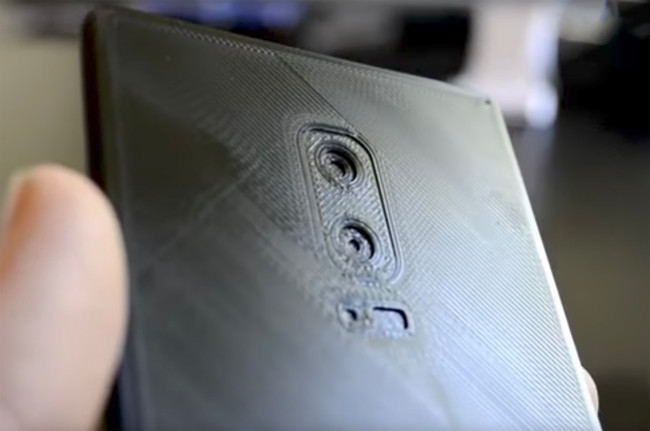 The upgrade in the camera department is probably going to be one of the main selling points of this year’s Note8.

The phone is expected to take advantage of a 12-megapixel sensor, as well as an independent optical image stabilization for the lens.

Samsung is finally jumping on the dual-camera bandwagon, after competitors like Apple, LG, Huawei, OnePlus or Xiaomi.

A recent report by popular leakster Evan Blass revealed the camera lenses will be placed horizontally and not vertically.

31/07/2017 Update: Samsung Electro-Mechanics (or the subsidiary in charge of developing mobile camera modules) just shared a bunch of sample images taken with a dual camera module. Given that the Galaxy Note8 will arrive with a dual camera setup on board we can assume, the phablet will be able to take images on par with what we see here.

08/16/2017 Update: According to a new report coming out from ET News, the Galaxy Note 8’s dual camera will consist of a 12-megapixel Dual Pixel RGB sensor paired with a 13-megapixel sensor and telephoto lens. 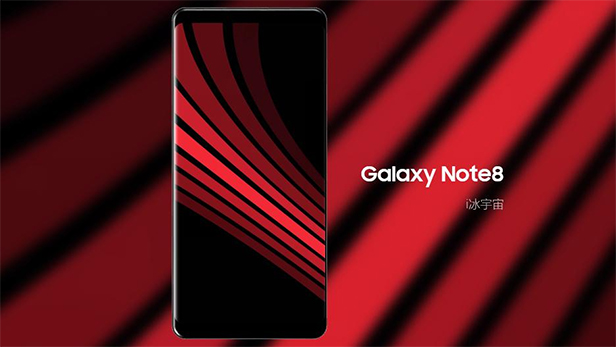 The phone will probably launch with Android 7.1.1 Nougat out of the box, but will, of course, be updated to Android O afterward.

Samsung will certainly include some new software tricks (like improved ease-of-use of split-screen multitasking), as well as an improved S Pen experience. New functionalities for the stylus include full-sentence language translation and currency conversion.

Bixby is also going to be onboard, but whether the Note8 will ship with Bixby Voice enabled remains to be seen. On top of that, the phablet will be compatible with the DeX dock which will allow users to use the phablet in desktop mode.

A 3,300 mAh battery (the same powering the Galaxy S8+) will breathe life into the Note8. The Note7 relied on a larger 3,500 mAh battery, so as you can see Samsung is playing it safe this year.

When will it launch and for how much? 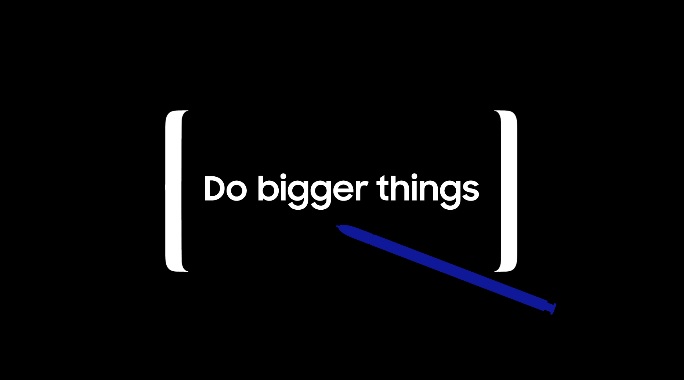 The rumor mill can’t seem to agree when the Galaxy Note8 will go official. A few weeks ago we heard the phone will go live during an event in New York scheduled for August 26, but most recently @evleaks revealed the phone will be unveiled in the second half of September.

Given Evan Blass’ positive track record with leaks, we believe the latter report is more likely to be true.

The same @evleaks warns the Galaxy Note8 will probably be Samsung’s most expensive phone to date. According to him, the device might end up selling with a $900+ price tag in the US, while in Europe it will be offered for €999.

07/24/2017 Update: Samsung has started sending out invites for an event set for 23 August 2017 in New York during which we’ll most likely see the Galaxy Note 8 make a debut. While the invitation doesn’t specifically mention the Note 8, we can clearly see an S Pen in the short video.

08/14/2017 Update: With only 9 days to go before the Galaxy Note8’s launch, Samsung has released a new video teaser for the device. Watch it below:

08/22/2017 Update: With only one day to go before the Galaxy Note8 launch, check out these two videos teasing the phablet’s camera and S Pen: