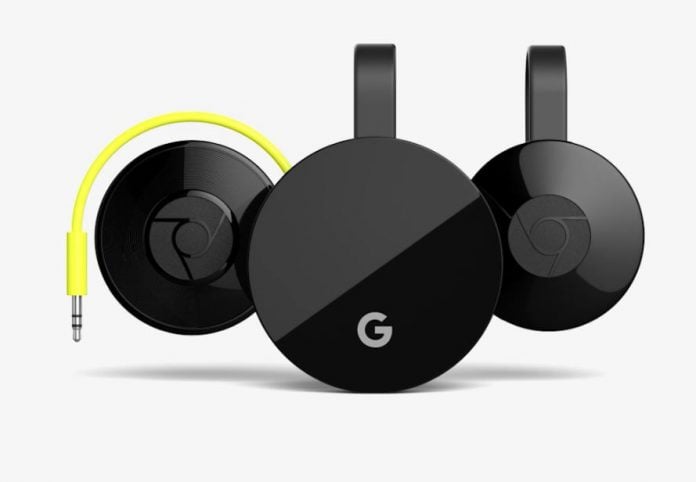 With an MSRP of $69, the Chromecast Ultra is essentially double price of the Chromecast at $35. You’re likely wondering if you’re looking for a new Chromecast or your first Chromecast, what does the additional $34 of tech provide?

The main difference between the Chromecast and the Chromecast Ultra from Google, is the ability to stream 4K video. This higher resolution, higher bitrate video signal requires additional hardware such as a 4K monitor or TV as well as a higher bandwidth internet service.

It’s not recommended for those with a limited internet connection as it will use much more data and possibly not be able to stream properly, particularly at up to 4 times the rate of a standard HD picture.

The new Chromecast Ultra device also provides the ability to take advantage of the new HDR and Dolby Vision technologies. Both of these technologies are relatively new, but offer expanded color-depth and contrast ratios not possible on standard televisions of yesterday. Your television must support one or both of these new technologies to take full advantage, and also be enabled, but offer stunning new video and audio qualities.

With Amazon, nVidia and Roku already offering competitive devices with new 4K capabilities, it would only seem fit that Google joins in on the fun. Many new televisions sold today have 4K and HDR capabilities and the prices continue to fall.

There’s a few things consumers must keep in mind to take advantage of these new technologies, but once considered, the picture quality differences are really spectacular. It’s safe to assume, that going forward, Google will offer both devices for the time being, but eventually the Chromecast Ultra should usurp the original Chromecast device.

If you’re in the market for a new 4K television, be sure to consider the Chromecast Ultra as a capable add-on for 4K video streaming. Otherwise, you can’t really go wrong with any of the Chromecast models available to consumers.