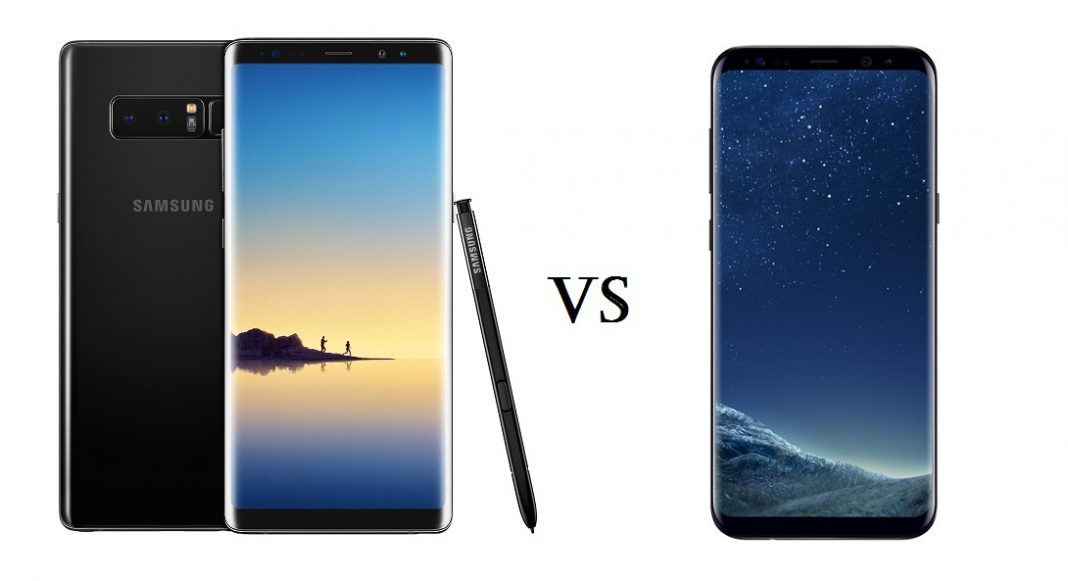 This year, the Galaxy Note 8 looks and feels quite similar to the Galaxy S8+ – one of the best Android phones of this year. But the obvious question is: what’s the difference between the two models? If you too are thinking of purchasing a Samsung flagship at this moment which one should you pick? Read below to get a preliminary idea. 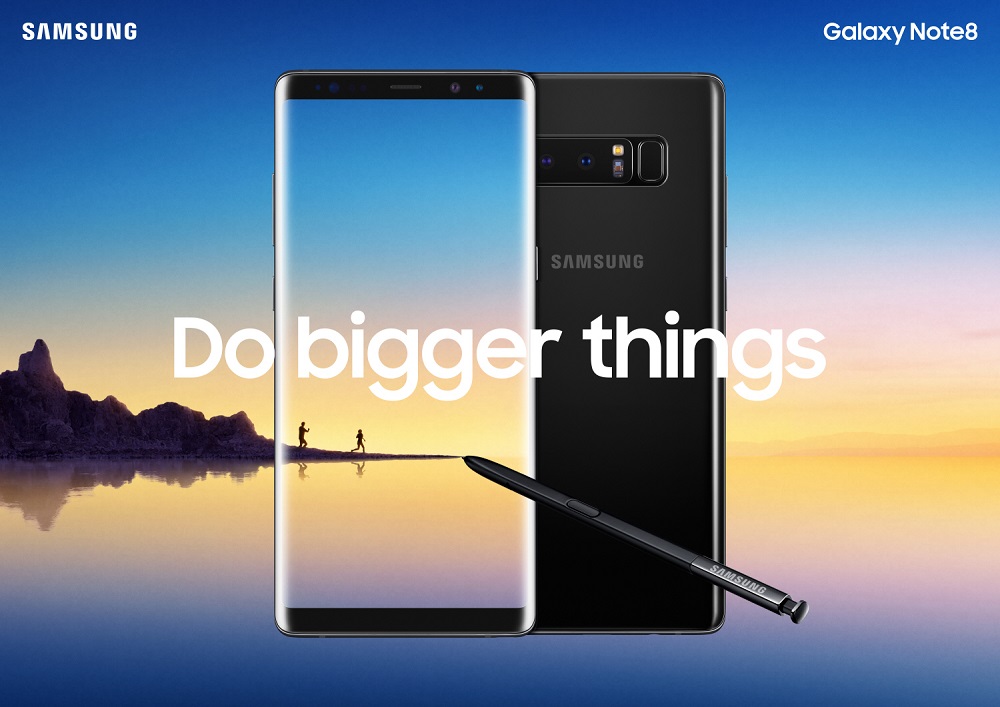 At first glance, the Galaxy Note 8 and Galaxy S8+ are extremely similar devices. But look closer and you’ll definitely notice some subtle differences.

The tall and narrow InfinityDisplay with 18:5:9 ratio and slimmed down bezels is present on both the Galaxy Note 8 and the Galaxy S8+, however, the Note is a bit larger accommodating a 6.3-inch panel, while the Galaxy S8+ features a 6.2-inch one.

What’s more, the Galaxy Note 8 boasts squarer corners – a characteristic of the Galaxy Note family – as opposed to the really rounded ones on the Galaxy S8+. Yet, both models benefit from the same premium glass/metal construction that makes them such gorgeous devices to look at. 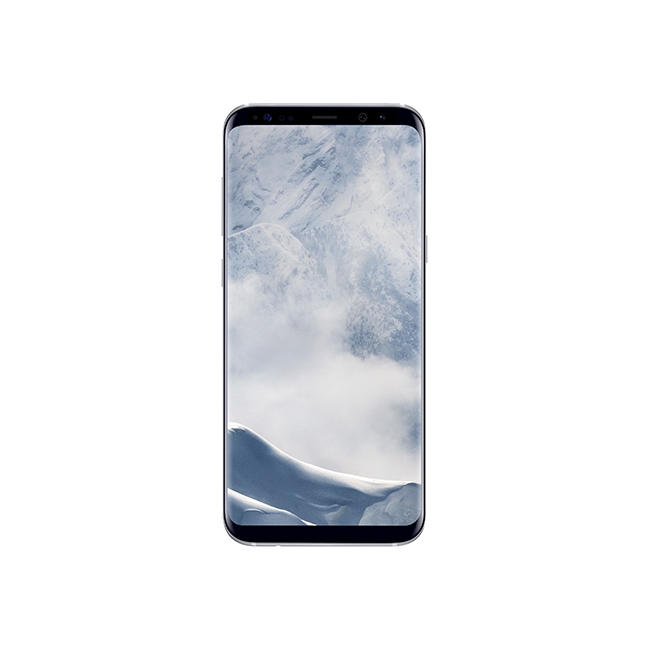 Obviously, the Note 8 is a bit heavier at 195g than the Galaxy S8+ which weighs only 173g. The new phablet is also a bit thicker boasting an 8.6mm frame, compared to the 8.1mm profile of the Galaxy S8+.

Both devices arrive with IP68 certification, a 3.5mm headphone jack and support for Samsung’s Pay service. 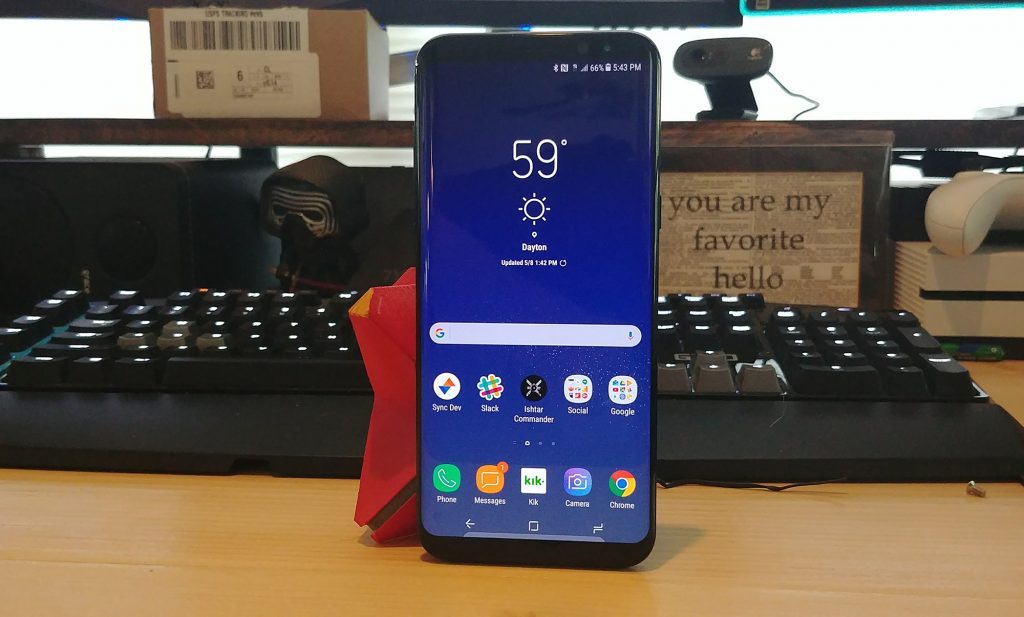 As far as hardware goes the two handsets are pretty similar. They both feature a Snapdragon 835 processor on the inside, but the Galaxy Note 8 offers 6GB of RAM, as opposed to the 4GB of RAM included with the Galaxy S8+.

There are also more storage variants for the Note 8 which launches with 64GB/128GB and 256GB options. The Galaxy S8+ is only available with 64GB of built-in storage in Western markets, even though a 128GB version was briefly offered in China. Both phones include a microSD card slot for memory expansion up to 256GB.

When it comes to battery, the Galaxy Note 8 features a smaller one – as Samsung had to make room for the S Pen slot. The Galaxy S8+ includes a 3,500 mAh juice pack, while the Note 8 relies on a 3,300 mAh one instead. Since the two product relies on similar hardware, we expect the Note 8 to offer slightly less in terms of battery life. 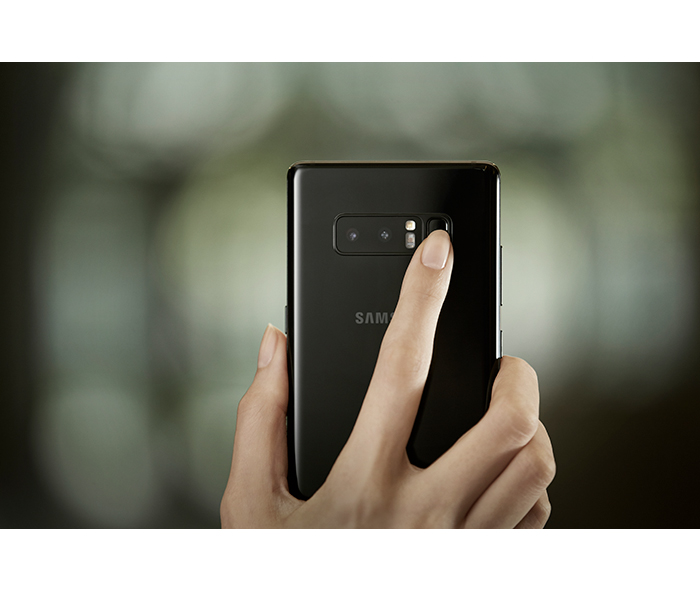 The dual camera onboard the Galaxy Note 8 is one of the main differentiators from the Galaxy S8+. The Note 8 comes equipped with a 12-megapixel main sensor with f/1.7 paired with a secondary 12-megapixel telephoto lens with 2x zoom and f/2.4.

It’s also important to note that the new phablet is the first phone to come with optical stabilization on both camera sensors meaning that both the wide angle lens and telephone one take advantage of a system meant to prevent users from taking shaky shots. 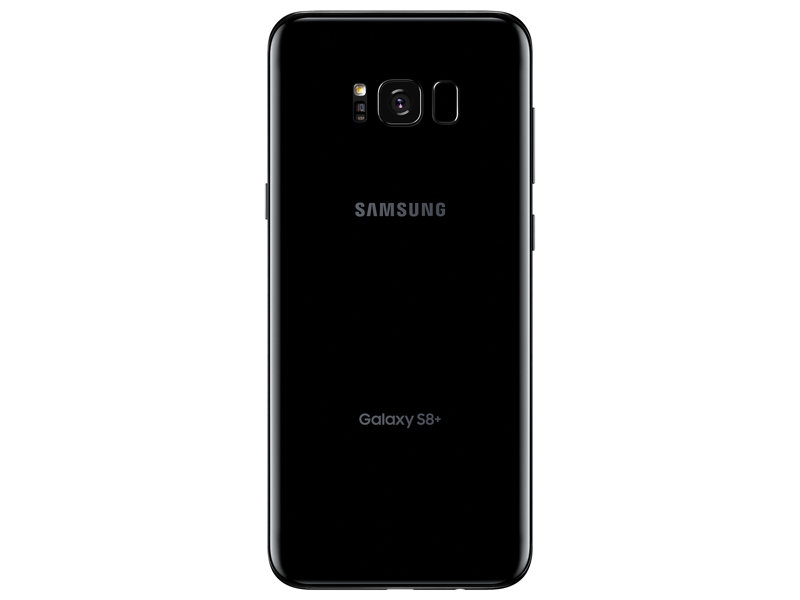 The Galaxy S8+ comes with a single 12-megapixel sensor with f/1.7, phase detection autofocus, OIS and LED flash which has been proved to take outstanding shots.
Both handsets include an 8-megapixel selfie snapper with f/1.7 and autofocus. 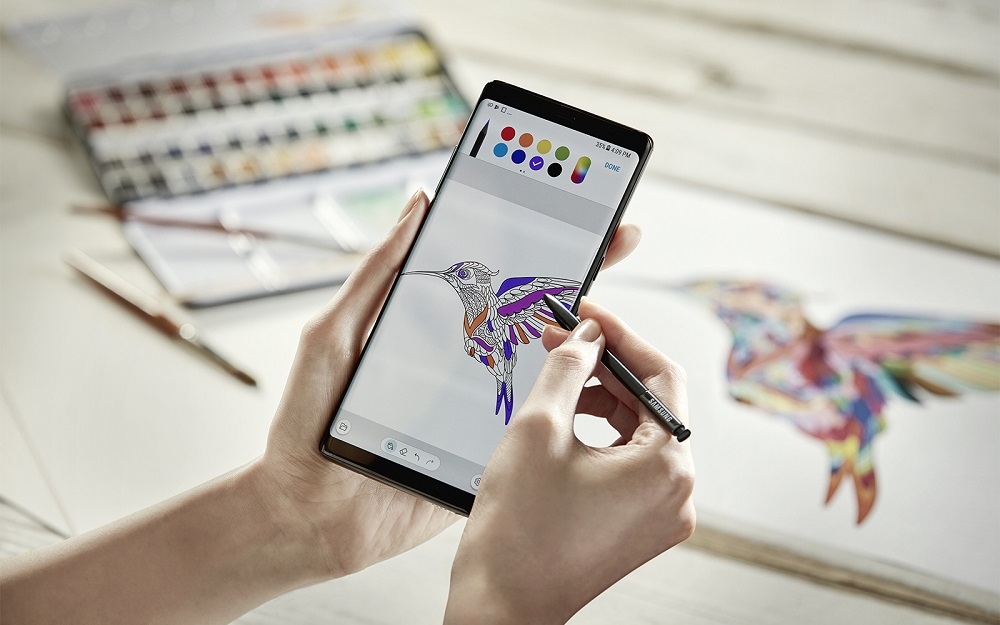 The standout feature with the Galaxy Note family is obviously the S Pen companion. As you’d expect Samsung build upon the earlier iteration to provide greater functionality. So now users can take advantage of features such as Smart Select which allows you to use the S Pen to select and share animated GIFs or Magnify that lets Note 8 owners hoover the S Pen to zoom in on something. 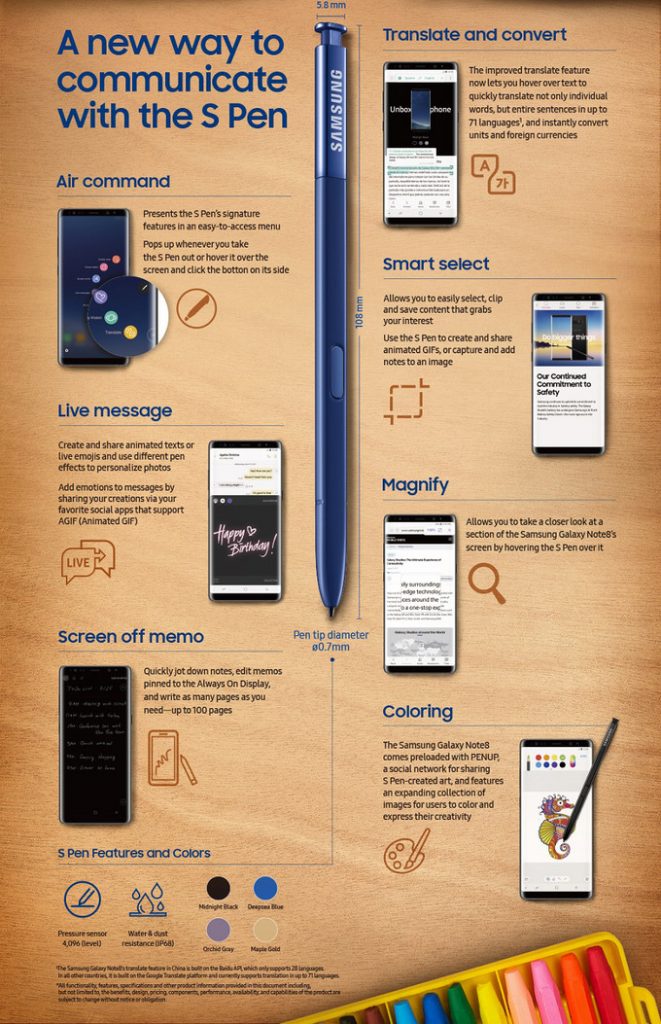 Both phones take advantage of the Bixby virtual assistant which by the way, made its global debut a few days before the Note 8 went official.

The Note 8 will also come with a set of premium AKG earphone in the box, tuned by none other than Harman Kardon (a brand now under the Samsung umbrella). 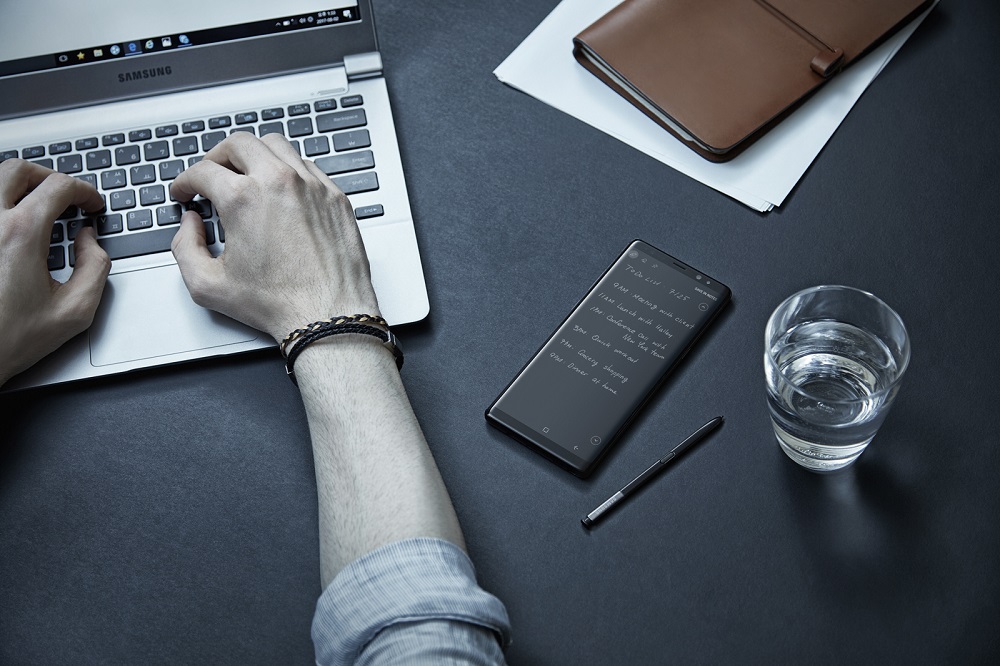 The Samsung Galaxy Note 8 is a $900+ device and one of the most expensive phones coming out of the company to date.

To sweeten the deal, the Korean tech giant will be offering early birds a series of perks. Pre-order the device from Samsung until September from Samsung and you’ll be able to get a free 128GB memory card or fast wireless charger, or a free Gear 360 camera on Samsung.

We should also note that former Galaxy Note7 owners are eligible to receive an instant trade-in value of up to $425 when their upgrade to the Galaxy Note 8.

Check out our When and Where to Buy article to see all the places that offer the Galaxy Note 8 (including carriers).

As for the Galaxy S8+, the phone is a bit less expensive. Samsung is offering the unlocked version for $674.99, but you can get it from other places too. Check them out here.