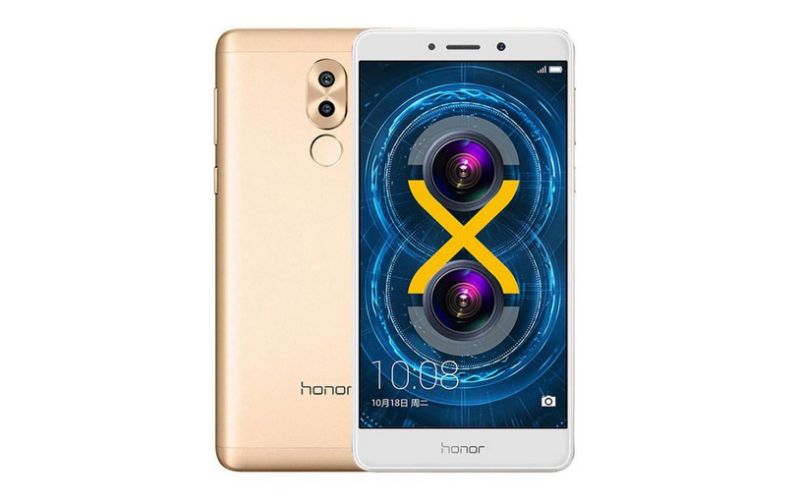 The Honor 6X was launched in the US during CES 2017 in early January. The phone is a really decent mid-ranger made more appealing by the presence of a main dual-camera.

The device comes with a 5.5-inch with 1080 x 1920-pixel resolution and a Kirin 655 processor under the hood. The Honor 6X also features either 3GB with 32GB of internal storage (with microSD card slot for memory expansion up to 256GB)

The biggest selling point of the device is probably the main 12MP+2MP camera combo with phase detection autofocus, LED flash plus an 8MP selfie camera.

The Honor 6X lives off a non-removable 3,340 mAh battery and runs Android 6.0 Marshmallow out of the box, but an update to Android 7.0 Nougat is planned for the first half of 2017.

The official Honor US website is offering the Honor 6X in Silver, Gray and Gold for $249.99. The smartphone comes with 1-year manufacturer warranty. To celebrate Valentine’s Day, Honor is hosting a promotion – so you’ll be able to get the phone at the mentioned price plus additional accessories.

Amazon sells the Honor 6X in Silver, Gray and Gold. The phones are sold with 3GB of RAM and 32GB of internal storage and come with an US warranty. The handset is compatible with AT&T and T-Mobile networks. You can pick it up for $249.99

Newegg also has the Honor 6X up for sale in all color variants. You can grab it for $249.99 and add an additional 1 Year Accident Coverage Plan for an extra $25. The phone comes with US warranty and if you order the Gray version now, you can also grab a pair of free Nakamichi Noise Cancellation headphones.

At B&H Photo Video the unlocked Honor 6X in Gray can be yours for $249. The Silver and Gold models are only available for pre-order for now, but you can request to recieve an alert when the model arrives in stock.

Best Buy offers the Honor 6X in all three color versions for $249.99. The unlocked phone can be also be paired with 1-Year Accidental Greek Squad Protection for $59.99.