As I touched on when I went hands on with Metro’s ZTE Blade Z Max a couple weeks back, this phone has a ton of potential to redefine the concept of a budget smartphone. Typically when we think of budget phones, we look to low-end phones from big-name manufacturers such as LG and Samsung; poor products with awful specifications that still sell units because they have the big-brand name slapped on them.

But ZTE strives for more, bringing as many of the popular features from its higher-end Axon line as possible and cramming them into a $130 phone that pretty much anyone can afford. With that pricepoint in mind – and not comparing it to flagship phones – what follows is my honest and largely-uncensored thoughts on the ZTE Blade Z Max, from Metro. 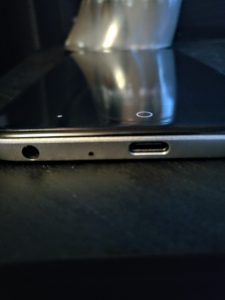 While unibody aluminum chassis(es) are en vogue right now, and glass bodies are making something of an ill-advised comeback, not every phone – and certainly sub-$200 phones – can afford such a luxury. And that’s definitely the case with the Blade Z Max, which is a combination of plastic siding and a textured, softer-plastic backing. The phone has solid heft for its 6″ frame, but is rather remarkably thin considering the battery it’s packing. The fingerprint sensor, which is quick and accurate, is located on the back of the phone, like other ZTE products. While the screen does not utilize the industry standard Gorilla Glass, it does feature something called DragonTrail Glass, which has been described to me as such:

“Dragontrail glass is an alkali-aluminosilicate sheet glass engineered for a combination of thinness, lightness and damage-resistance, similar to Corning’s Gorilla Glass. The material’s primary properties are its strength, allowing thin glass without fragility,  high scratch resistance and hardness.”

In my time with the Blade Z Max, the screen has accumulated no scratches despite being used without a screen protector, and even a couple minor falls show no dings or scratches on the frame. Overall, the Blade Z Max feels much more premium than its price tag would suggest, and it has thus far proven to be every bit as resilient as any modern smartphone – which, admittedly, is not a high bar to reach.

Here’s the skinny on the display – it’s not world-shaking or revolutionary. It’s just okay. But okay, in this price range, is pretty damned good. It’s a 6″ IPS LCD screen with a 1080p resolution, with a bezel bringing it to a 70% screen-to-body ratio. The color and clarity of the screen are as described above – just okay. There’s no frills or gimmicks here, just a phablet-sized display with an adequate resolution and industry-average panel technology. 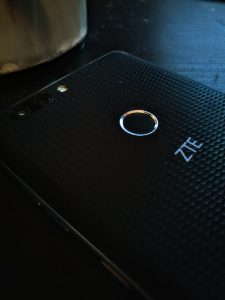 You knew there was a catch, right? There’s no way this phone can possibly be as good as described at the price listed without some serious drawbacks…right?

You’re right, dear Android Guys. The internals on the Blade Z Max are not anything great, or even good, really. It runs a Snapdragon 435 processor, clocked at 1.4GHz, which is about par for the course for budget smartphones these days. It won’t run high-end games, but hey – it ran Star Wars: Galaxy of Heroes just fine for me, and combined with that battery (detailed below) it can run it for hours without breaking a sweat. With just 2GB of RAM (but 32GB of expandable internal storage), the Blade Z Max is definitely on the low end of the “usable” meter, but it’s remarkably memory-efficient, given that it doesn’t need to use any additional resources on a custom UI or ROM.

As with every aspect of this phone, the modest specs need to be taken in context – keep your eyes on that price tag when taking it all in.

Aside from the battery, the list of internal features is, perhaps, what most surprised me when I was using the Blade Z Max. Featuring Bluetooth 4.2 (not quite modern), WiFi 802.11n (not quite the newest standard), Type-C USB charging (only 2.0, but still the most modern connector), a rear-mounted fingerprint sensor, Dolby sound, and a dual-lens camera, this sub-$150 phone packs a pretty slick set of components – much better quality than you’d expect at that price-point. 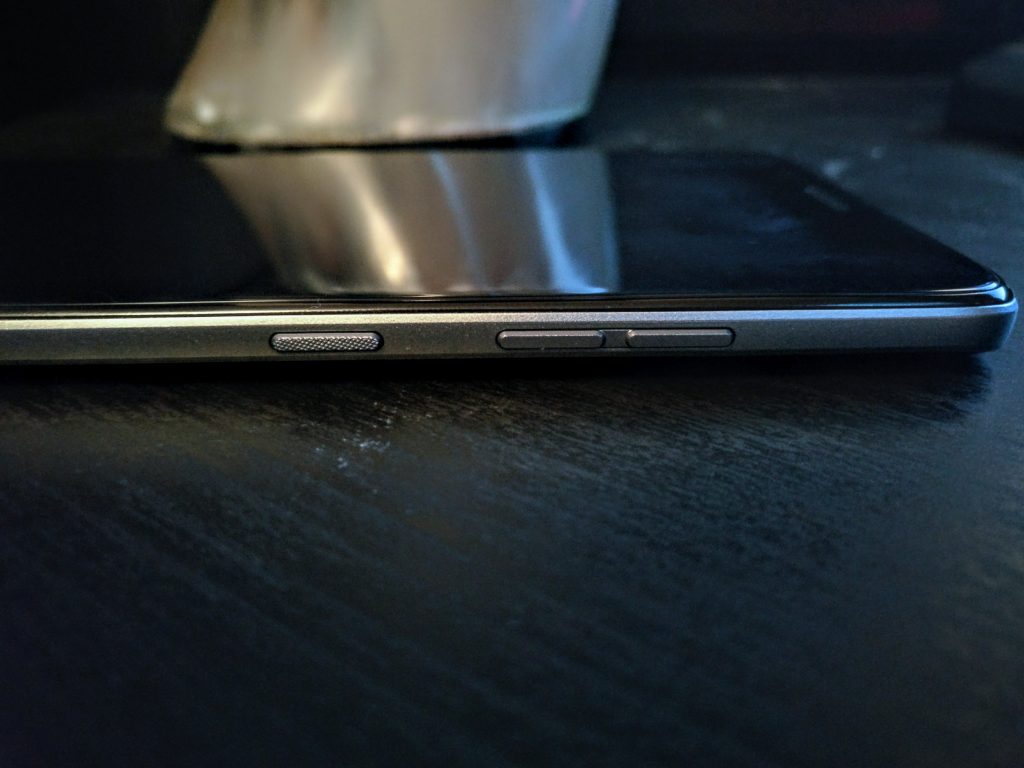 4080mAh. 31 Hours of talk time. A processor that sips juice even at max usage. You should get at least two days usage out of this baby even with heavy use – and I routinely have in my time with it. It’s a beast, if nothing else. Truly great for both older and younger audiences, and for those that don’t use their phones for heavy applications. 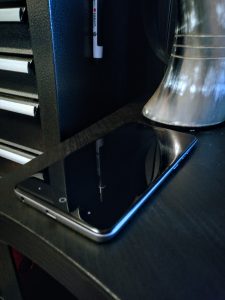 My daily driver is a OnePlus 3T. It’s got a decent shooter – 16MP, great detail even at full zoom, and solid performance at most light levels. But this new fad of having a dual-lens on the rear camera of a phone appears to be here to stay, and for good reason. After using the 16/2MP dual sensor on the Blade Z Max, I never want to go back to taking pictures with my 3T. There are simply more options, with better software. With on-the-fly exposure adjustments, panorama/manual/multi-exposure/time-lapse modes with the 16MP lens and a plethora of options using both lenses (including the obligatory Bokeh and Portrait modes, as well as a very entertaining Mono-Color mode), the sheer number of options in ZTE’s camera app and hardware makes it an easy favorite.

I’m an Android purist. I hate that LG and Samsung feel compelled to slap  a coat of shiny paint on all their devices in order to stand out from one another. Imagine my absolute joy when I discovered that not only does the Blade Z Max run Nougat 7.1.1, the most up-to-date version of Android released, but it runs it in a largely uncorrupted state. While ZTE has modified a couple AOSP apps to suit its needs (and the needs of Metro), and the aforementioned Camera app is totally custom, the interface remains pure Nougat-y goodness.

I feel like it’s utterly redundant of me to say that this phone is an amazing value if you’re on the Metro network, or if you can buy it at retail and unlock it for use on T-Mobile or AT&T. At $130, that’s certainly an option. The Blade Z Max, as mentioned above, is a tremendous value phone for people that don’t need a workhorse phone.