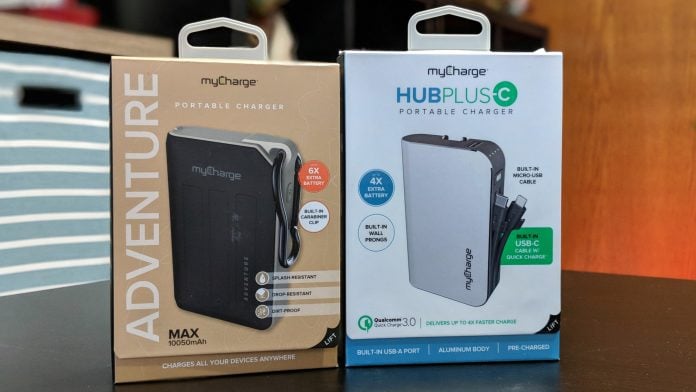 Take a moment to think about how many devices you use which require charging on a regular basis. Be it a phone, tablet, wearable, or even a Nintendo Switch, you’ve got something that needs an occasional, or daily charging. What happens if you’re out and about and don’t have access to a wall or auto adapter? Reach for a myCharge portable charger, that’s what.

We’ve long been a fan of myCharge portable charging solutions, having had the privilege of reviewing them over the years. The 2018 selection is no different; it’s bigger capacities, faster charging, and smaller footprints. Not only that, but myCharge has a few recent tricks, too.

Our team has spent a few weeks using a number of myCharge portable charger options, each of which speaks to a different type of user. Here’s a couple that we’re more than happy to recommend.

The sort of charger you’ll want to pack for a weekend of camping or a day at the beach, the AdventureMax offers up 10,500mAh of juice. More than enough to charge your phone a few times over, it has two USB ports. So, throw your Bluetooth speaker on there and charge the handset at the same time.  The carabiner clip lets you fasten to your backpack or belt loop so it’s always within reach.

Although this isn’t a new product line, this marks the first time we’re seeing it feature a USB Type-C port. In fact, it’s got a built-in cord for convenience. This is great news for those of you with a recent flagship phone like the Pixel 2 or Samsung Galaxy Note 8. Don’t need the new plug? Pull out the microUSB cord instead and charge up pretty much everything else.

At 6700mAh, there’s enough power to get multiple phones charged up multiple times. There are four light indicators to tell you how much is left in the tank so you’re not surprised when it gets depleted. Once it is, though, simply plug the entire unit directly into the wall via its wall prongs.

If you need even more peace of mind, opt for the AdventureUltra. Not only do you get 13,400mAh of battery life, but you get a host of ports, too. Included are two USB ports, a USB Type-C port, and an AC port (45 watts). Now you’re talking about four devices at once, including anything that would normally plug into the wall. Read our full review.

Keep an eye on exactly how much power is left inside of the myCharge portable charger with a full display. Moreover, you have the ability to power the outlets on and off. And, thanks to the pass through charging, you can charge the power bank and any devices plugged in at the same time. 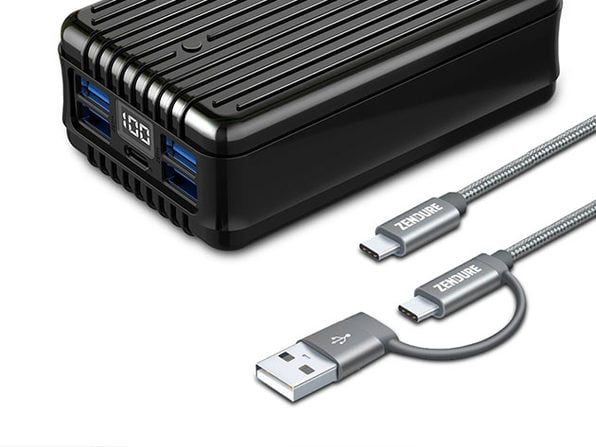 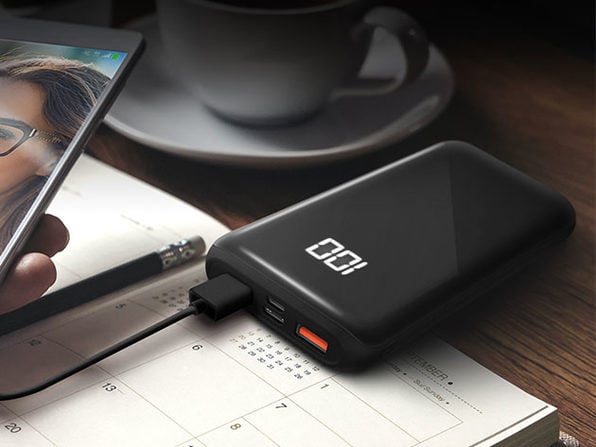