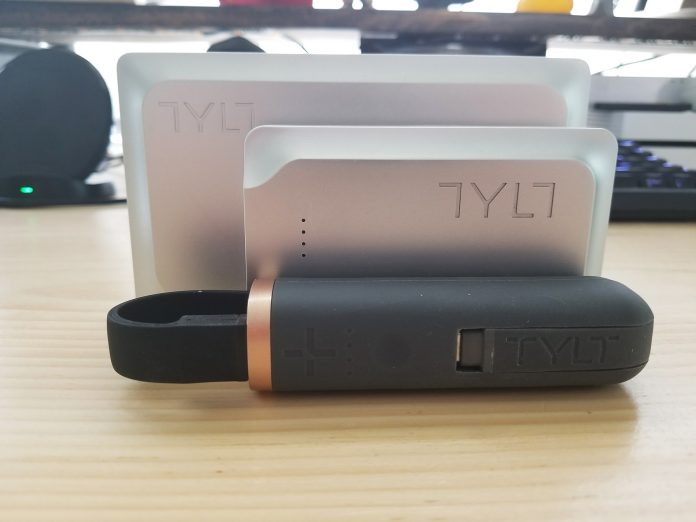 I’m a huge fan of TYLT. Always have been. I’ve had a TYLT Vu on my desk for as long as I can remember and only replaced it recently with a fast wireless charging dock. I have a TYLT Energi backpack that I use almost daily. You could say I’m a bit of a fanboy.

But recently, it seemed like TYLT hit the pause button a little bit. I don’t remember seeing many new products from the company and that can be death in an industry where you have to continue to innovate as new technology comes out in the phones your products attach to. I wondered what TYLT was up to.

Then, I saw a Mr. Mobile video for the new Energi Pro backpack and I knew the company I had come to respect was back. Just look at that backpack! It’s beautiful, functional, and doesn’t break the bank. We’ll have a full review of it soon, but suffice to say, it’s my new “daily driver”, if you will.

What we’re talking about today, however, is chargers. That’s what the company has been best known for over the years and with the release of some new additions to the lineup, I think they’ll regain their place on the top of the mountain. Let’s take a look at what they sent over. I’m just going to start out by saying, this is my favorite battery of the whole lot. The 4X is a 7800mAh portable battery with a single USB type-A port to charge your devices and a micro USB in. But, the killer feature for my family is the dock. We have it set up by the front door and can grab it whenever we’re running out and our phones are low on juice. Once we get home, we throw the battery back on the dock and it charges back up.

The 4X has a 7800mAh capacity which means it can charge both my Samsung Galaxy S8 Plus and my wife’s Apple iPhone 6S Plus with a little juice left over. While my wife’s iPhone doesn’t support quick charge, my S8 Plus does and that’s where the Quick Charge 3.0 support comes in. Knowing I can grab enough battery life for the entire trip during a car trip really sets my mind at ease. 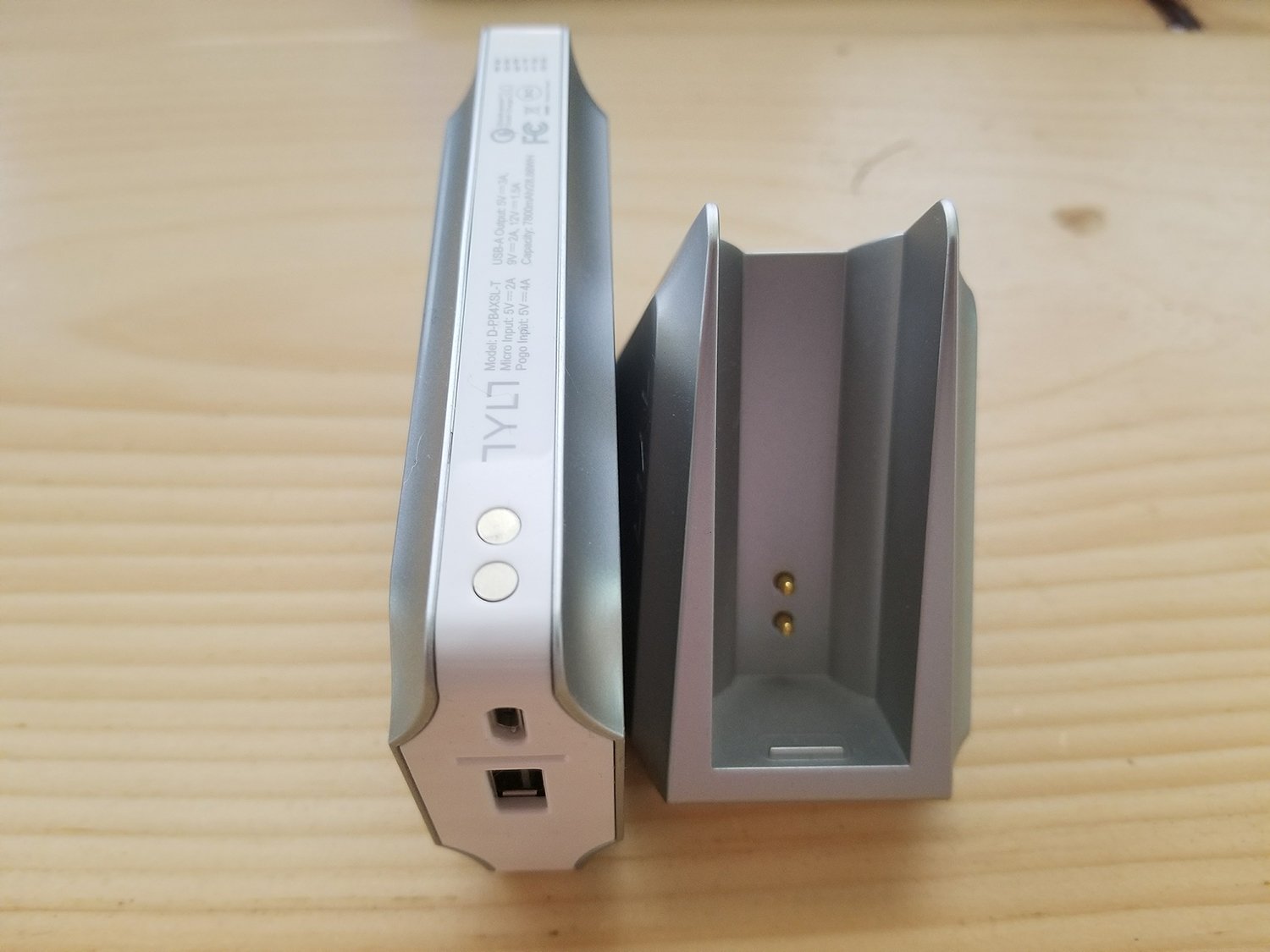 The battery is made out of a hard plastic that looks great. It’s so durable and designed so well that you’d be forgiven if you thought it was made out of metal, but TYLT went with a high-quality plastic to keep cost and weight down. I do love premium materials, but as much as it gets tossed into bags or thrown onto the dock, I’m fine with plastic since it should be a bit more durable to scratches and scrapes. My only real complaint is that you can only charge one device at a time. The single USB type-A port is great because it supports QC3.0 but I’d love to charge my wife’s phone at the same time I’m charging mine. Also, it takes about 2 hours to recharge the battery from full, but since we generally just throw it on the dock for days at a time in between uses, this doesn’t present that much of an issue for us.

All-in-all, I love this thing and highly recommend it. You can grab one from TYLT’s website for $49.99 or Amazon for a few bucks cheaper. 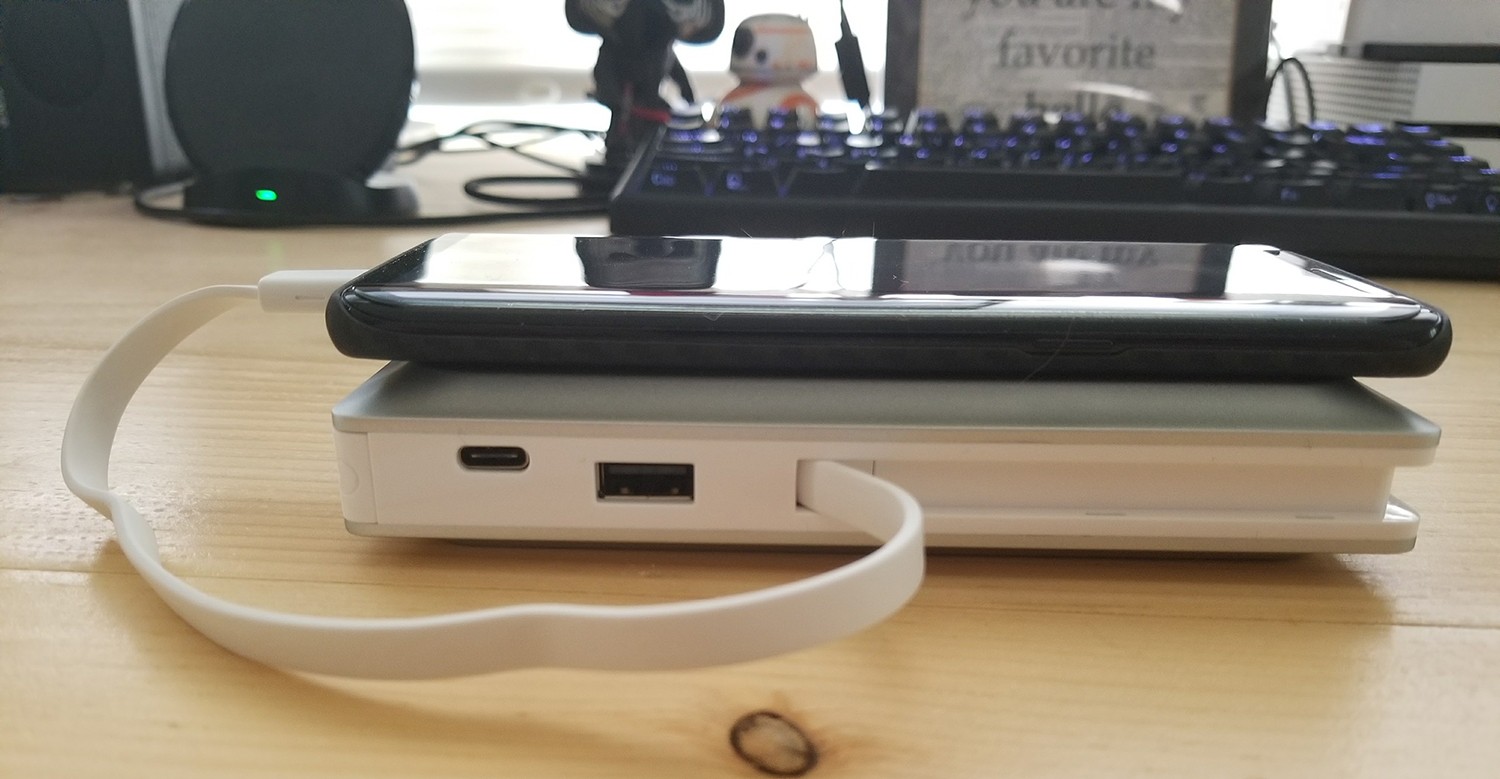 This is the big boy. This is the biggest, baddest, fastest charger on the block. The 7X from TYLT has a 13,400mAh capacity and is designed to charge damn near anything with a USB type-C port. TYLT specifically mentions that this thing is perfect for Macbook owners because you can get a full charge for your computer with the 7X. I don’t have a Macbok to verify that claim, but I do know that even taking some heat loss into consideration, you’re going to get a ton of power out of this battery.

Much like the 4X, the 7X supports Quick Charge 3.0 so anything you plug this into will charge as fast as it safely can. The 7X also has wall prongs built right into the side of the battery so all you have to do is plug it into a power outlet and you’re recharging. This is incredibly convenient as you don’t need to worry about fussing with a wall adapter and wires to recharge the battery, but since it’s such a massive hulk of a battery, you will have to take space into consideration when trying to find an outlet. Additionally, the 7X recharges from dead to full in 2.5-3 hours, which is the same time as the 4X which has about half the capacity. 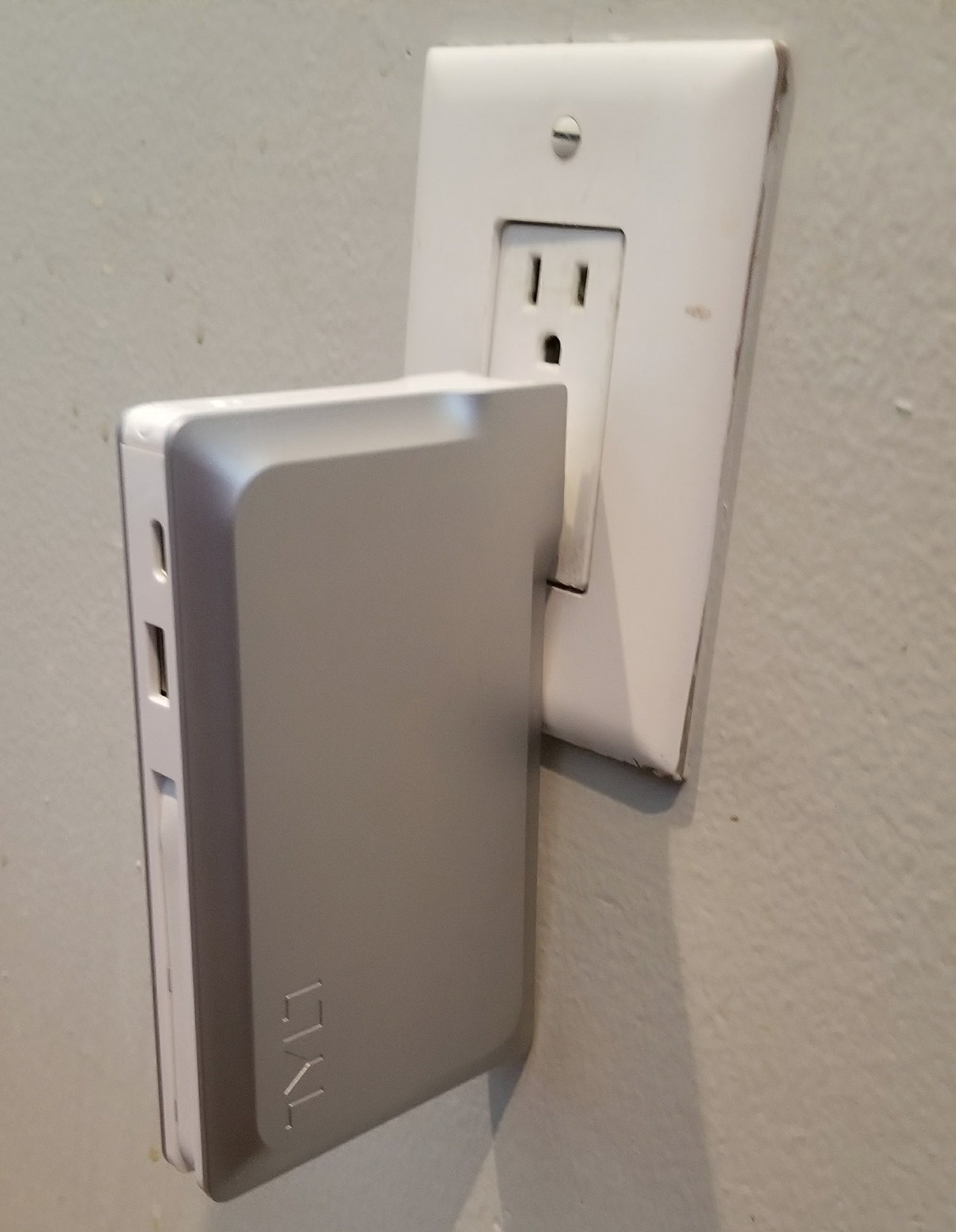 The 7X looks great. I love the industrial grays and the plastic design that TYLT used on the 7X and its little brother, the 4X. The I’ve had no problems keeping either of them looking good despite some rough handling in the time that I’ve had them. While the 7X can be a little heavy to carry with you at all times, you’ll hardly notice it if you’re used to carrying a heavy laptop bag full of stuff and you throw it in there. The TYLT 7X isn’t cheap, but it’s worth it if you need a massive battery with quick charging technology. You can grab one from TYLT’s website for $109.99 or on Amazon for $99.99 with Prime shipping. I know spending $100 on a battery sounds like a lot, and it is, but if you have the dough and you’re looking for a long term solution, I can’t really think of a battery alternative on the market right now.

If you want a charger to slip in your jeans pocket, the Flipcard is a nice option. While it’s not as small as some of those smaller lipstick-style chargers, it does pack some serious power. The 5000mAh capacity is enough to charge basically every phone from dead to full with a little bit left over. If you and your friend need to top off before a night out, it’s a great option. The LED indicator lets you know roughly how much power you have left too, which is nice.

What I truly love about the Flipcard is that I never need to use a cable with it. The built-in USB type-A for recharging and USB type-C loop around the top of the device and tuck into the frame of the battery for easy storage. All I have to do is pop out the USB type-C cable and I’m charging. It’s crazy easy.

Unfortunately, between writing this review and taking the pictures for it, my Flipcard was either lost or (much more likely) stolen. I wish I could have brought you more in-person pictures of it, but apparently, someone else needed it more than I did.

The TYLT Flipcard will run you $59.99 on its website and comes in black and blue. It also comes in lightning and micro USB varieties too. The Flipstick is a lipstick-style charger that fits into most any jeans pocket. It packs a 3350mAh capacity that should get you hours of battery life in a single charge. It also incorporates attached USB type-A and USB type-C cables so that you can charge your device or recharge the Flipstick without any extra wires. I really can’t state how convenient this is.

Four LEDs let you know how much charge you have left and the concaved button feels satisfyingly clicky to push. I would know because I keep pushing it over and over and over again. It’s like my own little fidget spinner.

My only real issue with the Flipstick is the slower charging speeds. This is a common issue with these smaller form factor chargers. The 1 Amp charging speeds can feel painfully if you’re sitting there watching the clock but if you’re out on a hike or at a movie, just plug it in, throw it in your pocket or bag and let it do its thing. You’ll have enough battery power to last you through the night.

You can grab the Flipstick for $39.99 from TYLT’s website or Amazon. 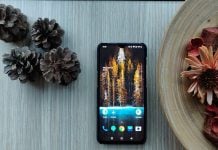 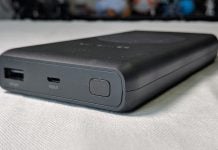