Buying a phone in 2021 is an entirely different situation than it was just a few years back. Many consumers are used to buying their phones from their wireless service provider but that’s slowly changing.

Thanks to the growing presence of unlocked handsets, customers are now able to choose from a much wider selection. Instead of being stuck with what your carrier offers, consider going direct to the manufacturer.

Sony is one brand that has pretty much only ever really offered its phones in unlocked manner. Sure, there were a few models in the early days of Android which could be purchased with a carrier, but that’s a distant memory.

We’ve put together this Sony phone buyer’s guide to help you make heads or tails out of everything. This should help you get a better understanding of what’s currently available from Sony.

Sony currently offers three lines of phones, each with two versions available. Much like it does with its cameras, these are mostly designated “Mark II” and “Mark III”. The sole difference being that its Xperia 10 is offered in a standard and a Plus variant.

If there’s one thing people can say about Sony’s phones, it’s that they are easily distinguishable from their angular shoulders and premium appearance. Worth noting, too, Sony’s handsets tend to lean into camera capabilities with excellent sensors and shooting modes.

Sitting at the top of the Sony food chain is the Xperia 1 III, a flagship phone that hangs with the best of them. For your money you get a 6.5-inch 4K HDR display at 120Hz, a triple rear camera setup, and a generous 4,500mAh battery.

Running Android 11, this one has a Qualcomm Snapdragon 888 5G processor backed by 12GB RAM and 256GB internal storage capacity. Need more room? Toss in a microSD expansion card for up to 1TB of additional space.

One of the biggest draws is the suite of camera shooting modes, including the 4K HDR Movie recording with up to 60fps. The phone is a durable one, to be sure, thanks to Corning Gorilla Glass Victus and the IPX5/X8 water resistance and dust proof protection.

If you’re shopping with a slight smaller budget but still want something incredibly robust, you may wish to consider the Xperia 1 (Mark II) which is still available.

About as powerful of a phone that a typical user might want or need, this one has 6.1-inch display with incredibly high refresh rate and touch sampling rate. 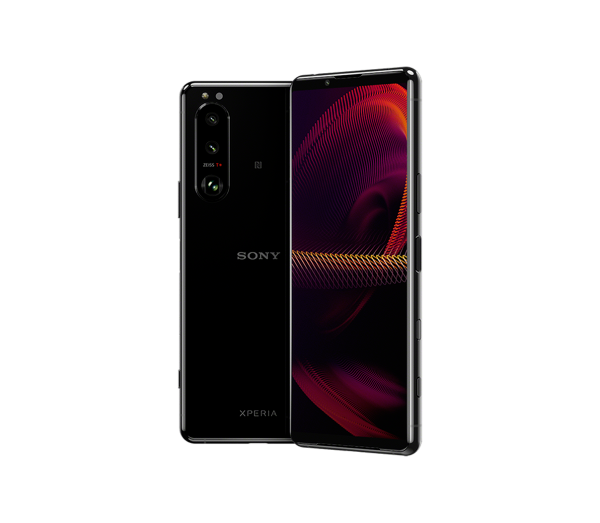 Co-developed by the engineers behind Sony’s Alpha series of cameras, the phone packs three cameras with object tracking, fast autofocus, and a suite of software features that lead to excellent shots in all levels of light.

The Xperia 5 III handset runs Android 11 and houses high-end hardware such as a Qualcomm Snapdragon 888 processor with 8GB RAM and 128GB internal storage.

Moving down the ladder just a rung, to the previous generation, both the Xperia 1 and Xperia 5 are available in MK II variants. Powered by Android 10, they feature still-powerful hardware with an excellent set cameras and settings. Start here if you’re not quite ready to commit to a flagship just yet.