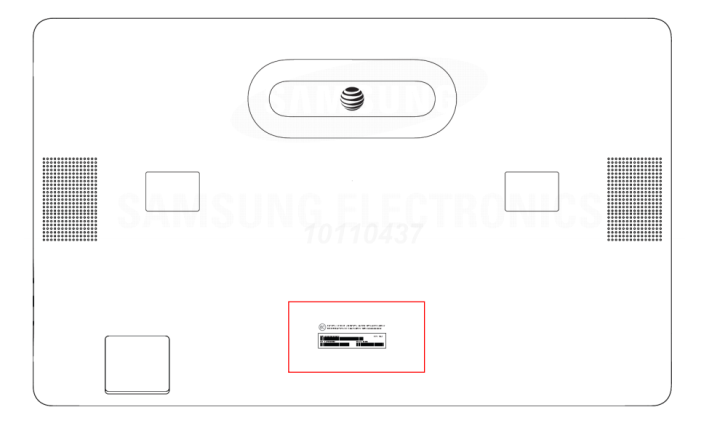 A while back, Samsung teased us with a new product bigger than most of us have ever used. It’s a tablet called the Galaxy View, aimed at people who want a much bigger screen to hold, one that measures 18.6 inches according to a new FCC leak.

The filing shows that the Galaxy View with the model name SM-T677A will be heading to the US and possibly being held exclusively by AT&T according to the logo on it’s back. The filing shows the device has two rather large speakers on the back of the device for some promising sound, and the dimensions show the tablet measuring 513mm diagonally and 447mm wide.

Specifications for the Galaxy View appear to show low to mid-ranged hardware, with a 1920x1080p screen, 2GB of RAM storage, 32GB internal storage and a 5,700mAh battery. These specs would be impressive for a phone, but for a tablet measuring 18.6 inches, this battery is barely going to hold. The specifications may change on official announcement, but it appears this tablet will be a low-cost device.