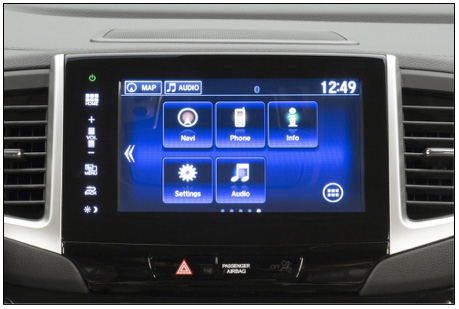 Not much has been said about the specs of the device, but we were able to confirm that it runs Android 4.2.2. Here is a complete rundown of what we know at this time.

In the short time I was able to play with the device I was impressed with the speed and responsiveness of the system. It’s surely a vast improvement over the previous generation Display Audio system available in some of their other vehicles. As we get more information we will update you on the specs. In the meantime, you can check out the 2016 Honda Pilot at your local Honda dealer.

UPDATE: A number of people have complained that they have been unable to install APK’s to their system. I have reached out to American Honda and can confirm that APK installs are currently disabled. They assured me that the feature will be enabled in the future via an update, but they were unable to give me a time frame.