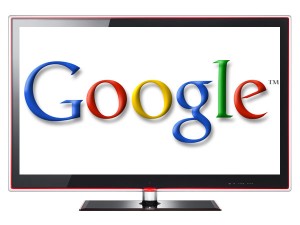 It looks like there is at least one zombie for sale this holiday season, and I don’t mean walking dead figurines. After Tech Crunch posted this article declaring GoogleTV was DOA (Dead on Arrival) I was surprised shocked to see nearly every android related site simply rehash the same sentiment. Almost nobody rebutted! It seemed at least to me that nobody even gave it any thought. Tech Crunch posted it and it was on the Internet so it must be fact right?

It couldn’t be that we are in the middle of the busiest shopping season of the year? It couldn’t be that Sony builds margin into their products allowing for discount specials? It couldn’t be that maybe, and I know this is a long shot, but maybe this product  in its infancy hit the shelves priced a bit too high for demand and a simple mark down might spur adoption? Nope none of that could be the case. The product failed! Get them off the shelves before they turn brown and stink like a rotten apple!  (I hope you are noting my sarcasm here, not sure I can make it more apparent)

Oh but wait what do we have HERE? Yup that’s right it was a sale of all Sony GoogleTV products. No big conspiracy. No end of a product that is not even out of infancy. A simple sale.

But lets get real for a second. “GoogleTV is dead” makes for a much catchier headline than “GoogleTV put on sale during the busiest shopping weekend of the year just like every other product under the stars”. I mean really who would read that second article? So it looks like GoogleTV has risen from the dead, its pricing is going back up. It is not being taken from shelves and burned in some dark alley. Nobody has even considered all the new GoogleTV products that will be announced at CES. Maybe we should be concerned about a zombie horde of GoogleTVs at CES? I think the real question is will you be buying the zombie known as GoogleTV this holiday?