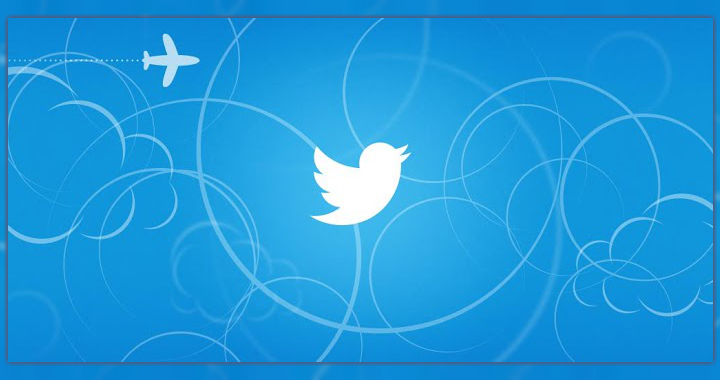 Hey there!  Are you a new Android user looking to pick up a Twitter application for your phone or tablet? Maybe you’re a seasoned Android veteran who is ready to switch things up a bit and try something new.  Whatever the situation, you now find yourself in the hunt for a Twitter client.  We’re here to help, so we’ve picked out 24 insanely great Twitter apps that may be of interest. We want to make it easy for you to follow @androidguys!

Of course, this is not an exhaustive list and there are always going to be a few gems that slip through the cracks. To that end, we would love for you to add your favorite app in the comment section below.

Here they are, in alphabetical order: Chant for Twitter – One of the most recently released Twitter apps on this list, Chant is currently an ongoing beta project which looks to bring a simplified experience to your phone. Note that it does feature in-app advertising which the developer advises has a “clever placement approach” that shouldn’t annoy users. 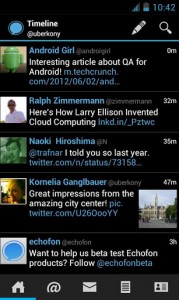 Echofon for Twitter (beta) – Standout features for this one include light and dark themes, a widget, and multiple account management. One of our favorite details is the way in which is will synchronize across all Echofon apps, regardless of platform or device.  This ensures you don’t have to read the same tweets, mentions, or direct messages twice. Future features include mute, gap detection, and in-app browser/in-app picture viewer. 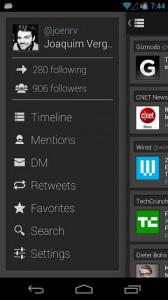 Falcon for Twitter (Donate) – One of the newer Twitter apps we’ve fallen in love with, details include a double sliding menu UI, phone and tablet optimization, and real-time and expandable notifications. Choose from either a light or dark theme and customize this one in nearly every aspect. At $1.99 it is as good as other, more pricey alternatives.

Falcon Pro – Get rid of the pesky ads for under a buck ($.99). Yes, it is lower than the donate version right now. 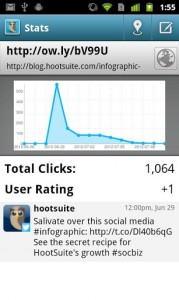 Hootsuite – If you want to manage multiple social networking services with one app, Hootsuite is one of the premier players in the game. In addition to Twitter, you can also maintain your Facebook, LinkedIn, and Foursquare accounts. Details include the ability to schedule Twitter updates, upload photos, view click stats, and receive notifications. 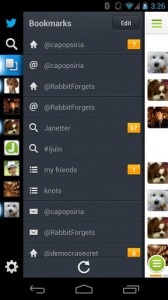 Janetter – Popular on Windows and Mac, this app handles multiple (limited to three) accounts, features long press shortcuts, and allows for muting keywords or users. Create a bunch of bookmarks and synchronize your favorite keywords, lists, or lists at once.

Janetter Pro – For $6.99 users will remove the timeline ads and pick up support for up to 7 accounts. 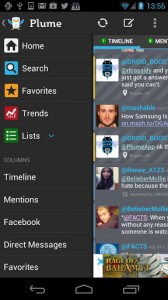 Plume – Formerly known as Touiteur, Plume is a highly customizable Twitter client with a scrollable widget. If you’re the kind of person who likes to upload and share photos you’ll enjoy being able to choose from no less than eight services, including Lockerz, Twitter, Twitpic, Plixi, YFrog, Posterous, Mobypicture, and MyPict.me. Got someone on your timeline who keeps irritating you or spoiling TV shows? Mute them or the name(s) of your series before relationships are ruined.

Plume Premium – For $4.99, you can pick up the ad-free experience from LevelUp Studio 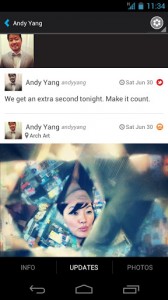 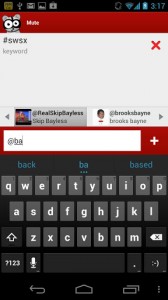 Seesmic – One of the first apps and services to allow for multiple social network and multiple account support, Seesmic is highly flexible.  Post and read updates, photos, and videos with third party services that include Twitpic, picplz, Yfrog, Lockerz, MobyPicture,and Instagram.

Seesmic Pro – For $2.99 you can combine views from multiple accounts into one timeline, meaning Facebook and Twitter in one screen. That, and you’ll also help fund further development. 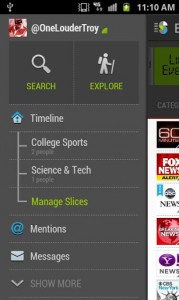 Slices for Twitter– In addition to your standard fare of Twitter features, Slices makes discovery quite fun. We like to use this one to follow live events and hop around various categories. For those who prefer to organize users into lists or streams, this Twitter app can auto-detect and categorize the people you follow. TweetCaster – Staying with the same developer (OneLouder), TweetCaster is an old-school favorite of ours. Rich in features and customization, users can take advantage of multiple color schemes, photo filters, speak-to-Tweet, and a number of widget options.  Keep your place across different devices with TweetMarker or save your links to read later on Instapaper, Pocket, and Readability. 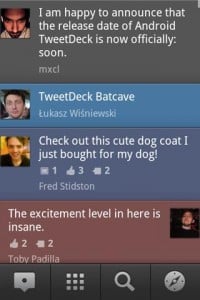 TweetDeck – While this one might not be getting any future love, it’s still a popular Twitter client. Details include multiple columns and social networking services and a simple (read: very basic) interface. Also works with Foursquare and, for those with a time machine, Google Buzz. Twicca – It is difficult to talk about this one without making it sound like an average Twitter app. Spend a few minutes with it, however, and you’ll see it is anything but. Standard options for Twicca include multiple accounts, a widget, local trending topics, plugin-in support, and saved searches. Twidroyd – If you were in the Android space back in 2008-2009 then you’ll certainly recall the way Twidroyd ruled the roost. Although it has not picked up an update in nearly a year, it is full of features that other Twitter apps were late to include. Perfect for older, legacy Android devices. Twitter – Did you know that Twitter offers an official Android app? Of course you did. Getting better all the time, the mobile client is a straightforward experience with photo filters, search, pushed notification settings, and more. Tweetings for Twitter – Based on the open source project (Twidere), this app has all the features you’ll find in other, even paid, clients. One of our favorite features is letting it auto-update on Wi-Fi connection and keeping us in touch with everyone else. One of the newer Twitter apps but definitely one to keep an eye on. UberSocial for Twitter – Picking up where Twidroyd left off (same developers), this one is chock full of user-defined settings. Set up multiple accounts and pick custom notifications so you know who is tweeting and whether it’s related to your personal or business profile. Handy features include pull or shake to refresh as well as the ability to preview links, videos and images in your timeline.