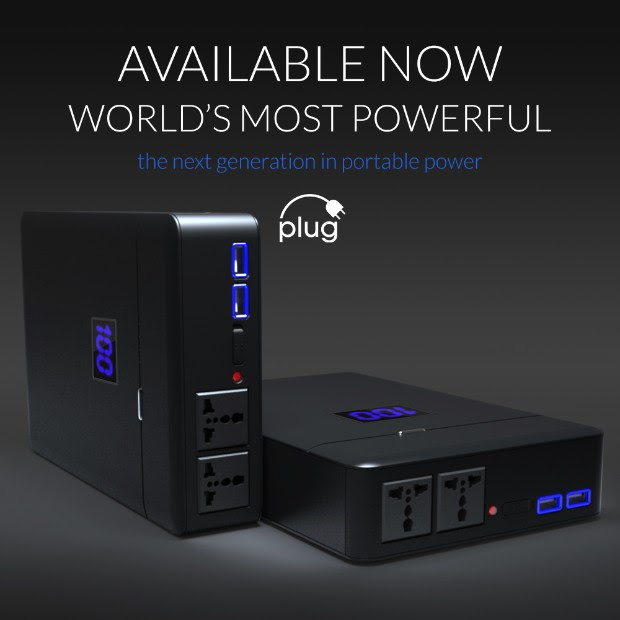 The whole Galaxy Note 7 battery fiasco is getting really tiring to read about every single day. The world moves on. There’s other tech out there that was released at CTIA last week that’s pretty cool and worth checking out.

PLUG – The World’s Most Powerful Battery Pack – at Indiegogo

Our need for portable power increases with every advance in mobile technology. While mobile battery packs for smartphones are just about as common as wireless speakers, they are in limited supply for laptops. Laptops demand much more power than our smartphones and tablets, and the options for staying powered are limited. There’s the 50,000mAh MAXOAK power bank for laptops at Amazon, but it’s restricted to certain laptops with charging adapters which cuts out common brands such as Apple’s Macbooks and Microsoft’s Surface Pros.

ChargeTech Enterprises in Newport Beach, CA has released its all new 48,000mAh portable power bank that has two AC outlets, a USB Type-C port, and two fast charging USB ports which can charge any laptop, smartphone or tablet. The AC outlets are identical to what you use when you plug your electronics into wall outlets. 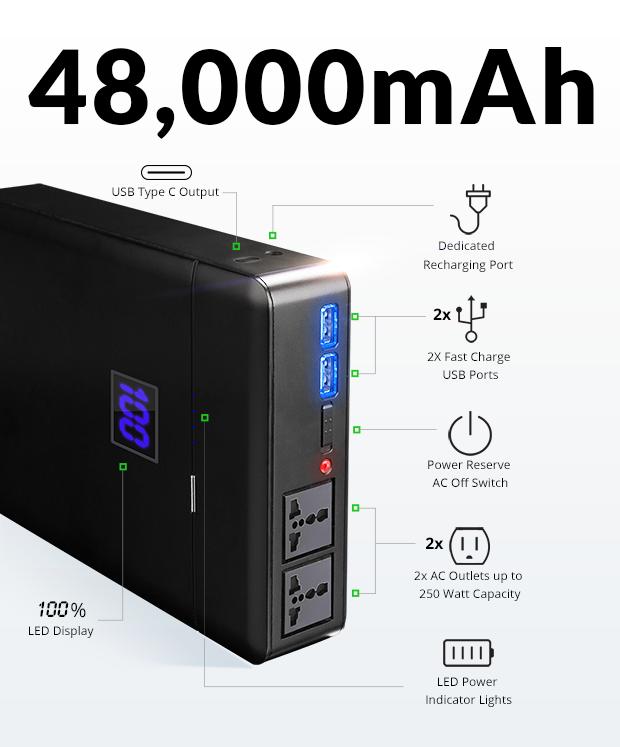 The Indiegogo campaign is already a massive success, which clearly shows the need for a power bank of this style. Early Bird backers can grab the PLUG for just $199 which is 40% off the retail price when it comes out. What’s also cool is the battery is capable of being charged through solar panels, meaning this is the battery you want on long backpacking trips, camping trips or as a source of emergency power in natural disasters. Or you could just use it to power a TV at the beach. Check out the PLUG Indiego campaign here. 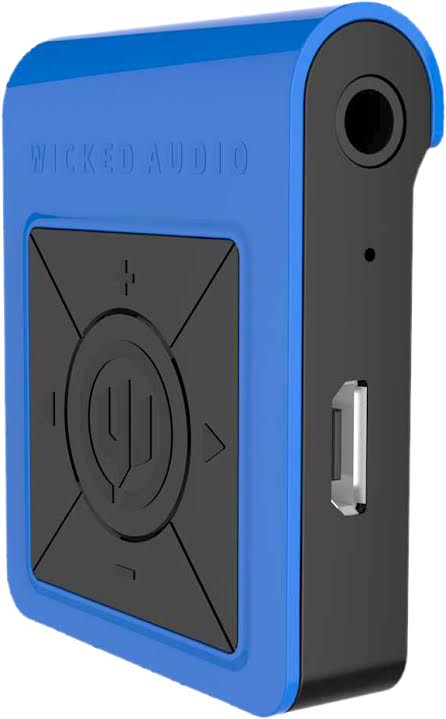 You most likely saw Apple’s new iPhone 7 and the courageous decision to go wireless by removing the 3.5mm audio jack last week. The only thing that confuses me about going wireless, is why didn’t Apple add in wireless charging to the iPhone if they believe cutting the cord is the way of the future?

Wicked Audio has released a Bluetooth audio receiver (Reach) for those of you who own Androids or pre-ordered the new iPhone 7 without the century old 3.5mm audio jack. It’s a small and battery powered dongle that converts any analog headphones, with a 3.5mm audio input, into wireless headphones. You no longer have to worry about buying adapters, and special USB Type-C or Lightning headphones, for your 3.5mm jack-less smartphones.

The Reach is rated for five hour battery life, and comes with Bluetooth 4.2 which can connect to any smartphone on the market today. It measures in at 1.5″ x 1.25″ x.25″ and will retail for just $19.99 in the near future at Walmart, Hudson News and Wickedaudio.com.

Experts predict that one in five Americans will develop skin cancer in their lifetime. It’s more common than breast, prostate, liver, and colon cancer, yet many of us do nothing to prevent it. The key to beating skin cancer is prevention. Most of us don’t put on sunblock because it’s greasy, oily and needs to be reapplied. Or we are just too lazy.

There’s a cool new Kickstarter campaign aimed to help prevent skin cancer by monitoring how much UV light you get per day. The Sunclipse Shadow is a brand new device that monitors UV exposure and reports it to you in a way that makes sense.

The Sunclipse App will automatically notify you when:

The Sunclipse Shadow connects to your smartphones/tablets through the already available apps at the Apple App Store and the Google Play Store. Of all of the gadgets you own, this one makes the most sense in preventing a life altering event. It’s just $40 for Super Early Bird backers. Check it out at Kickstarter.com. 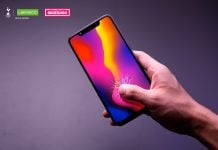