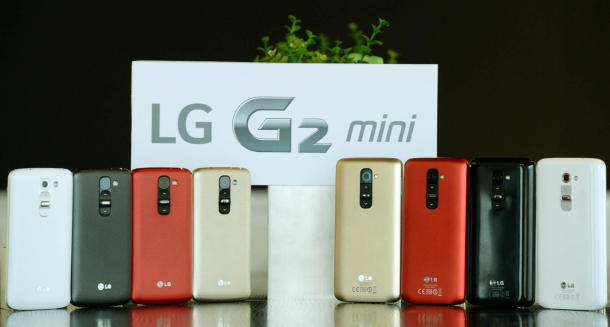 A few days ago, LG posted a photo on Facebook hinting at a Mobile World Congress launch date for the LG G2 mini. The company came out today, ahead of the launch date, and officially announced the new miniature phone.

A decent amount of the specs were already leaked, so there isn’t a whole lot of surprise. Sony’s take at a mini phone with the Z1 Compact is something to aspire to. While encompassing a smaller screen size, it boasts almost all the same specifications as the Z1. Sadly, it’s a different story for the G2 mini.

Probably the most notable feature is that it’s launching with Android 4.4 Kit Kat, something that we didn’t think would make it on the phone right away. On top of launching with Kit Kat, the mini includes LG’s Guest Mode and other features.

It will be available in Russia beginning in March, and will quickly roll out to the Middle East, Asia, Europe, and Latin America. There is no word on a US release quite yet, but we will cover that as soon as we can.

As you can see, the specs are so-so, and they definitely don’t compare to the G2 the way we would like them to. Hopefully LG recognizes this and sells it for a good price, considering the sacrifices. Keep checking back for more on the G2 mini and other MWC 2014 coverage!

UPDATE: Here are the official specs released from LG.