The official rollout of Android 7.0 Nougat has commenced, starting this week with a select number of devices in the Nexus and Pixel line. Although it might not appear so on the surface, the latest version of Android brings about plenty of features and details that you’ll surely want on your smartphone. Some are add convenience, some bring about better productivity, and others do something else noteworthy.

Fortunately, this time around Google was giving handset makers and developers much earlier access to the Android N software. Hopefully this means we’ll get quicker updates from OEMs and wireless service providers.

While it might still be a few months before your brand or carrier releases this version of Android, it’s sure to come for many of the flagships and models offered over the last year or so. And, even though some of these details might be tucked away or re-skinned to match the UI of your device, you should still look forward to them.

Below you’ll find seven reasons that you’ll want to install Android 7.0 on your smartphone. Although there are plenty of finer details to be found in the build, these are what should be most important to most of you.

First introduced in Android 6.0, the Doze feature gets even smarter in this year’s build. With Nougat, Doze puts your phone into low power consumption modes even when you’re out and about. Yes, even when it’s tossing about in your pocket, Doze is doing its part to preserve battery life.

Is your notification shade a hot mess of available updates, incoming messages, alerts, and missed calls? Look for Android 7.0 to clean that up with the bundled notifications; apps can group your notifications into much more digestable bundles with an option to expand them for more detail. 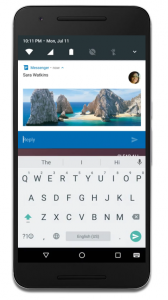 Similar to what you’ll find in Android Wear and the recent versions of Google Hangouts for Android, you’ll be able to reply to messages directly inside of the notification shade. This keeps you from having to open an app just to reply to your contacts. We love this little time saver in Hangouts and look forward to seeing other apps integrate the option.

With phones you’ll be able to run two applications side by side in a split-screen mode. It’s not new if you’ve been using Samsung devices over the last few generations, but it’s definitely convenient. We’re glad to see this at a platform level so that other OEMs benefit. This was a major paint point for Pixel C users who were looking to boost productivity.

For those who have an Android TV device, a similar picture-in-picture mode makes it so you can watch your current video while browsing or changing settings.

Who doesn’t love to insert a goofy graphic as part of a message these days? With 72 new emoji in Android 7.0, there are now 1,500+ to choose from, including those that look like real people. As much as we like those silly yellow blob guys in Android, we’re happy to see the change in Nougat. 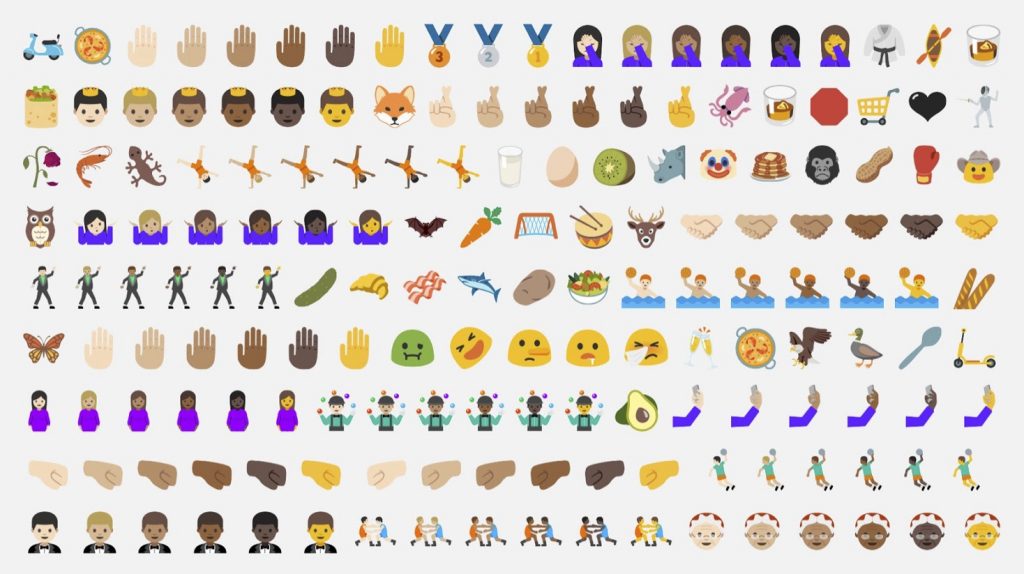 A key reason to stay current with any software platform, security is exactly that: peace of mind. Android 7.0 Nougat delivers a number of improvements in this area, including using a smarter “trusted face” for unlocking your device, file-based encryption, and direct booting that delivers notifications before you even log in with a password.

One feature we’re certainly looking forward to comes in the area of seamless software updates. Like it does with Chrome, Google will let you download and sync Android software updates in the background. It’s only available for select devices so we’re hoping to see this one on our next phone. 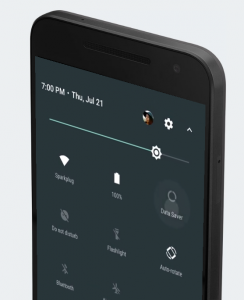 Android 7.0 Nougat gives users more control over their device than ever before. The latest release offers up goodies such as customized quick settings and tiles, suggestions for settings, and a “clear all” option in Overview for closing down background apps.

Other gems include Emergency Info for adding blood type, allergies, and an emergency contact, all accessible from the lock screen. Speaking of which, you can also have separate wallpapers from the home screen and lock screen. Oh, and who hasn’t always wanted to adjust the size of text, icons, and other items? 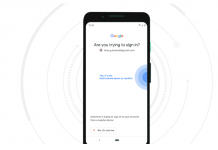 Android phones can now be used as hardware keys

Bluboo D5 Pro is a sleek, yet budget smartphone, now on pre-sale (Promoted)