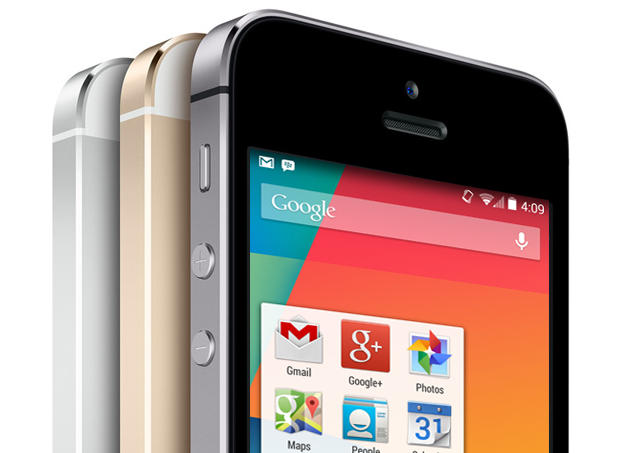 I finally got back to San Diego, after a ten day holiday vacation with my family. I had a great time celebrating and feasting with the ones I love.

Being an Editor/Writer for AndroidGuys.com comes with a whole host of job duties that aren’t part of what I signed up for – like being the family and friends I.T. guy from the moment I get to my hometown. The ironic part of these duties is I spend more time helping those with iPhones than those with Android devices. It’s probably just a coincidence that I had to help more people with iPhones, but it definitely got me pondering why people pay so much for so little. Or maybe I just know more people with iPhones.

I know the rhetoric is old between who is better between iOS and Android, and I am not here to rekindle that fire. Instead I just want to bring to light some of the things I have pondered when I was on my travels home. 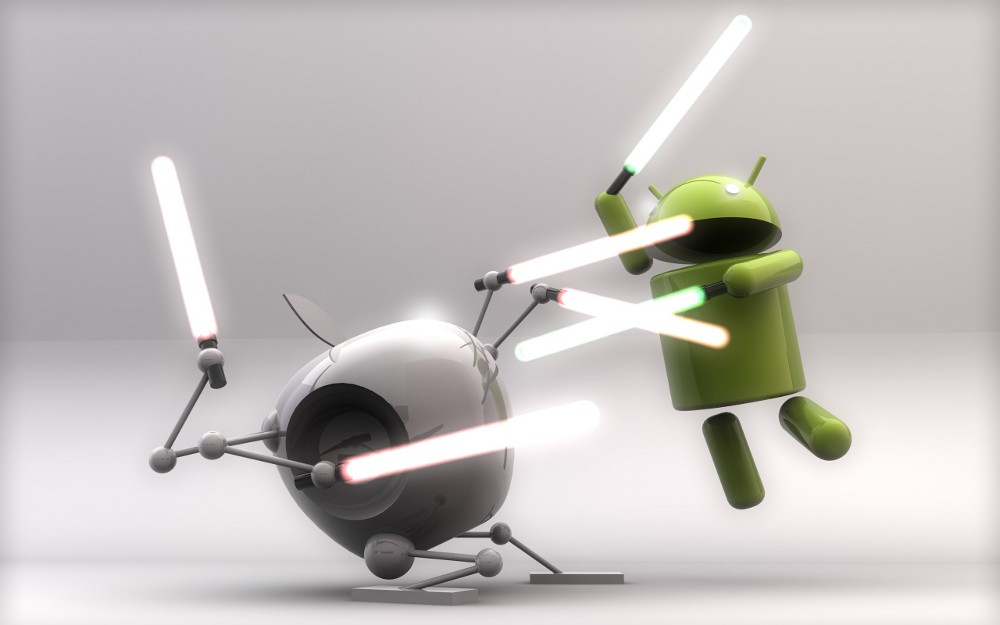 The Apple iPhone 6s Plus specs: Nothing to write home about

The main specs, at least the ones that most of us care about, are the dual core processor, the 5.5″ 1080p IPS display, 16GB of non-expandable memory, 2GB of RAM, 12MP camera and the 2750mAh battery. And it also has that important all-metal uni-body build that we care so much about.

On paper the specs are about as good as a flagship Android device from 2012. Regardless, there are still brand new Android phones being sold with similar type specs. The Outkitel K6000 from Gearbest.com runs $120 with free shipping, has a quad core processor, 2GB of RAM, 16GB of memory, a 5.5″ 720p display, 13MP rear camera, and a 6000mAh battery. It also has a mostly metal build and is 2mm thicker due to that extra large battery.

Remember the key features of the Oukitel K6000 are that it costs an incredibly low price of $120, and it has a battery life rating of 96 hours for talk time. That’s over six times cheaper than the iPhone 6s Plus and it outlasts the battery life by four times. I know the Oukitel K6000 doesn’t run iOS, but it does run Android 5.1, and you could buy a new version, every year until 2022 and still save yourself money. I highly doubt the iPhone 6s Plus will survive six straight years of usage, and Apple most likely won’t support it in 2022 too.

I’ll compare another unlocked Android smartphone, just in case you really want a better screen. The Elephone Vowney can be had for the low price of $300-330 and it comes with a 2k IPS LCD display. It also comes with a whole bunch more hardware for half the cost, so it isn’t quite fair to compare the Vowney to the iPhone 6s Plus on the hardware front because it simply blows it out of the water. See below:

Hardware wise the iPhone 6s Plus doesn’t even come close to the Elephone Vowney and yet it still costs over twice as much.

What is it about iOS that people love so much?

Many people like to make claims that iOS is safer and Apple doesn’t mine individual’s data from things like email or web browsing. This simply isn’t true. Android is safe, if not safer than iOS, and Google mines data no differently than Apple. Even with Google’s latest software, you can even control exactly how much information you want to give out.

What doesn’t make sense to me when people make this claim is those same people use Google to search. As of Nov. 2015, Google Search dominates the search engine market with 71% market share so there is a good chance those iPhone users are using Google software. Yahoo comes in behind Google at 12% market share.

The search engine is just one thing…

Most people also have a Gmail account to serve as their primary email service. Gmail dominates Apple when is comes to email and Android phones can use Google’s own Gmail just like Apple iPhones do too. So for those who worry about Google mining their data, it might be better if you go to someone else like hotmail or yahoo. But then you’re just giving them your information instead of Google.

Not only does Google dominate Apple when it comes to pricing of hardware, but many iPhone users would probably not be happy campers if Google never shared its software like Apple doesn’t with Google. Although Apple finally did share Apple Music with Android users this year so Apple doesn’t completely lock down its software.

I’m sure Yahoo or Bing wouldn’t mind if Google took away its search capability from iPhones, but those users probably wouldn’t be happy considering 71% if the market share goes to Google Search. And Apple Maps has been a mess since it was released while never even coming close to the power of Google Maps.

Google has made security the most important factor in its software and offered two factor identification years ago. Not only that, but Google also gives three times the amount of free storage(15GB) to back up all of that information. The cherry on top is unlimited free photo storage on Google Photos and its free to both Android and iOS users.

Some software like Waze is so deeply integrated into Google software that people don’t even know it. My brother owns an iPhone 6 and keeps telling me to download Waze. I keep telling him that Google integrates it into Google Maps already and through Google Now. But like most Apple users, he simply won’t listen. Regardless, he still loves Waze and continues to sell Google to his friends without even knowing it. 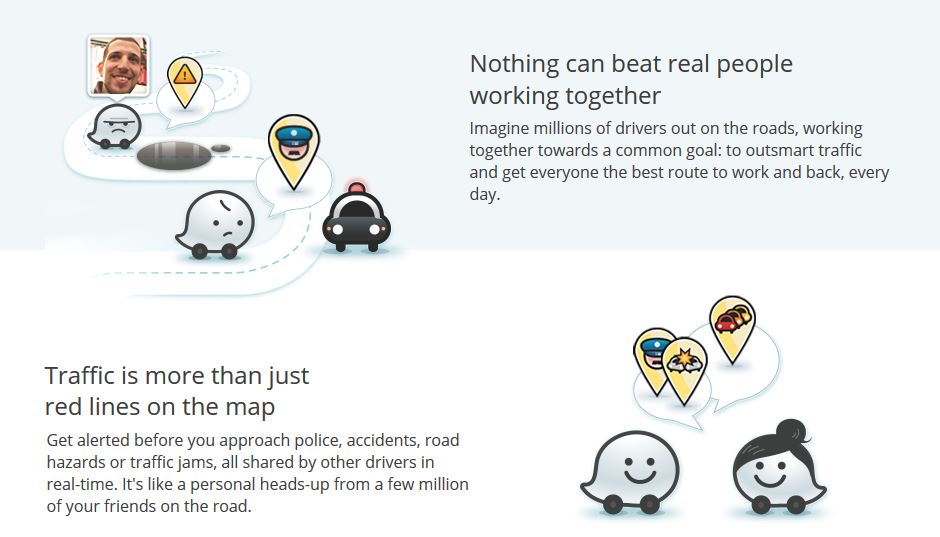 Apple is like the spoiled child who doesn’t know how to share. Google is the sibling who knows better and shares everything as it lives up to its founders motto of “Don’t be Evil”. Many iOS users would probably not be as happy with their iPhones without the free software from Google. I wonder what their lives would be like without Google Search, YouTube and Google Maps.

Many investors are downgrading Apple stock

According to the Wall Street Journal, investors in Apple want more. Many are downgrading the lucrative stock because Apple is running out of new ways to generate income. Only so many people in this world are willing to pay for the super expensive $750 iPhone and Apple’s stock price is down 2%  this year. Yes Apple is still the most valuable company on this planet, but Blackberry, Motorola and Nokia once ruled the mobile phone market too.

Steve Jobs powered Apple and without him they are not the same. It is unrealistic to expect to replace a once in a lifetime type person like Steve Jobs. Now being further removed from Steve Jobs, Apple is starting to falter.

As consumers are becoming better educated, and wireless carriers do away with the two-year contract, many are starting to see the true cost of iPhones. There are dozens, if not hundreds of alternatives to the iPhone and they all run Android. If the iPhone ran Android, it would cost $120 based on hardware specs. But we all know the added price comes in that easy to use iOS platform. Is it really worth the extra money?

I know I am going to get my fair share of hatemail and trollish comments on this topic. But there’s that old saying that my momma taught me:

Sticks and stones may break my bones, but I’m still paying less for my phones.