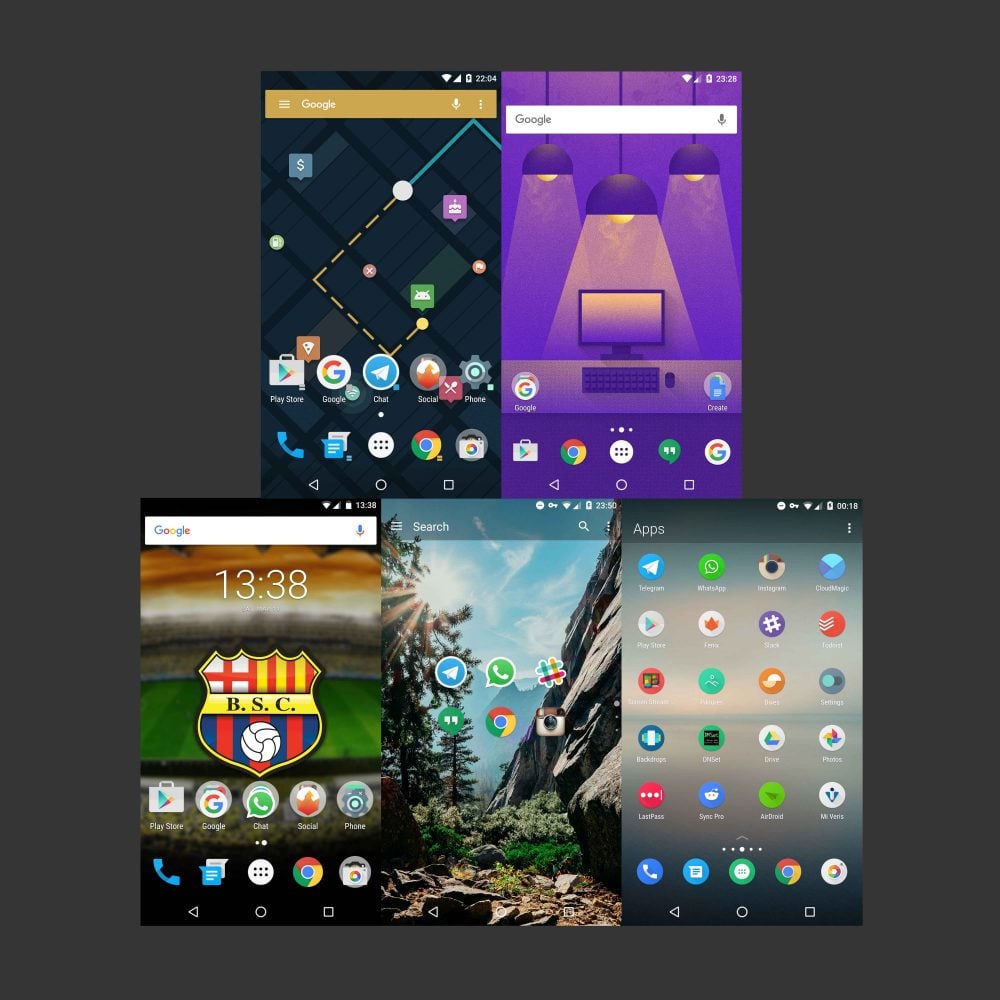 Like you, dear reader, we here at AndroidGuys are huge fans of Android and its breadth of customization. We love few things more than changing things up because they simply don’t suit our needs. Or, perhaps we’re bored and new a fresh coat of paint. Perhaps you simply don’t like the icons that come with your phone. Well, you can change that.

Android allows you to change many things, but sometimes the phone manufacturer only allows us to do so much with its software. This aspect of the software or user experience is called a launcher. For a detailed look at what a launcher is, read this post. For the sake of this article, simply know that a launcher is a way to change the way your phone behaves from the main screen.

Launchers are a unique way to totally customize your phone; there are a number of them on the market with plenty of personalization. While most offer options such as icon pack support others may have special features like drawers that slide out.

Sometimes you’ll hear the word stock used as it pertains to Android. There are two ways you might interpret this so we’ll do that here. Stock Android means it’s the leanest and cleanest version of what Google releases for phones. A “stock launcher” is the one that comes in your phone. Note that the launcher could have another name, though. Samsung’s UI is known as TouchWiz or TouchWiz Nature UX while other past and present stock launchers include HTC Sense, LG Home, and Xiaomi Mi. They come with the phone, yes, but they are not the same as what comes in a pure Android experience.

If you’re worried that these changes to your phone might be permanent, don’t. Launchers work the same as any app: uninstall it and you’re back to where you started. No harm, No foul.

We’ve decided to show off the launchers we’re currently using on our daily drivers. What you’ll find below is , whether it the launchers already on our phones or the ones we get from the Play Store.

Scottie Rowland: What I enjoy about Action Launcher 3 are the many ways you can theme your phone. For me, the best feature is its auto theme ability. It’s able to pick up on your wallpaper and give you appropriate colors for your phone automatically.

Then there are the two different slideouts from the left and right. Quickdrawer (which I leave turned off) houses all your apps, while sliding out from the right gives you the Quickpage. The Quickpage lets you stash apps and widgets of your choice. There are too many things about Action Launcher to mention in a couple of paragraphs, but these are the main reasons I use Action Launcher 3. Download Action Launcher 3

Derrick Miyao:  My launcher of choice is the Google Now Launcher on my Samsung Galaxy S7 edge. While I do appreciate Samsung’s recent effort to dial back TouchWiz, I prefer the simplicity of Google’s design of its user interface better.

I truly love the Google Now Cards which keep me notified of what is in my calendar, what’s going on around me, when my next flight is scheduled for, stock ticker updates, seven-day weather forecast, and the latest news that is important to my interests. I also like the Google Now Launcher for keeping my app drawer in alphabetical order, something TouchWiz does not do automatically, with the four most recently used apps at the top.

No matter which Android smartphone I am using, the first thing I do is install the Google Now Launcher and so should you.

Daniel Treccagnoli: I, too, like Google Now Launcher. It’s essentially Google’s version of stock Android and I like the basic look and feel that it offers. The Google Now access from the left-most screen is very handy and something I use often. The overall aesthetic of the Google Now Launcher just feels perfect to me.

Josiah Ward: I originally started using ADW for a review I did and have since come to love the customization on it. I have even installed it on all my devices. As opposed to the simple ability to change the icon pack or grid size on other custom launchers, ADW lets you customize everything. You can customize the colors of it with a theme, create your own widgets, change the folder style, customize gestures.

On my setup, I added a clickable icon on my persistent search bar as a shortcut to Slack and applied the theme Durgon. There are so many other things you can change within the settings that I haven’t even dove into yet. Download ADW Launcher | Beta Link

Scott Webster: For me, Nova Launcher is a great way to ensure that every single phone I test and use has the same user interface. I’ll often load this on a device once it becomes my daily driver. The flexibility and customization are among the best I’ve ever seen, and I find new ways to set up all the time. Import and exporting my layouts is a breeze; I can pick up exactly where I left off with a previous phone.

As for this particular look, it’s a single screen that tucks everything into the app drawer. Once in there, however, you’ll find apps organized into different groups. All of the Google apps are in one place, all of the UI stuff for the phone and any watches, is in another. This layout can be known to confuse other people, but I love it. Download Nova Launcher

Jason Botha: I am still using my stock G4 launcher (Home) as I feel that it fulfills all my needs. It’s fast and has all the built in features that other launchers cannot offer. I am not really interested in changing my icons and theming my screen; I’d rather have something a bit more simple. It works for me, and it works perfectly.

I have on several occasions tried other launchers like Nova but found myself returning to the G4 launcher.

I think it’s simply a case of personal preference. I like the G4 software. I like the default icons. I love the stock widgets and features that LG has locked down and as such are not available with other launchers.

Like I said, I try to mix it up a bit but always find myself returning to the stock launcher. 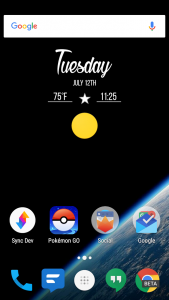 Matt Adams: I use a stock launcher. Currently I’m rocking the OnePlus 3 so the stock Oxygen OS is my launcher of choice. I don’t need much customization, just enough room to place the folders and icons I want at the bottom and a nice clock and weather widget at the top. My widget currently is from Trident collection and is called Royal Vintage. It’s pretty customizable but I like to keep it simple, just like the rest of my homescreen. I don’t load up on icons or crazy themes. I like to leverage the best thing about Android, the app drawer, to keep my interface organized.

So there you have it, these are the launchers that some of us at AndroidGuys use. As you can see everyone has a little different taste when it comes to how our phones look and act. That’s what’s great about Android – we are free to change things as we please.