The Samsung Galaxy S8 Active was announced last month as an AT&T exclusive. Coming with a rugged design and a larger battery, the Galaxy S8 Active has many fans. And the good news is that soon a new version might become available. 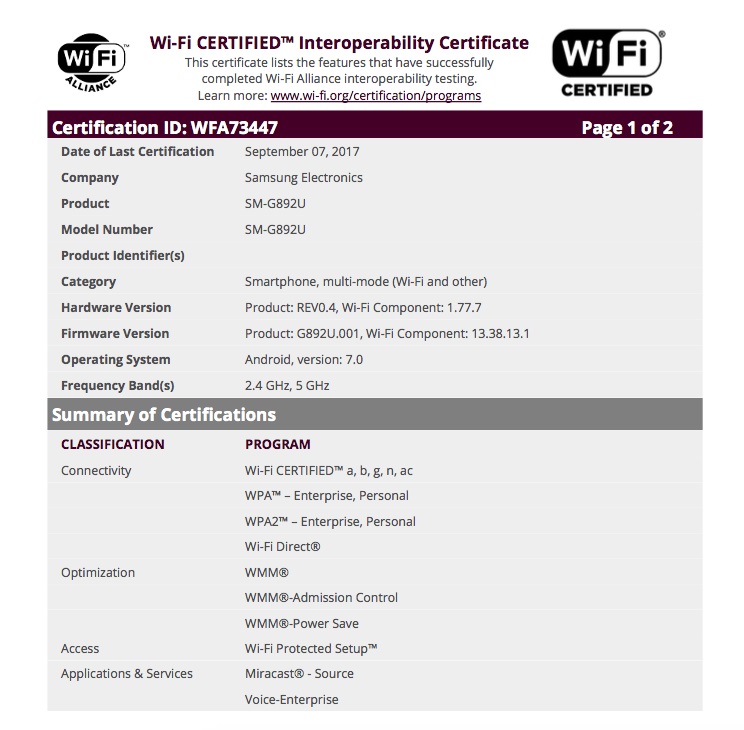 And in all possibility, this could be a new version of the Galaxy S8 Active, most likely the global unlocked one. How so? Well just take a look at the model numbers of the current and previous Active models and you’ll see what we mean:

The added “U” at the end seems to indicate that the model spotted in the Wi-Fi Alliance is the unlocked Galaxy S8 Active.

If this speculation is correct, the S8 Active will be the first phone from the Active lineup to launch outside AT&T since the advent of the Galaxy S5 Active (which by the way boasted model number G870A).

We can’t say we’re surprised by this development, since back when the S8 Active launched Samsung mysteriously mentioned that AT&T will hold exclusivity for the device for a limited time. Now we know why.