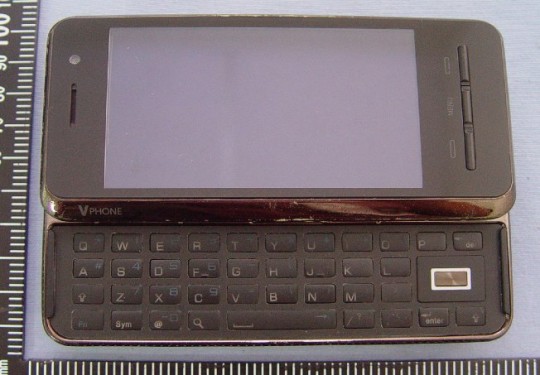 According to an FCC filing, the next Android device for Verizon may be the Saygus (who?) VPhone V1. While this has yet to be confirmed, the evidence is pretty convincing. Saygus’ own web site talks about a third Android device coming to Verizon (link – Unstrung News Analysis).

Apparently the device doesn’t have a 3.5mm headphone jack, though peripherals can be connected via its mini USB port [yawn]. From the available pictures, I find this phone to be a tad on the ugly side. I’m sure the final build will be nice though. After all, it has to live up to Verizon’s standards, doesn’t it? [sarcasm]

Here are the known specs…

The one thing that excites me about this phone is the front facing camera. I’ve always said that implementing video chat has to be a priority for phone makers. I guess it may soon be a reality.

For more pictures, head on over to SlashGear.