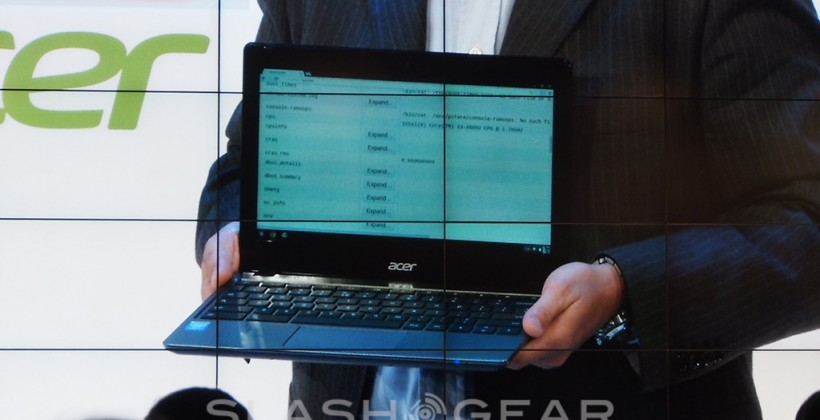 During today’s press event in New York City, Acer announced a variation to their Chromebook (C720) lineup.  This new model will sport an Intel i3 processor within, dubbing it the “most powerful Chromebook on the market”.  This is a marked shift from the traditional Celeron/Haswell processors the current crop of Chromebooks contain.  A base 11/12″ model is expected this summer, with potentially larger screen models coming later.