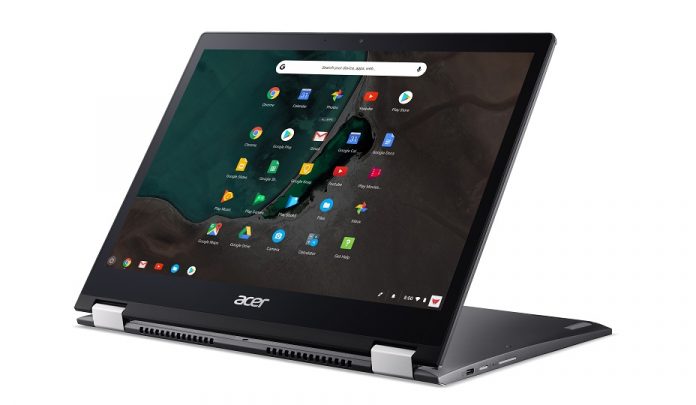 Starting in September, the Chromebook 13 and 13 Spin will be available for $649.99 and $749.99 respectively at select retailers  Indeed, these are expensive laptops, but not as expensive as the $1,000 Pixelbook. At least not the entry-level models, anyway.

In case you forgot the Chromebook 13 is the one that features a traditional clamshell hinge. While the Spin variation uses a 360-degree swivel hinge, so you can flip the touchscreen all the way up for a tablet-like experience.

Both Chromebook 13 laptops feature 13.5-inch touchscreen displays with 2,256 x 1,504 resolution and feature an all-aluminium chassis. Obviously, the laptops run Chrome OS, but they support both Chrome and Android apps you can download from the Google Play Store.

There are various internal configurations to choose from for your new Acer laptop, as follows:

Note that the Chromebook 13 also works with a stylus that can be docked inside the base of the laptop. That is included in the package. In contrast, you’ll have to pay an additional $99 to get yourself e stylus for the Pixelbook.

What do you think of Acer’s line of premium Chromebooks? Will you be getting one? Let us known in the comment section below.