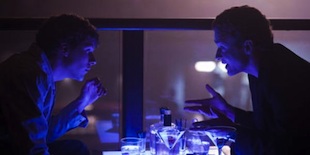 You know that line in The Social Network where Justin Timberlake’s character says, “…a million dollars is not cool. You know what is cool? A billion dollars“?  That the first thing I thought of when I learned that Acer plans to release Android-based tablets in 2011 with Intel’s Sandy Bridge processors. Yup, that’s quad-core prowess they are talking about.  According to Computer World, Acer expects to offer a couple of new tablets in the first half of 2011 with our favorite mobile OS running the show.  One will be a 7-inch model whereas another should be a 10-inch version.  As the demand shifts from netbooks to tablets, Acer will change their own focus, eventually phasing out netbooks.

A dual-core tablet is not cool.  You know what is cool? A quad-core tablet.

Anyone willing to give Acer a crack at their wallet?  Do they have what it takes or will they fall somewhere in line with Dell’s Android efforts.