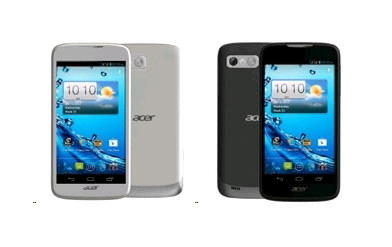 Acer today announced its next Android smartphone, the Liquid Gallant and its dual-SIM variant, the Liquid Gallant Pro.  Due starting in September, the phones are entry-level priced with specs that make for a great first Android device.  Details include a 1GHz processor, 4GB internal storage, 1GB RAM, a 5-megapixel camera, and microSD expansion.  Available in Gentle Black and Ceramic White color options, the two also come with your typical Android requisites including Wi-Fi, Bluetooth, GPS, and a 1500 mAh battery.

Pricing is around $235 off-contract and pre-orders have apparently been offered for more than a few weeks now.  Based on history, we’d not expect to see either model offered in the United States, especially with a carrier.