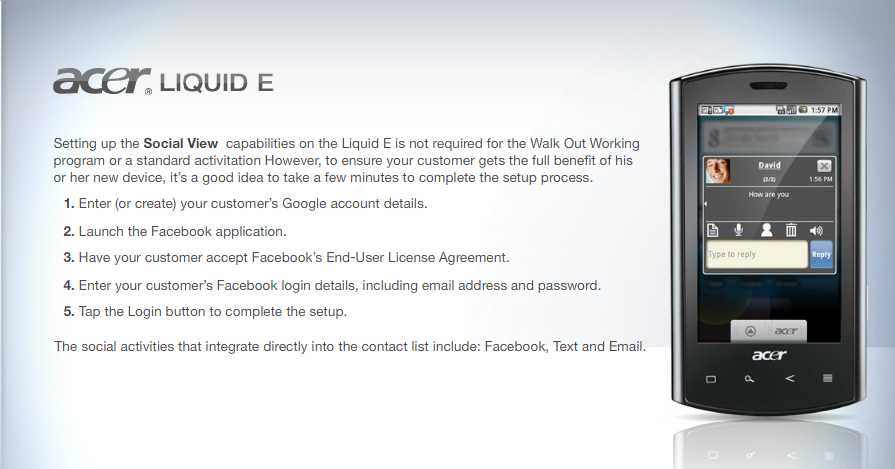 Announced months back, it now looks like Rogers will soon be releasing the Acer Liquid E. There is no exact release date known yet but we will be sure to let you know as soon as we do! It isn’t the prettiest Android phone, but we have seen that with Android it’s usually the less eye-appealing ones that get all the brains and brawn. The phone packs the following:

Pictured above is Roger’s set-up instructions for Facebook on the Acer Liquid E. Rogers has recently announced a built-in feature called Social View, which is just a name for phones that sync social networking data to the device’s standard contact book for easy access. The Acer Liquid E will include this Social View ability.