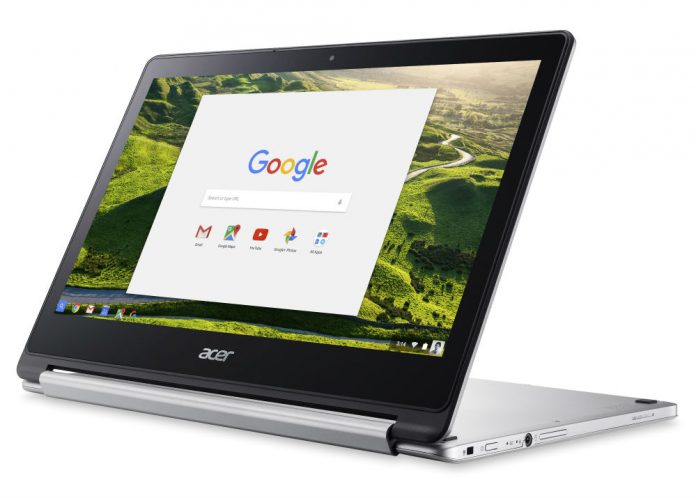 IFA 2016 in Berlin, Germany kicks off on Friday and we’re already seeing companies detail its new product lineups. Acer is one of the first to take the wraps off the new devices that will be offered up to consumers soon. Of note are some very interesting phones, a brand new tablet, and a compelling Chromebook. Let’s take a look.

The two newest phones coming from Acer are new phones in the “Liquid” lineup. The little brother, the Liquid Z6 is a budget device that launches with Android 6.0 Marshmallow, a 5″ display, MediaTek MT6737 processor, 1GB of RAM, 8GB of storage, and an 8MP camera on the rear of the phone with a 2MP shooter on the front.

Its big brother, the Liquid Z6 Plus is much closer to a flagship device. The Plus has a 5.5″ display, MediaTek MT6753 processor, 3GB of RAM, 32GB of storage, 13MP and 5MP cameras and also launches with Android 6.0 Marshmallow. Also of note are the huge battery (4080mAh) and fingerprint scanner that will feature in the Liquid Z6 Plus.

The brand new Acer Iconia Talk S is a new 7″ 4G LTE tablet targeting business professionals. With a 7″ display coming in at 1280 x 720, the Iconia Talk S is more of a huge phone rather than a small tablet. It has dual-sim capabilities, a quad-core processor, and up to 9 hours of battery life. The anti-slip finish enables users to hold onto the large device with one hand and the 13 MP camera allows for great, high-resolution pictures. The Iconia Talk S comes with Acer’s own pre-installed suite of software including the Z Snap, EZ WakeUp, and EZ Utilitiess as well as Microsoft’s Office Suite.

The Acer Iconia Talk S will be available in September and cost roughly $190.

Today Acer all unveiled its newest Chromebook, the R 13. As the name indicated, the Chromebook has a 13″ display with an impressive 1080p resolution. It comes with 4GB of RAM and either 16, 32, or 64GB of onboard storage that can be expanded through a microSD card slot. It also comes with a USB type-C port, 13-hour battery and is able to turn 360-degrees so you can use it as a tablet as well.

1 of 6
Note: Select outbound links may include affiliate tracking codes and AndroidGuys may receive compensation for purchases. Read our policy. As an Amazon Associate we earn from qualifying purchases.