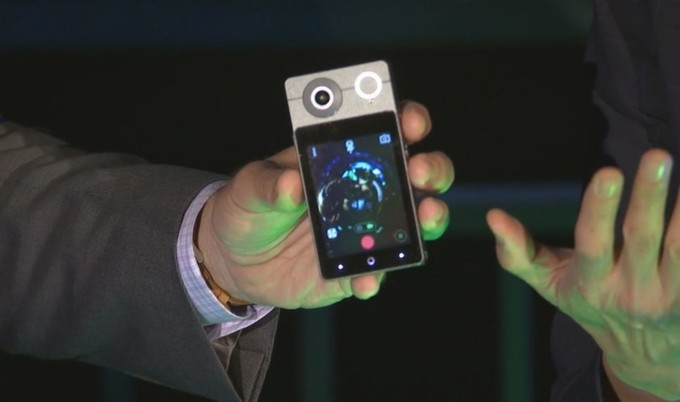 When you hear the name Acer your mind naturally conjures up images of cheap notebooks and monitors, but certainly not cameras. But this might soon change.

The Taiwanese device maker which recently hosted an event in New York put on display a pretty bizarre object – it’s called the Holo 360 and yes, it’s a camera that can shoot 360-degree images and video. But that’s not all, the gizmo is powered by Android and in the good tradition of Google’s mobile operating system, it can also make calls.

You can’t really purchase the device for the time being, as the Holo 360 is probably merely a prototype used by the company to gauge possible interest in the product.

We can tell you the Holo 360 comes with a touchscreen display, but also supports Wi-Fi and 4G LTE. We can only share a single image of the device, which reveals it’s quite portable – as it appears to be smaller than your average smartphone. Information about the amount of megapixels onboard has yet to be disclosed.

It’s currently unclear whether the Holo 360 will be able to run Android apps, or if it will be mainly focused on the photography aspect of things. Nevertheless, Acer’s gizmo might find supporters in users who crave a more minimalist Android phone experience devoid of all the distractions provided by apps and notifications.

Acer didn’t mention anything about the commercial availability of the product or its price-tag.