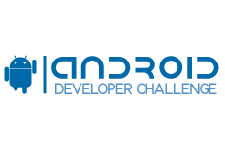 Following up on my earlier post on the Android Developer Challenge 2 (ADC2) judging process, and now that the ADC2 terms and conditions have been released, here are some random suggestions for those of you looking to enter an application.

Take full advantage of that. Bear in mind that the lion’s share of the judging power lies in the hands of ordinary users. If ordinary users think your app is lousy on the Market, they will likely think it is lousy if they judge it in the contest. You may as well start getting that input ASAP, so you can make changes before your contest submission.

Tip #2: Judges Are People, Too

Officially, judges (public and the second-round expert panel) are supposed to judge based on originality, effective use of the platform, aesthetics, and indispensability.

That’s all fine and well, but judges are not only going to judge based on those criteria. They are human, so they will reflect other attitudes towards your application in their scores. For example, if they feel your app is trivial, even if technically you do well on the four criteria, you will likely fare worse than expected. If they experience bugs — not specifically part of the criteria — rest assured they will mark you down somehow, somewhere. And aesthetics, while officially only 25% of the total, will likely affect their attitudes towards the other three criteria.

In other words, don’t feel you can get by just implementing to the four explicit criteria — make sure users will also be generally happy and positive about your app, as that will impact their votes.

You only get to pick one category, and your competition primarily will be other apps in that category. Not all categories will get equal amounts of attention. If your application could conceivably be categorized in more than one of the official categories, you might consider aiming for one that might have fewer or weaker competitors. For example, an application that provides fun, entertaining, educational games for kids might fit Games: Casual/Puzzle, Media (if it involves video clips), Entertainment, Education/Reference, or the ever-popular Miscellaneous. My guess is that Education/Reference would have the fewest competitors, so I would choose it.

Tip #4: English May Be Lingua Franca, But Winners May Be Multilingual

One way to “go the extra mile/kilometer/parsec” for your judges is to run in their language. While the contest rules require English, you can have other language support as well. Not all judges will be from English-speaking countries, in all likelihood. Adding support for other Android Market-supporting languages will help you sway attitudes among non-native English speakers, which should help your scores, even if being multilingual is not necessarily a specific criterion.

Tip #5: Be Rational In Your Expectations

ADC1 had around 1,700 submitted apps. ADC2 has thirty winners. Those odds are not terribly good.

In ADC1, there were a lot of bitter participants, people or groups who put insane amounts of effort into their applications but did not fare well in the somewhat rushed judging process. ADC2, through its short deadline and different judging process, may not have the same issues…but there could be new and exciting issues this time around (e.g., does the judging app work?). Winning ADC2 is nice; losing ADC2 is not a death sentence.