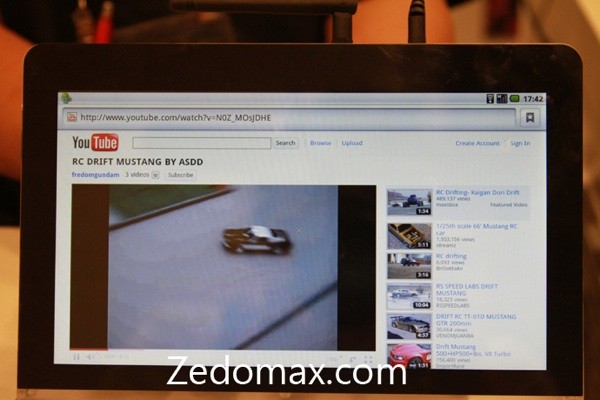 So apparently Adobe is showing off a prototype Android tablet of some kind at the Web 2.0 Expo.  Said tablet happens to play Adobe AIR applications and Adobe flash videos without problem.  The picture to the left is a prototype tablet snapped by an image from zedomax.com.  There are no specs on the tablet itself, but the article talks about the tablet being able to play Wired’s Air Magazine app, and some flash based YouTube videos very well.

Along with the above awesomeness, the article is also claiming that the tablet has multi-touch, although there is no video of that feature.  Who the heck MAKES this thing?  Sign me up for one!  Catch some short videos after the break to watch the tablet in action!