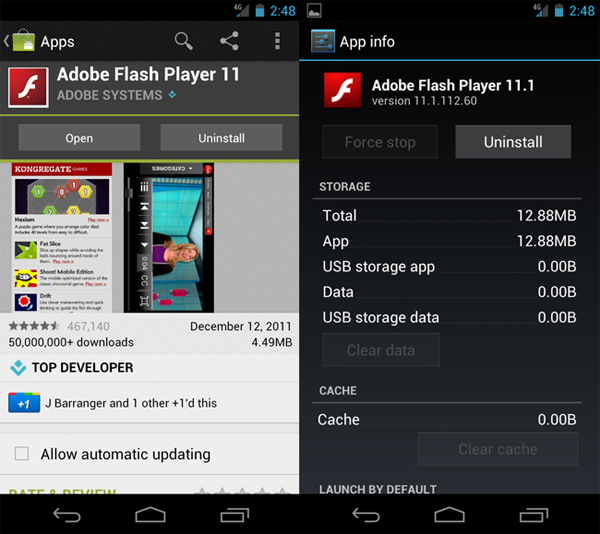 When Adobe announced it would no longer continue to develop Flash Player for mobile browsers, it left the Android community wondering if Ice Cream Sandwich would end up suffering from no flash support. When the Galaxy Nexus launched without Flash support, it further fed the rumors of ICS not getting Flash. Thankfully Adobe released a statement ensuring everyone that they would push out an update to add Flash support for ICS sometime in December.

They’ve finally made good on their promise and it couldn’t have come at a better time. Galaxy Nexus owners will now be able to update to Flash Player 11.1 via the Android Market on their mobile device. Just one more great feature to add to the enormous list of features that come with the Galaxy Nexus and Ice Cream Sandwich.