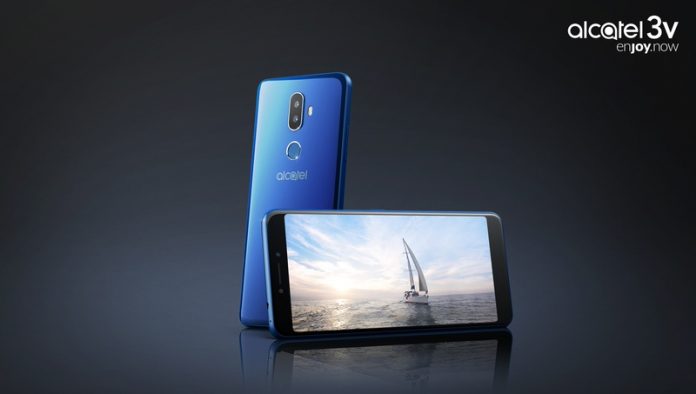 Alcatel recently announced that two of the smartphones it introduced at MWC 2018, namely the Alcatel 1X and Alcatel 3V will launch on the US market.

Both models will be sold unlocked and will become available in the upcoming months. Although the company didn’t offer a specific date.

In case you missed the announcement, the Alcatel 1X is the brand’s first Android Go smartphone. Android Go is a lighter version of Google’s mobile OS optimized to work with low-end phones with 1GB of RAM or less.

Alcatel brings two of its newest models to the US

Yet, unlike most budget phones available on the market, the Alcatel 1X comes boasting a modern 18:9 aspect ratio. It offers the services of a 5.3-inch display with 960 x 480 resolution and includes a 1.28GHz quad-core MediaTek processor with a choice of 1GB or 2GB of RAM and 16GB of internal storage.

When it comes to cameras, the 1X boasts a 13-megapixel rear-facing shooter with f/2.0 and EIS. On the front, there’s an 8-megapixel selfie snapper.

Other specs include a 2,420 mAh battery, LTE, Bluetooth and a fingerprint scanner, a feature available only in the US. Alcatel says the 1X will go on sale for less than $100 in the States.

Moving on, Alcatel will also be launching the 3V, its first phone to come with a dual-camera setup in the US.  Unlike, the 1X the 3V includes better specs like a 6-inch 2K display and 2GB of RAM. The phone will ship with a 1.45GHz quad-core MediaTek processor and either 16GB or 32GB of storage.

Alcatel hasn’t revealed pricing information for the 3V just yet, although we expect it to be priced around $200.

So what do you think of Alcatel’s new phones? Drop us a comment below.