Putting the “pop” in popular, Alcatel announced three new phones in its Pop series: Pop 4, Pop 4+ and Pop 4S. Aiming squarely at the midrange market, these phones don’t offer the latest and greatest, but rather solid offerings for price-conscious consumers. 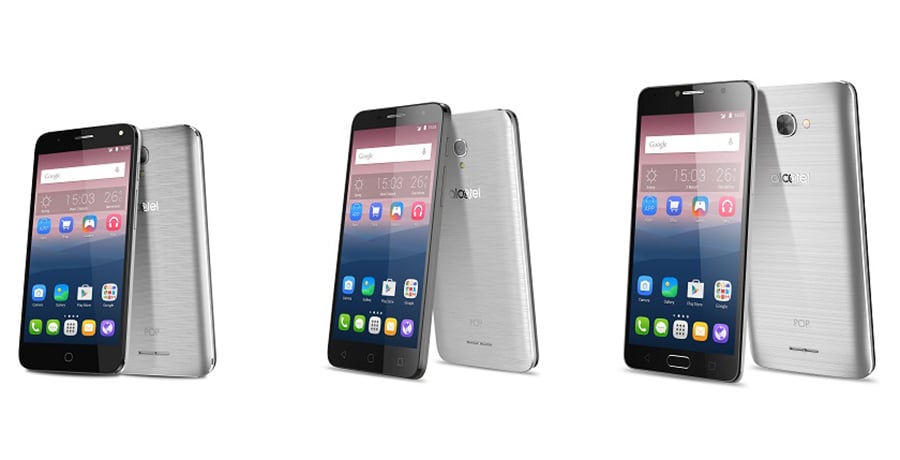 “For consumers in their earlier 20s, we say the POP 4 smartphone is ‘designed by you, inside and out,’” said CW Park, Chief Designer and General Manager of Global Design Center at alcatel. “POP 4 series offers a huge collection of covers to fit every personality. It’s the ultimate tailor-made smartphone because customization is always a top priority for us…”

No word yet on pricing, but the current estimate is in the $200-$300 range. What do you think about these new phones? Let us know in the comments.